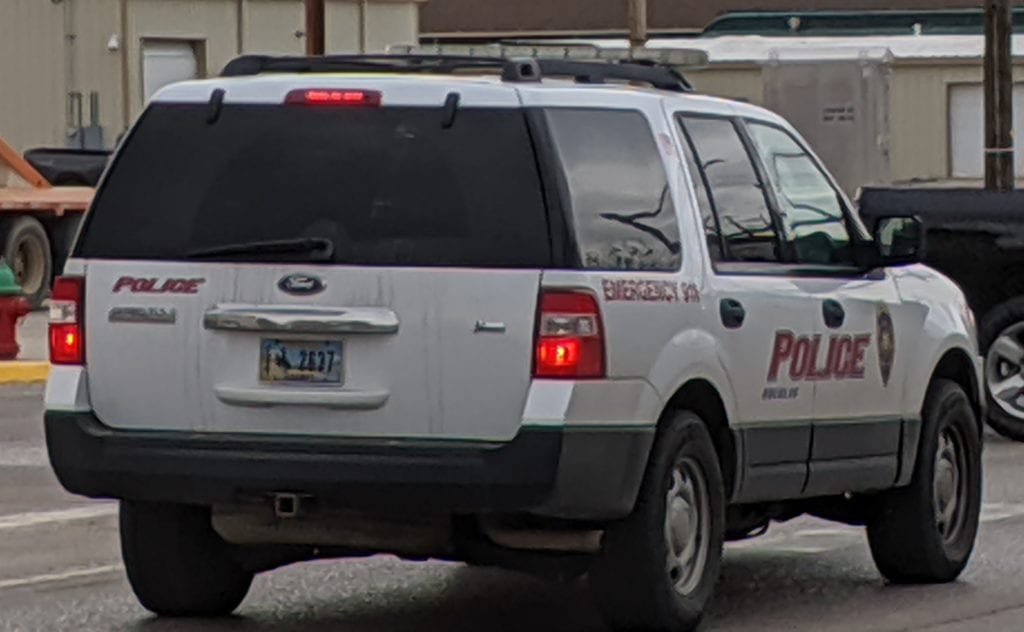 DOUGLAS, Wyo. — Court documents have been released in the case against a Casper man who is accused of 2nd Degree Murder in Converse County, Wyoming.

The stabbing victim in this case, who died died last week at a Wyoming hospital, has been positively identified as 57 year-old Mickey Box, a resident of Casper, Wyoming.

The suspect has been identified as 31 year-old James Box, also of Casper, Wyoming.

The announcement of the men’s identities came from a Douglas Police Department statement released on October 16, 2019.

James Box made his initial appearance in Converse County Circuit Court and is currently being held on a $100,000 cash only bond.

According to an affidavit filed in the case, Douglas Police investigators spoke with James Box on Oct. 13, where the suspect claimed that he and the victim had been in a verbal argument that turned into a physical fight on October 2, 2019.

Police say that James Box claimed that after the initial fight inside the residence, he took a knife from inside a private home and went out to the garage.

The suspect claimed that he was attempting to leave in the victim’s truck, when it was alleged that Mickey Box came at the suspect.

James Box claimed that he had ducked under Mickey Box, then stabbed Mickey twice in the back.

It was then alleged that Mickey Box knelt for a short time in the corner of the garage, before picking up a shovel handle and was alleged to have struck James Box in the shoulder with the shovel handle.

Douglas Police go on to say that James Box claimed that he then got inside the vehicle, and Mickey Box also climbed inside the cab and started hitting James Box, again.

The affidavit then says that James Box then said that he stabbed the victim several times in the chest and side.

Police indicate that Mickey Box died on Oct. 7, 2019, and cited the cause of death as “complications from the stabbing.”

All of those cited or arrested are presumed innocent until convicted in a court of law. Charges are subject to change following official filings from the Converse County District Attorney’s Office.

A request for a booking photo of the suspect in the case was not immediately returned by Converse County officials.