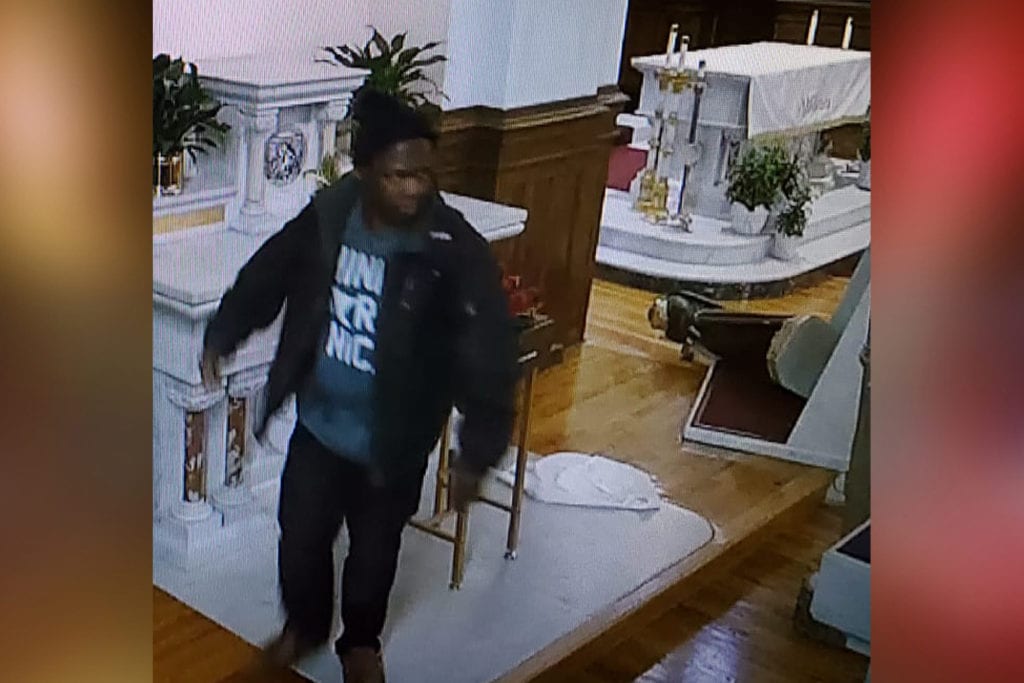 CASPER, Wyo. —  The Casper Police Department says that a suspect has been arrested in the $25,000 vandalism of a Roman Catholic Church in Casper.

Christopher Clark, age 35, was taken into custody by the Casper Police Department at approximately 5:00 pm, Thursday, May 7, 2020. He was booked into the Natrona County Detention Center on a recommended felony charge of Vandalism or Destruction of Property.

Casper Police Department officials say that officers responded to St. Anthony’s Catholic Church, on Center Street, at approximately 2:30 pm on Wednesday, May 6, 2020. Casper PD says the call was for a reported vandalism

Officers were told that an unknown male had entered the church through an unlocked door shortly before 10:00 am May 6, before making his way further inside the church and damaging property.

“Officers were shown security footage of the incident and suspect,” a written statement from the Casper Police Department said Friday. “Footage showed the suspect kicking property and knocking over a statute before leaving the church. Officers observed damage at the scene consistent with the video.”

The estimated damage of the incident totaled over $25,000.

Pictures of the suspect were released by Saint Anthony’s Catholic Church via social media, asking for help identifying the individual.

May 7, 2020, the same officer who had first taken the report was on patrol when he reportedly observed an individual matching the description of the suspect involved in the vandalism video.

“In speaking with the individual, the officer obtained a full confession of the vandalism crime,” Casper PD said.

The suspect was transported to the Natrona County Detention Center without further reported incident.

“We think we know who the person is. I ask that all of us pray for this person,” Saint Anthony’s Catholic Church said in a social media post. “Please refrain from making negative judgments or hurtful comments particularly on our parish’s Facebook or website. Remember Jesus seeks out the lost sheep (He did that for me and you).”