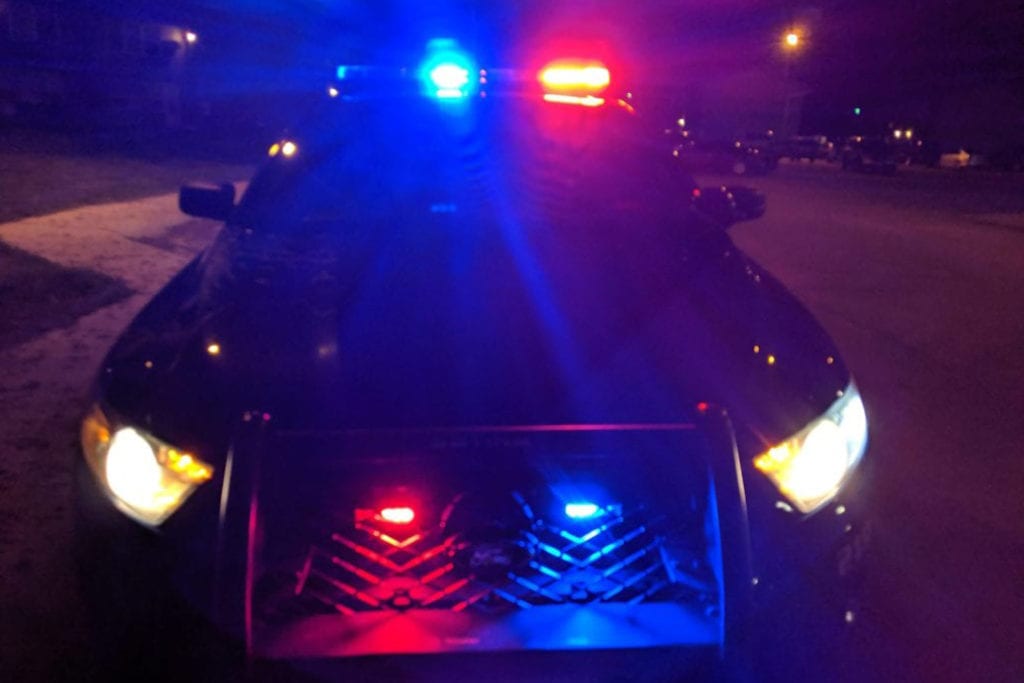 CASPER, Wyo. — The Casper Police Department said on Wednesday , April 7 that a “drug interdiction operation” with funding support from the Drug Enforcement Administration (DEA)Domestic Cannabis Eradication/Suppression Program was carried out in the Casper area last week.

During the March 29-30 operation, various law enforcement agencies made a total of 389 traffic stops. The operations result in:

Casper PD said they were asked to participate in the DEA’s Domestic Cannabis Eradication/Suppression Program in 2019. They were unable to participate in 2020 due to COVID-19 and the March 29-30, 2021 operation was the first of the year.

The Casper City Council authorized the Casper PD to accept $35,000 in funding from the DEA for cannabis eradication and suppression on Feb. 2. Council members Shawn Johnson and Amber Pollock voted against authorized the acceptance of the funding.

Casper PD said on Wednesday that the DEA funding helps them conduct “targeted operations to help prevent the presence and transport of illegal drugs” in the community and also “the criminal activity associated with them.”

“Our goal with an operation such as this is to have a highly visible, highly saturated presence in targeted areas of the community,” Casper PD said. “In doing so, officers are able to more readily conduct traffic stops on vehicles they see violate traffic law. If the traffic stop interaction between the officer and individual(s) inside the vehicle shows potential evidence of illegal substance use or presence, the officer has additional resources readily available to conduct a further investigation.”

Casper PD noted that other law enforcement agencies participated in the March 29-30 drug interdiction operation, including:

“According to the DEA, Marijuana is the only major drug of abuse grown within the U.S. borders,” Casper PD said. “The DEA is aggressively striving to halt the spread of cannabis cultivation in the United States. To accomplish this, the DEA initiated the Domestic Cannabis Eradication/Suppression Program (DCE/SP), which is the only nationwide law enforcement program that exclusively targets Drug Trafficking Organizations (DTO) involved in cannabis cultivation.”

Casper PD Special Operations Lieutenant Ryan Dabney added: “Our Community can be proud of the pro-active efforts our officers are making to keep this community safe through prevention. Our officers take personal responsibility for putting together operations such as this to address needs they identify while on and off duty. We are grateful to have the resources offered through this DEA-funded program to further our drug prevention efforts in Casper. As the results show from this short fourteen-hour operation – our officers’ are accurately identifying needs in our community; then creatively, and effectively, working to solve them. That is true community policing.”

A recent survey by the University of Wyoming’s Survey and Analysis Center (WYSAC) found that’s 54% of Wyoming residents support allowing adults in Wyoming to legally possess marijuana for personal use. Legislators who sponsored a bill to legalize recreational marijuana during the Wyoming Legislature’s 2021 General Session pointed to this survey as a reason to consider legalizing marijuana, but the bill missed a deadline and did not advance to debate in the full House of Representatives.

According to a UW press release in Dec. 2020, the survey results point to a trend in which more and more people in the state approve of marijuana legalization. That trend has been observed through 2014, 2016 and 2018, when support rose from 37% to 41% to 49%, respectively.

“You can help keep yourself and our entire community safe by following the rules of the road: drive the speed limit, wear your seatbelt, do not drive distracted, and never drive impaired,” Casper PD said. “We appreciate your ongoing support of our efforts here at the Casper Police Department to keep Casper safe.”

“You can learn more about the DEA Domestic Cannabis Suppression/Eradication Program by visiting: dea.gov/domestic-cannabis-suppression-eradication-program.”