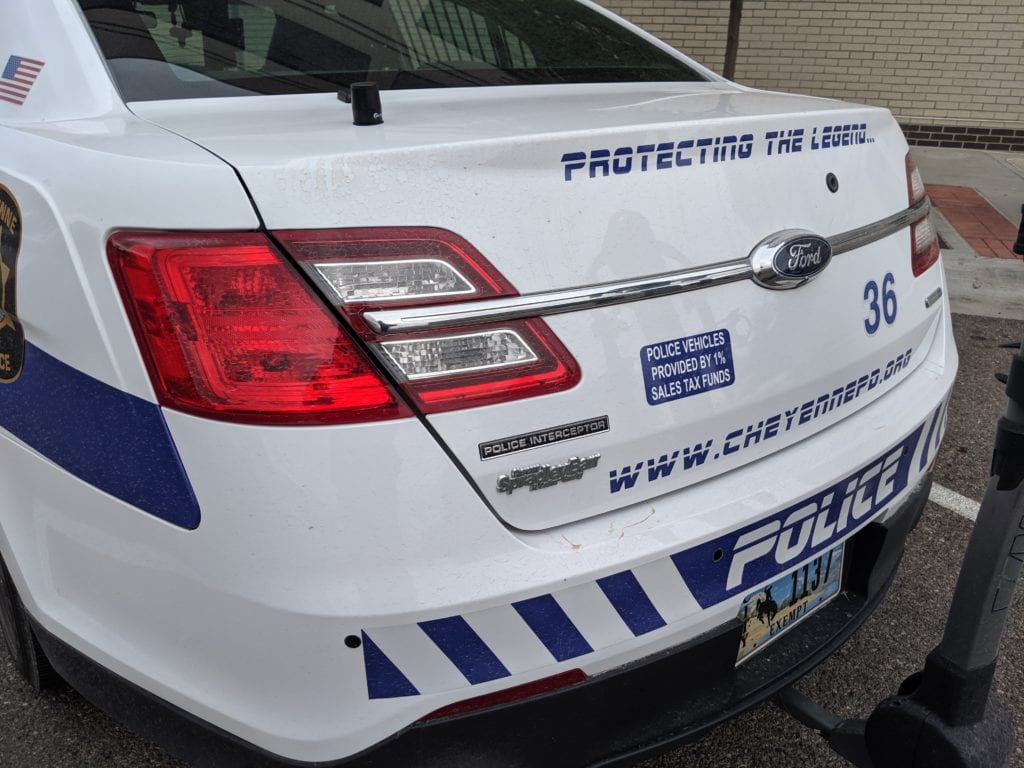 Detectives with the Cheyenne Police Department are saying a 23-year-old Laramie County man attempted to take video of a minor using the restroom of a private residence. The suspect is also accused of later assaulting another minor.

Documents filed in Laramie County Circuit Court show that the suspect faces a felony charge of Voyeurism and two felony charges of Witness Intimidation. Persons found guilty of Voyeurism face a potential penalty of up to two years’ incarceration, a fine of $5,000, or both. Witness Intimidation carries potential penalties of up to ten years in prison, a fine of $5,000, or both.

Cheyenne police say that they were contacted on September 14 by a minor, described as older than 13 and younger than 18. The victim reported that a 23-year-old suspect had attempted to record video of them using the restroom.

An Affidavit of probable cause in the case says the victim reported they were visiting the suspect’s home on Sept. 12, 2021 and asked the suspect to use the bathroom. Police were told that the suspect went into the bathroom ahead of the victim for a moment, before allowing the minor to use the room. The victim went on to claim that, while in the bathroom, they discovered a cell phone with camera pointed at the toilet and the camera application had been recording video of the victim while they were in a partial state of undress.

The victim told another minor resident of the home about the incident and the two deleted the video from the phone. Both minors told police that the phone appeared to contain other pornographic content.

The affidavit says that the incident was reported to a Laramie County School Resource Officer on September 13. At that time, the victim told the SRO that the suspect had wanted to get ahold of them to “handle things.” Following the report, the victim was escorted to a vehicle in a Laramie County School Parking lot. At that time the SRO reports seeing a vehicle begin to follow the victim. The SRO subsequently had the vehicle stopped.

Police were able to make contact with the suspect at the scene. The affidavit reports that the suspect was video recording the police contact on a phone that matched the description of the phone described by the victim. The suspect told officers that they were trying to get in touch with victim over a matter involving a mutual acquaintance.

Police then say that on Sept. 15, 2021 the victim reported to police that a mutual friend, who was also a minor, of theirs and the suspect had been assaulted.

It is alleged that the suspect confronted the second minor about the original victim contacting law enforcement. During the incident, the suspect then reportedly struck the minor several times in the head.

The suspect, identified in court documents as Dayne Lee McCart, was reportedly taken into custody at his home just before 2:00 p.m. on September 24. In addition to the felony charges, McCart was also reportedly arrested on a Failure to Pay warrant, in an approximate amount of $8,490.

McCart is expected to be scheduled for a preliminary hearing to see if the charges against him will be bound over to Laramie County District Court. All of those cited or arrested are presumed innocent until convicted in a court of law. Charges are subject to change following official filings from the Laramie County District Attorney’s Office.