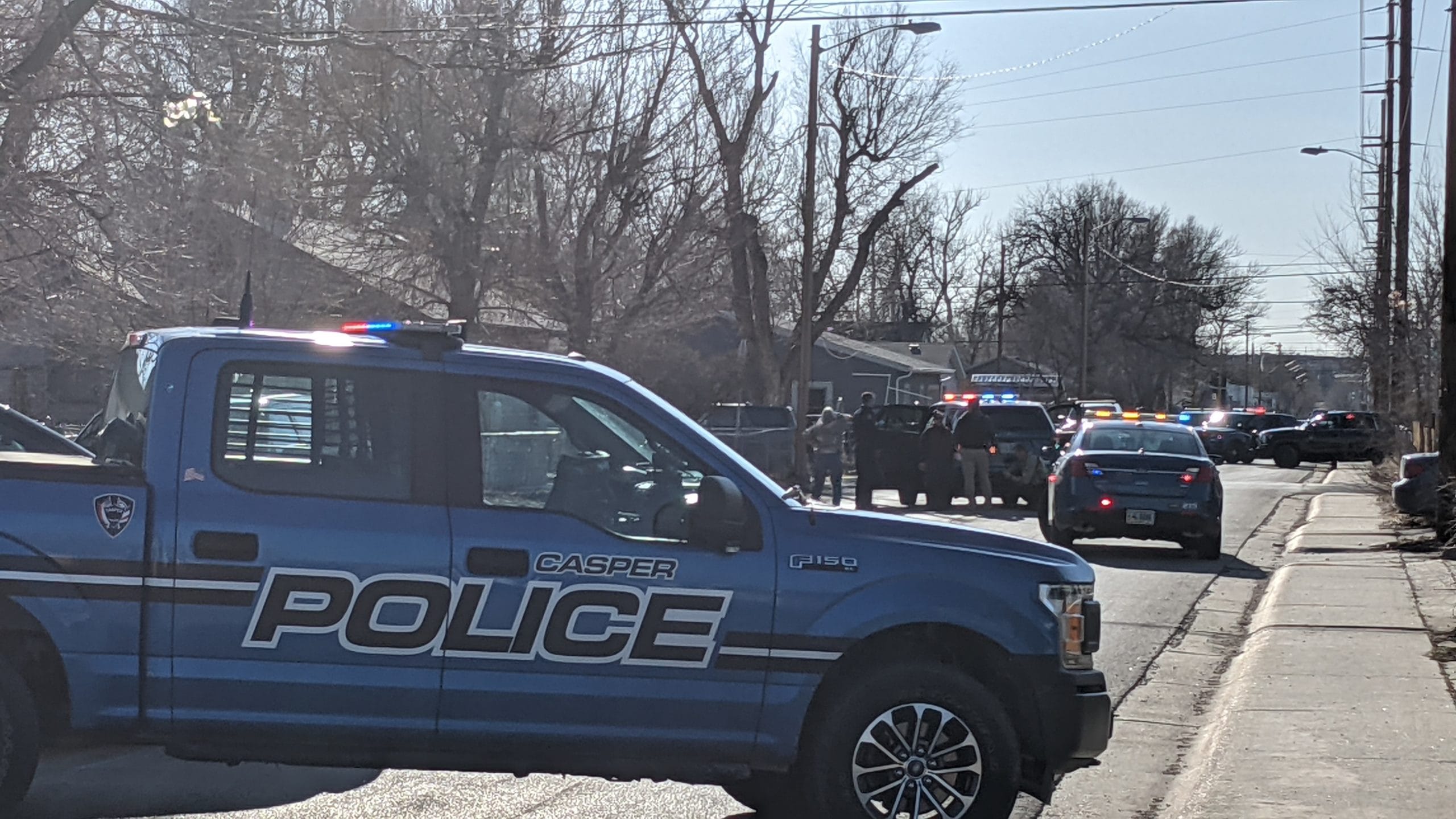 Law enforcement and emergency crews gather near the scene of a police standoff with a suspect, April 1, 2021 (File; Trevor T. Trujillo, Oil City)

CASPER, Wyo. — A suspect facing charges in an April 2021 standoff with police has had his trial date continued to November, according to recent filings in Natrona County Circuit Court.

Records in the case show that a trial had originally been scheduled in the case for September 20, 2021. However, that trial date was continued. The suspect in the case faces three felony counts of Aggravated Assault and one felony count of Possession of a Weapon With Unlawful Intent.

A motion filed by the defense in the case requested that the trial be continued, citing that the suspect is currently at a local counseling center and is awaiting hospital evaluation. The motion further stated that prosecutors in the case had no objection to the continuance.

The suspect, identified in court paperwork as Kevin Michael Deschneau, is accused of threatening and pointing a gun at three individuals during the afternoon of April 1, 2021.

A Casper PD statement says that the reporting party told officers that the suspect pointed a rifle at, and threatened to shoot, multiple people. Upon officers’ arrival to the scene, they located a suspect matching provided descriptions.

“Officers approached the male in an effort to speak with him regarding the situation. The male ignored commands from the officers and entered a residence located in the area in the 1000 block of North Jackson Street,” A Casper PD statement said shortly after the standoff. “Due to the male refusing to exit the home, along with the potentially dangerous nature of the individual, officers set up a perimeter around the residence and continued to issue commands for the individual to exit, unarmed.”

After being taken into custody, the suspect reportedly denied pointing a firearm at anyone, and claimed that he had been transporting a BB gun from his vehicle to his home at the time in question. It was also reported that he told officers he had consumed four to six Budweiser beers over the course of the day, but claimed that he had not been intoxicated during the incident.

A subsequent search of Deschneau’s home reportedly yielded a pump-action .30-06, that matched witness descriptions of the gun that was allegedly used during the incident. Officers say that the gun was loaded at the time they found it.