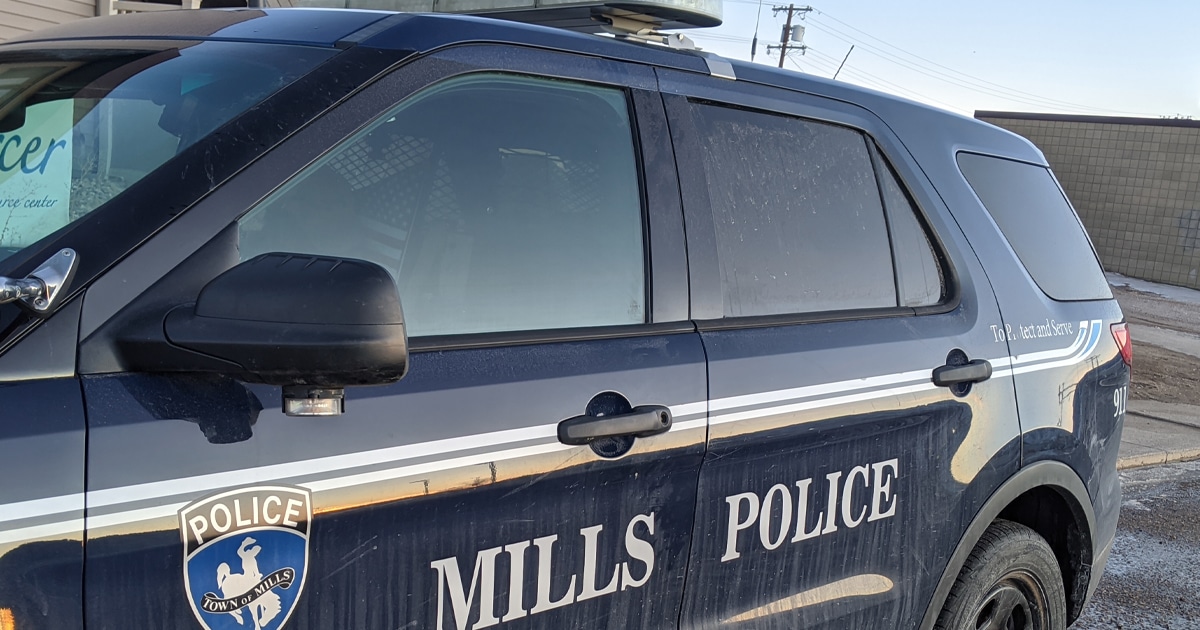 CASPER, Wyo. — A Natrona County man is facing charges, including one felony, after he was accused of beating and choking another victim during the course of a night and into the next day.

Documents filed in Natrona County Circuit Court show that the suspect is facing a felony charge of Strangulation of a Household Member. He also faces misdemeanor charges of Domestic Battery and Interfering With an Emergency Call.

According to an affidavit of probable cause filed by the Mills Police Department, officers responded to a scene near the intersection of North 6th Avenue and Paige Street in Mills, Natrona County, after receiving a disturbance call on the Afternoon of Sept. 27, 2021. The reporting party had told dispatch that they had been punched and choked by the suspect since the prior evening and they had been able to escape and call 911 from a nearby residence.

While responding to the scene, Mills PD says that they made contact with a male who was observed sprinting away from the scene. Police described the suspect as confrontational and reported that he told them that he had been involved in a verbal altercation but did not engage in anything physical. The suspect was detained and driven to the scene of the initial call.

The victim went on to report to police that the punching and kicking continued the following day until the victim was able to escape after telling the suspect that they had to use the bathroom. The accuser told police that they fled the private home and called emergency services from a neighbor’s house.

The suspect, identified in court paperwork as James Hallock, was ultimately placed under arrest. Mills PD says that at the time he was taken into custody, Hallock accused the victim of being in possession of drugs and paraphernalia.

“This claim was unfounded, as nothing was seen in the [area] while speaking with [the victim],” Mills PD writes in the affidavit.

Hallock was transported to the Natrona County Detention Center without further reported incident. Court records show that a bond amount of $30,000 cash or surety was handed down on September 28.