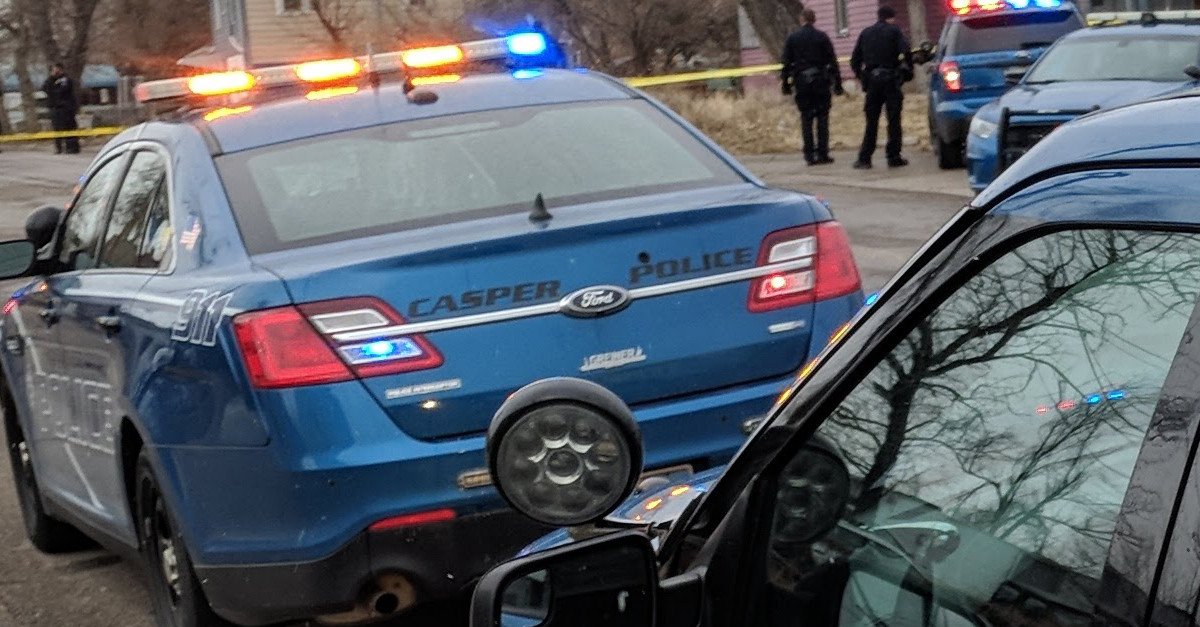 CASPER, Wyo. — An 18-year-old male suspect is facing a felony charge of Aggravated Robbery after police say that he admitted to taking a wallet from another person at gunpoint.

The Aggravated Assault Charge was filed on Oct. 13, 2021 in Natrona County Circuit Court. Documents released in the case show that during an initial appearance, the suspect was given a bond amount of $50,000 cash or surety.

Persons found guilty of Aggravated Robbery face a potential penalty of not less than five years, but not more than twenty-five years, incarceration. All of those cited or arrested are presumed innocent until convicted in a court of law. Charges are subject to change following official filings from the Natrona County District Attorney’s Office.

An affidavit of probable cause filed by the Casper Police Department reports that officers responded to an area near Hamilton Way and Huber Drive at approximately 1:15 p.m. on October 12 for a reported robbery.

“The alleged victim contacted law enforcement after an individual he had provided a ride to produced a firearm and demanded the victim’s wallet before fleeing on foot,” Casper Police said in a written statement Friday morning. “Officers immediately began investigating the claim.”

The affidavit says that investigators were able to identify the suspect using images from surveillance footage. Police report finding footprints at the scene leading to the 600 block of North Sun Drive, where law enforcement set up a perimeter.

The suspect was reportedly observed exiting out of an apartment window by officers. He was found nearby in a trailer court on North Forest Drive, where officers made contact with him.

“Ultimately, the alleged suspect confessed to the robbery. Further evidence was also collected inside a residence in which the suspect was seen exiting prior to being taken into custody,” The Casper PD statement says.

The suspect, identified in court papers as Michael Jamal Scott, remained in the custody of the Natrona County Detention Center on the morning of October 15, according to jail records.

Scott is expected to be scheduled for a preliminary hearing in the case where it will be determined if the charges against him will be bound over to District Court.