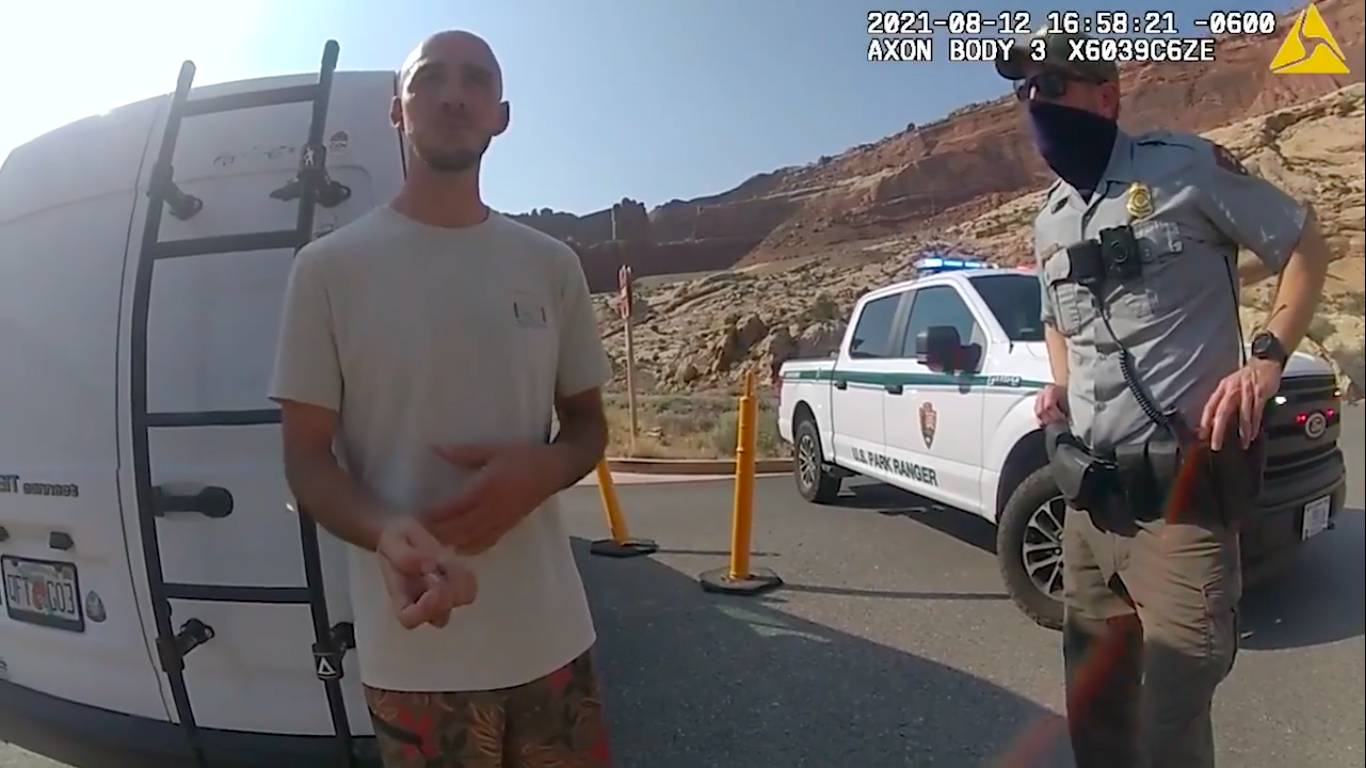 Screenshot of police camera video provided by The Moab Police Department shows Brian Laundrie talking to a police officer after police pulled over the van he was traveling in with his girlfriend, Gabrielle “Gabby” Petito, near the entrance to Arches National Park on Aug. 12, 2021. (Moab Police Department)

CASPER, Wyo. — An announcement from a Federal Bureau of investigation office in Denver is confirming that human remains found in Florida belong to Brian Laundrie.

“A comparison of dental records confirmed that the human remains found in the T. Mabry Carlton Jr. Memorial Reserve and Myakkahatchee Creek environmental park are those of Brian Laundrie,” the statement said.

Laundrie is considered a “person of interest” in the case of Gabby Petito, who was found dead in the Bridger Teton National Forest in Wyoming after a long search.

Petito and Laundrie, her fiancé, were on a cross-country road trip in a converted van, chronicling their journey on social media along the way. Laundrie returned to Florida on September 1 without Petito.

The case gained national attention as authorities searched for Petito, whose body was eventually found. A Wyoming coroner said she had been strangled to death.