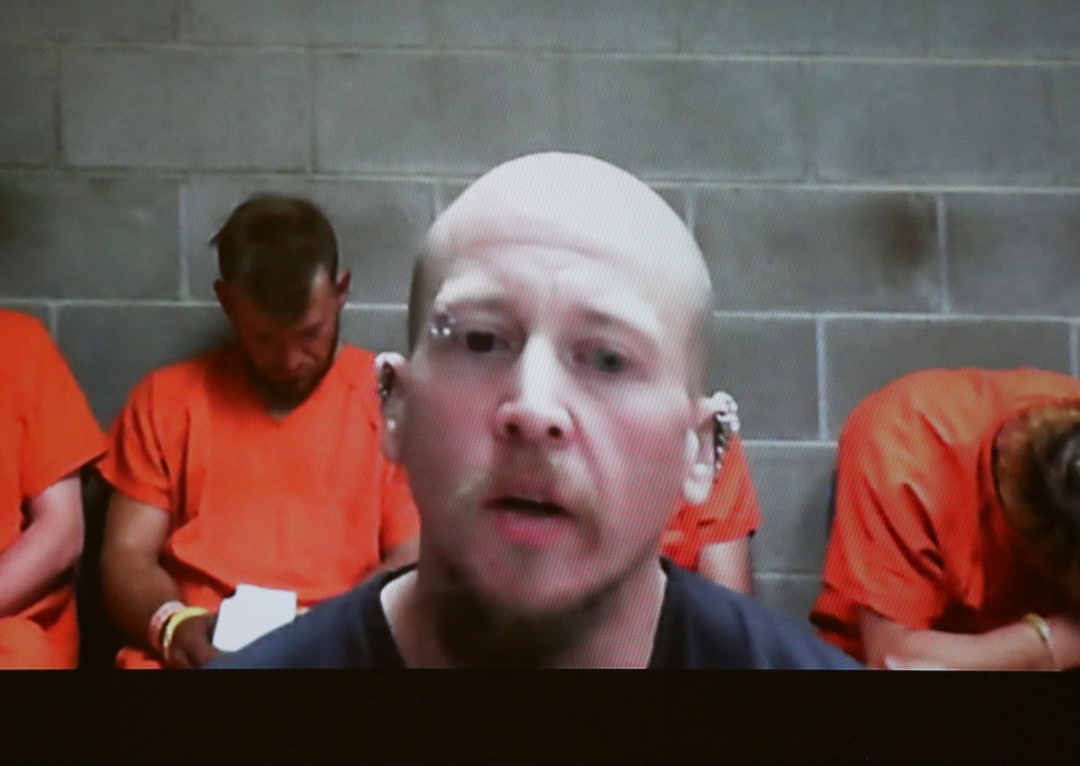 CASPER, Wyo. — A suspect arrested and booked into jail for 2nd Degree Murder has been officially charged and has been given a six figure bond amount.

Vincent Hayes, 38, made his initial appearance in Natrona County Circuit Court by video on Monday afternoon, where he was charged with 2nd Degree Murder. The charge could potentially bring a life sentence or no less than 20 years in prison.

Casper Police announced Hayes’s arrest after he allegedly killed a person at a private home on 12th Street in east Casper early Friday. A reported shooting occurred in the early morning hours of November 12.

Police made the arrest shortly before 6:00 p.m. that night.

Hayes asked for a public defender, and said he had been in Casper staying with his parents for “a couple of months.” He told the judge he spent most of his time in Colorado and gave a Colorado Springs mailing address. His bond was set at $100,000, cash only.

“Upon arrival to the scene, officers located a deceased adult male inside of the residence,” Officials said in a statement Friday afternoon.

Investigators believe the incident to be isolated in nature and have identified that the suspect and victim are related.