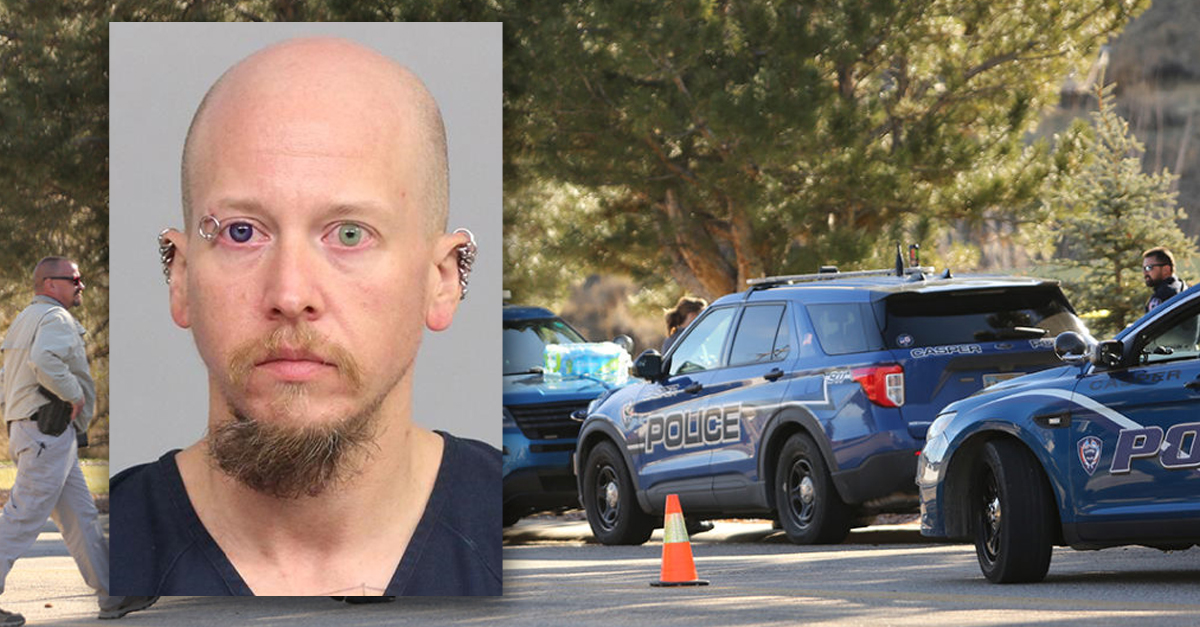 CASPER, Wyo. — A man is facing a felony murder charge after it was alleged that he had been in a heated verbal altercation with a family member, during which both men brandished guns. Details surrounding a charge of 2nd Degree Murder against the man in Natrona County have been released by the Natrona County Circuit Court, including statements from witnesses.

Court documents identify the victim in the case as the father of the suspect. An affidavit of probable cause filed by the Casper Police Department names the victim as William Johnson. Witnesses on scene told officers that Johnson had moved to Natrona County from the Colorado Springs, Colorado area approximately one year ago.

The suspect, Vincent Daniel Hayes, 36, was reported to be the son of the victim. Witnesses say that Hayes had recently moved from the Colorado Springs area and was living with his family in Natrona County.

Casper Police announced Hayes’s arrest after he allegedly killed Johnson at a private home on 12th Street in Casper early Friday. Casper PD officers say they responded to a report of a shooting at around 5:45 a.m. November 12, 2021.

In the affidavit, police say they found the suspect outside the home holding a pistol. The suspect reportedly put the gun down when commanded. The victim was found by police inside the home with his head and torso covered by a trash bag. Officers also reported finding blood near a recliner in the home and drag marks across the rug.

“[The witness] stated ‘Reno’ could be aggressive, argumentative, [and] hot-headed, and wasn’t afraid to confront [the victim],” police write.

The witness said that Hayes and Johnson had been involved in a heated verbal confrontation over comments that were made by Johnson that are described in the affidavit as “racist” and involving “minorities with non-traditional lifestyles.” It was also reported that Johnson had made derogatory remarks about an acquaintance of Hayes’s.

During the course of the altercation, the witness told police that Hayes first left the room and returned brandishing a firearm, to which Johnson reportedly retrieved his own firearm.

The suspect and victim reportedly met back in the living room and were posturing and brandishing the weapons.

“[The witness] stated at one point [the victim] sat back down in his recliner, but [they] didn’t remember seeing if he was still holding a gun in his hands. At that point William Johnson said something which Vincent Hayes didn’t like so Vincent Hayes shot his father several times,” the affidavit of probable cause says.

Police say that Hayes also reported to them that he had a mental illness and claimed the personality of “Reno.”

“Hayes admitted ‘Reno’ only existed in his mind, and both he and ‘Reno’ shared the same body, mind, and eyes,” police say in the affidavit. “Hayes stated ‘Reno’ does things he was unaware of, but ‘Reno’ communicates with him through his thoughts and ‘Reno’ tells Hayes what he had done.”

After further questioning, investigators say that when asked what “Reno” did, Hayes said that “Reno” had shot someone.

Hayes reportedly admitted that he tried to clean up the scene and had dragged the body from the chair. He reported that witnesses stopped him and called the police.

It is expected that a preliminary hearing will be scheduled in the incident to see if the charge against Hayes will be bound over to Natrona County District Court. All of those cited or arrested are presumed innocent until convicted in a court of law. Charges are subject to change following official filings from the Natrona County District Attorney’s Office.