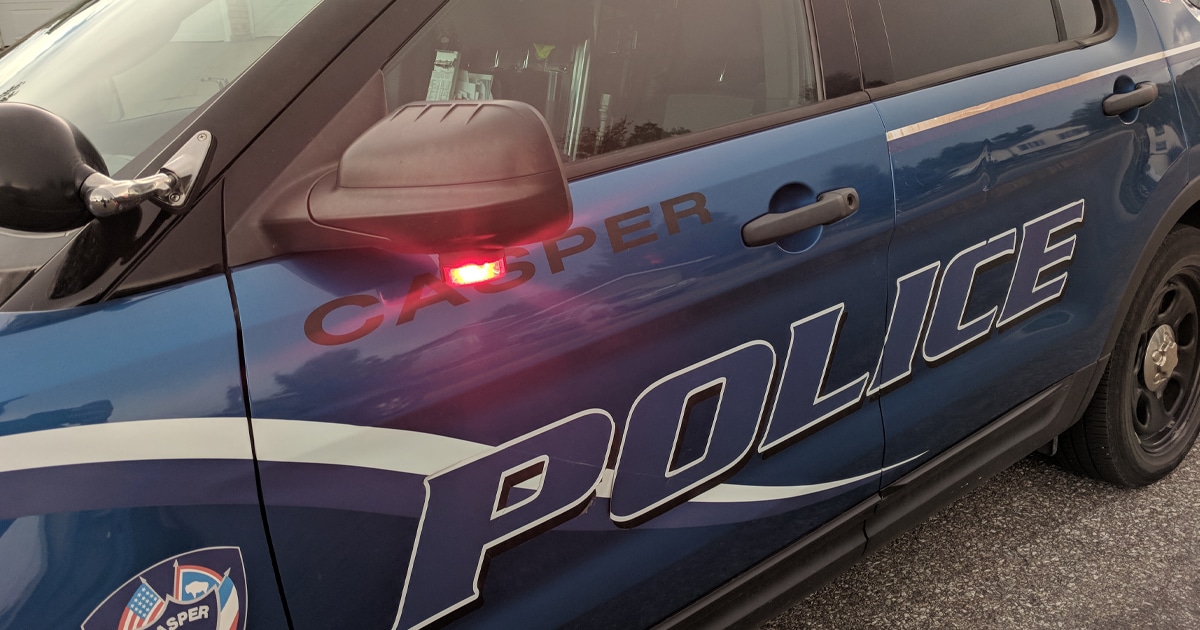 CASPER, Wyo. — A Casper man is facing felony charges after it was alleged that he had stolen a truck from Downtown Casper and driven the vehicle to a private residence, according to documents released by Natrona County Circuit Court.

The suspect was charged during a November 12 hearing with felony Theft and Possession of a Controlled Substance on a Third or Subsequent Offense, also a felony. During the suspect’s Initial Appearance, he was given a bond amount of $10,000 cash or corporate surety. All of those cited or arrested are presumed innocent until convicted in a court of law. Charges are subject to change following official filings from the Natrona County District Attorney’s Office.

An affidavit filed by the Casper Police Department and released by Circuit Court says that officers were dispatched to a business location on the 100 block of South Center Street just after 10:30 a.m. on November 11. Reporting parties on the scene told officers and dispatch that a private vehicle, identified as a pickup truck, had been stolen from the location sometime between 9:30 a.m. and 10:30 a.m.

Police say that during an interview with the victim in the case, it was revealed that the truck had been unlocked and the keys inside at the time it was taken.

According to the affidavit, police utilized surveillance footage from surrounding businesses as well as tips from the community to identify the suspect and find the location of both suspect and vehicle.

Police say that they made contact with the suspect, identified as Quintin Sulzle, 33, at a private home in the Casper area. Sulzle was reportedly in a bedroom at the time of the police contact and officers say they observed a small vial containing suspected methamphetamine near where Sulzle had been laying down. Investigators go on to say the reported stolen vehicle was recovered near the home.

During an interview, police say that Sulzle admitted that he did not have permission from the truck owner to drive the vehicle. He also claimed that he knew the owner and that the vehicle would be unlocked and with the keys inside. The affidavit describes Sulzle telling officers that he had been on the 100 block of South Center and was cold. He reported that he had no ride and took the truck, driving it straight to the residence where it was found.

Sulzle is expected to be scheduled for a preliminary hearing to see if the charges against him will be bound over to Natrona County District Court.