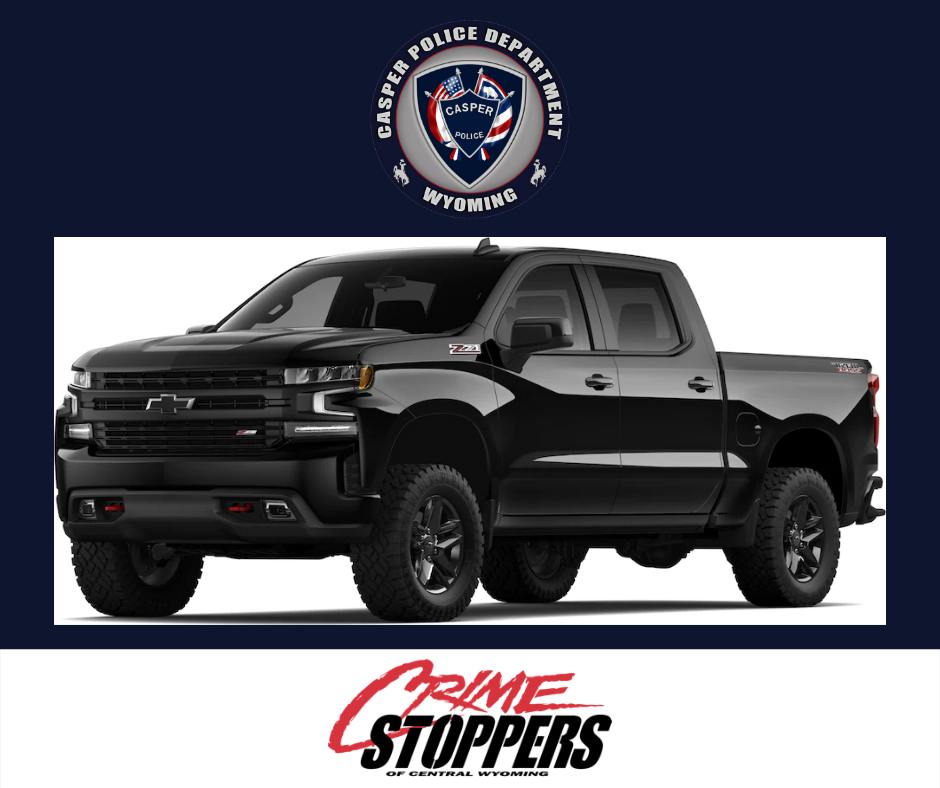 CASPER, Wyo. — The Casper Police Department said on Thursday that officers responded to White’s Mountain Motors during the morning hours for the report of a burglary that is alleged to have occurred on Wednesday evening or in the early morning hours Thursday.

The Casper PD said that it is unknown who entered the business but that a multitude of tools were stolen from inside the building, located on the 2300 block of East Yellowstone Highway. In addition to the tools, a 2021 Chevrolet Silverado 1500 Trail Boss LT truck was reportedly stolen.

“The truck has an aftermarket over-the-bed, behind the cab, light bar, and HDX running boards,” the Casper PD said. “The word, ‘Chevrolet’ is painted in red across the tailgate.”

The Casper PD said that it is actively investigating the incident and is seeking information from the public.

“If you have any information pertaining to the stolen vehicle or this crime, please contact the Casper Police Department at 307-235-8278,” the department said. “Individuals with information may be eligible for a monetary reward by reporting through Crime Stoppers of Central Wyoming either online at crime-stoppers.com or by calling 307-577-8477. Reports may remain anonymous.”