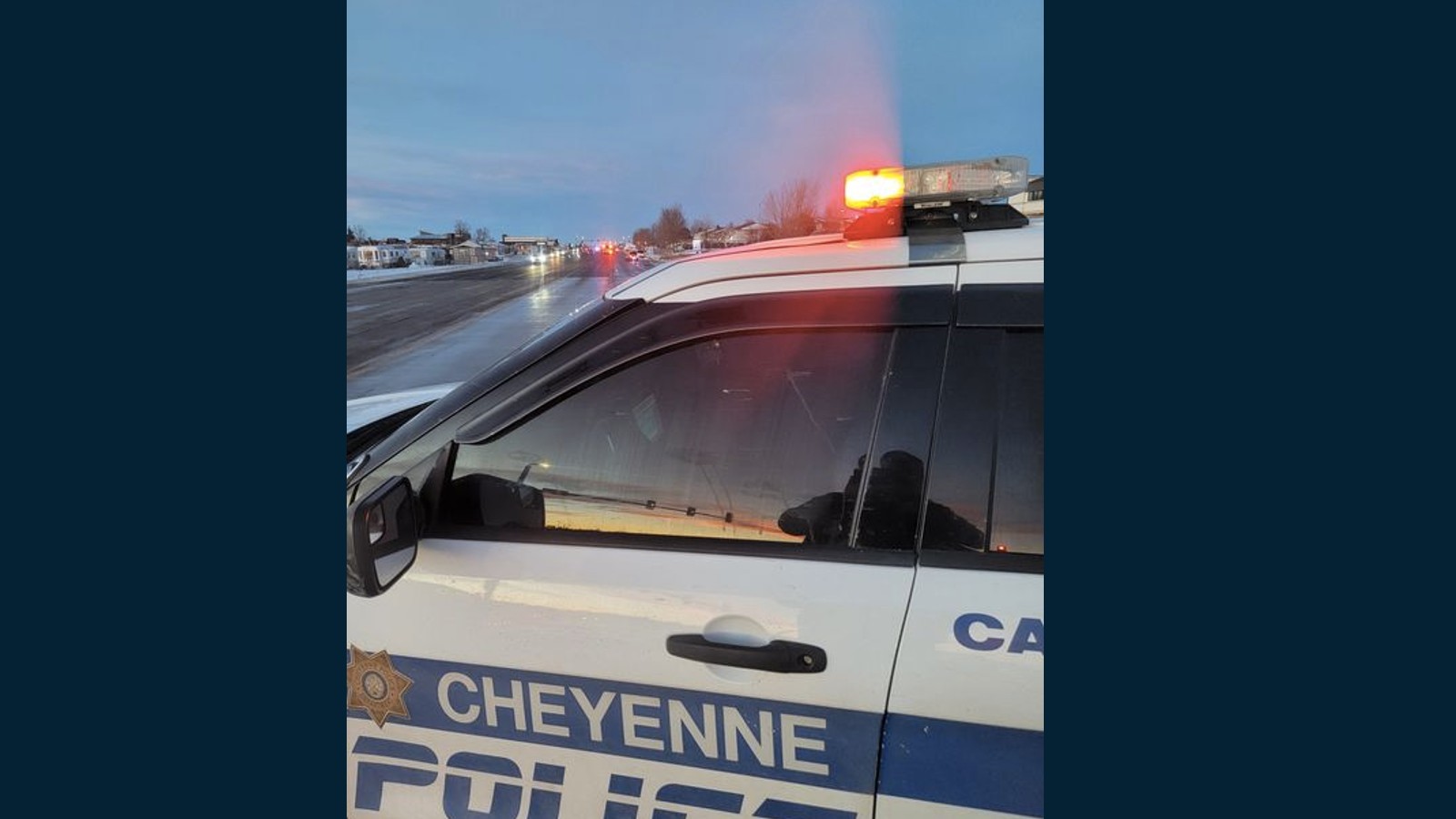 CHEYENNE, Wyo. — One suspect remains hospitalized and two others have been booked into the Laramie County Jail following a high-speed pursuit and crash Friday, according to a release by the Cheyenne Police Department.

Police were dispatched to the 2800 block of Ridge Road to investigate a possible stolen vehicle around 4:30 p.m Friday, the release said.

A responding officer spotted the suspect vehicle, a 2020 Nissan Rogue, and attempted to make a traffic stop. The driver of the Rogue “accelerated to a high rate of speed, initiating a pursuit to east I-80, then back into the city,” police said.

As the vehicles re-entered city limits, police say the suspect drove recklessly and sped through a red light at the intersection of North College Drive and East Pershing Boulevard, resulting in a collision with three other vehicles.

“None of the occupants of the victim vehicles were injured,” police said.

The three occupants of the suspect vehicle sustained injuries and were transported by ambulance to Cheyenne Regional Medical Center (CRMC) for treatment.

All three were found to have outstanding warrants, police said.

It was later determined that the Rogue was an overdue rental car from Denver, Colorado that did not belong to Vest, police said.

Vest and Reichard were released from CRMC and booked into the Laramie County Jail.

Joseph Vest was charged with:

Rebekka Reichard was booked on a Colorado warrant for failure to appear on an original charge of theft.

Madrid remains hospitalized with an outstanding Wyoming warrant for failure to appear on an original charge of possession of a controlled substance.