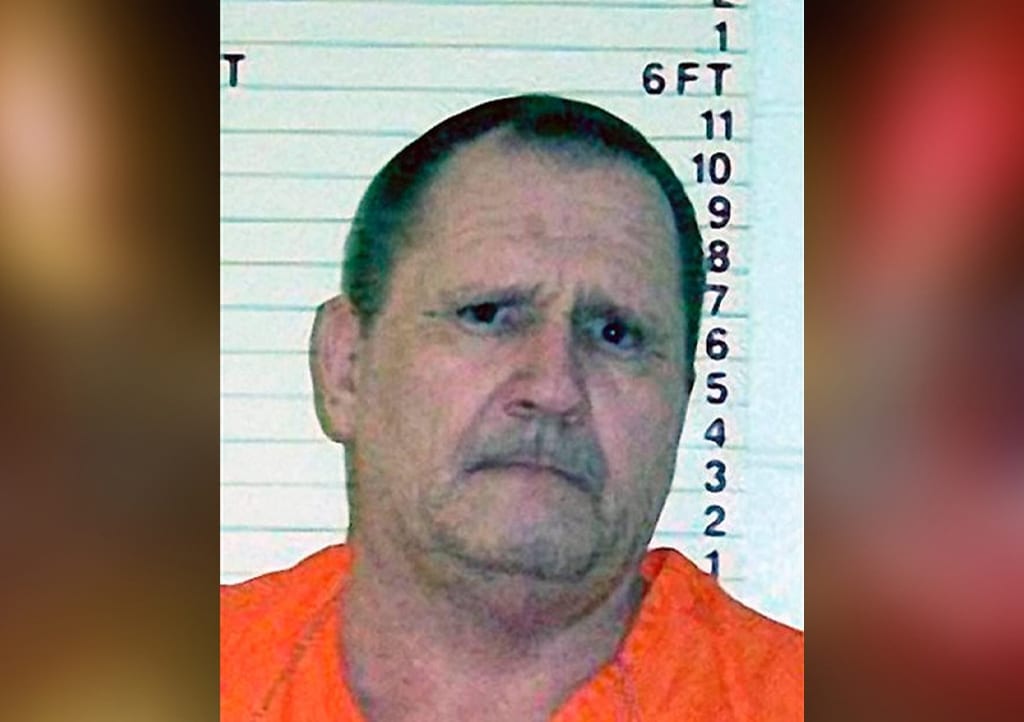 CASPER, Wyo. — Dale Wayne Eaton, who was found guilty in 2004 of the premeditated murder, rape and kidnapping of Lisa Marie Kimmell was formally re-sentenced at a hearing in the 7th District Court in Casper on Friday, March 25, exactly 30 years after the last confirmed sighting of Kimmell.

Kimmell’s body was discovered in the North Platte River in April 1988. The case subsequently went unsolved for 14 years until DNA evidence linked Eaton to the murder in 2002. After his conviction in 2004, Eaton initially faced the death penalty, but that was later overturned.

Eaton appeared in person on Friday, pushed into the courtroom in a wheelchair. The hearing came after two previously scheduled re-sentencing hearings were postponed. Most recently, Eaton had been scheduled to be re-sentenced on January 21, 2022, but the Wyoming Department of Corrections failed to deliver Eaton to that hearing.

Eaton was sentenced Friday by Judge Daniel Forgey to life imprisonment without parole or commutation on the count of first-degree premeditated murder, followed by sentences of 40–50 years for three counts of felony murder to be served consecutively. He received 20–25 years on counts of aggravated kidnapping, aggravated robbery, and first-degree sexual assault to be served concurrently.

Kimmell’s mother Sheila Kimmell and sisters Sherry Odegard and Stacy Pitts were given the chance to speak at the re-sentencing hearing on Friday.

“I’m angry that we have had to experience this piece of our lives over and over again” Pitts said, noting that her family has had to participate in trials, hearings and press conferences over the years since Eaton’s initial conviction and sentence in 2004. “Here we are again and it just feels like there has been no justice.”

While the Wyoming Supreme Court affirmed Eaton’s initial convictions and sentences, including his death sentence, in 2008 and 2009, Eaton petitioned the U.S. District Court for the District of Wyoming for a Writ of Habeas Corpus in May 2013 and Judge Alan B. Johnson granted habeas corpus relief on Nov. 20, 2014, finding that Eaton was prejudiced by the constitutionally deficient performance of trial and appellate counsel with respect to the penalty phase of his capital trial. Johnson ordered that Eaton be granted a new sentencing proceeding, ordering that he remain incarcerated by the state of Wyoming. The order vacated the death sentence on four counts, but left three counts still intact, which sentenced Eaton to life in prison plus 40 years.

On Jan. 5, 2015, the state filed its intent to seek the death penalty. Eaton was ordered to undergo a competency evaluation on Sept. 30, 2020 by the Wyoming State Hospital and Dr. Elizabeth Donegan. Having submitted their findings to the district court on Aug. 26, 2021, the evaluators determined that “Mr. Eaton is not competent to proceed and that it is unlikely that he can be restored to competency.”

“Findings of the examiners designated by the Wyoming State Hospital that Mr. Eaton’s brain function has been diminished by recent strokes,” court documents state.

The death penalty was not on the table at the hearing on Friday after the state withdrew its intent to seek the death penalty in September 2021 following the results of the competency evaluation.

Odegard expressed frustration over Eaton’s sentencing dragging on over the years and the attention that has been paid to his health issues.

“Dale Eaton is guilty and his original sentence should have been upheld,” Odegard said.

Sheila Kimmell said that his family would have been willing to accept a life imprisonment sentence rather than the death penalty if Eaton would have asked for forgiveness and admitted to other murders they believe he committed: “We believe Lisa wasn’t your first or your last.”

Sheila Kimmell said that Eaton was given at least five opportunities to apologize and admit to what the family alleges: “Over the course of time, you only rejected it.”

Sheila Kimmell added that her husband Ronald Kimmell, who died two years ago, “was man enough to try to forgive you.” She added that seeking the death penalty had been the “hardest damned decision of our life.”

At the close of her comments, Sheila Kimmell told Eaton he should apologize.

After Forgey issued the sentence on Friday, Eaton spoke with his appointed counselors.

“He wants to say he is sorry,” defense attorney Sean O’Brien said.

Eaton was represented by appointed counselors O’Brien, Lindsey Runnels and Terry Harris and Sean O’Brien. Michael Blonigen was the presiding prosecuting attorney for the state.