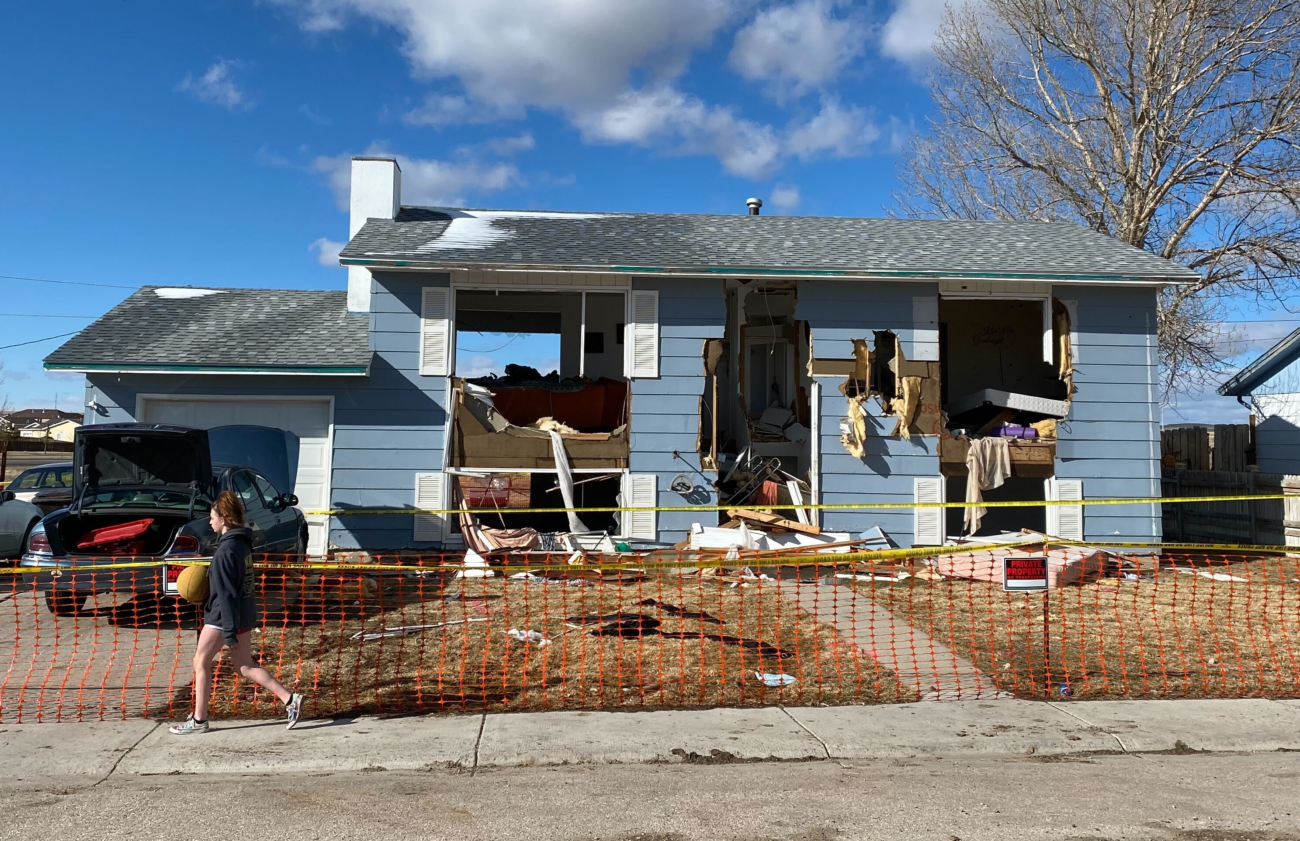 Aftermath of a police standoff with an armed subject in Evansville that ended in the death of suspect Blaine Clutter (Dan Cepeda, Oil City)

CASPER, Wyo. — Natrona County Coroner James Whipps said Thursday that 29-year-old Blaine Clutter, who was found dead inside of an Evansville residence after an 18-hour standoff with law enforcement in March, died as a result of a single gunshot wound to the chest.

Whipps said that an autopsy revealed that the gunshot wound was “officer involved, not self-inflicted.” Multiple law enforcement agencies were involved in the incident. Whipps said he was not able to confirm the specific officer that inflicted the gunshot wound or the agency that officer works for.

Whipps noted that the case remains under investigation by the Natrona County Sheriff’s Office (NCSO) and the Wyoming Department of Criminal Investigations and that the information he is able to share at this point is limited. He did add that a toxicology analysis performed during the autopsy found that Clutter had methamphetamine in his system but not enough to cause death.

Clutter was found deceased inside of a residence on the 400 block of Fifth Street in Evansville at around 11 a.m. Saturday, March 19, according to the NCSO. the NCSO reported on March 21 that its special response team had been dispatched shortly before 6 p.m. March 18 to assist on a call for shots fired in the area of the residence and that other agencies also responded.

“Over the course of 18 hours, trained crisis negotiators used a multitude of tactics in an attempt to peacefully resolve the situation,” the NCSO said on March 21. “During the incident, there was exchange of gunfire between the armed barricaded subject and law enforcement.”

The Casper Police Department said in a March 21 statement that four Casper PD officers at the scene had been “identified as having exchanged fire with the suspect.” The Casper PD said in the statement that Clutter had also “fired his weapon on multiple occasions” during the standoff.

As part of standard protocol, the four officers have been put on paid administrative leave while the incident is under investigation by the Wyoming Division of Criminal Investigations with assistance from the NCSO, the release said.

The residence where the standoff occurred was observed by an Oil City reporter on March 21 to have been riddled with what appeared to be holes from ammunition rounds, which could be seen on the back walls through gaping holes in the front. Personal items from bedding to snow shovels to baby carriers were seen strewn around the house and spilling into the lawn.