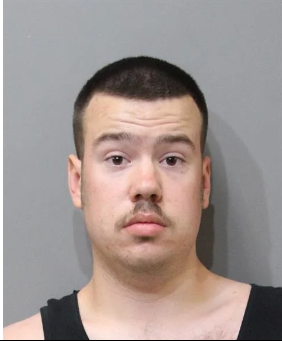 CHEYENNE, Wyo. — A Cheyenne man, along with 30 other men arrested in Coeur d’Alene, Idaho, on the suspicion of conspiracy to riot, bonded out of the Koontenai County Jail on Sunday, according to KXLY.

Dylan Carter Corio, 21, of Cheyenne, was listed in the jail’s roster as one of the 31 members of the white supremacist group Patriot Front arrested Saturday after a resident reported suspicious activity to the Coeur d’Alene Police Department.

Bond for each had been set at $300, KXLY reported.

Police said they found the men near a Pride event dressed in matching khakis, navy blue shirts and beige hats, the Associated Press reported. They also had white balaclavas covering their faces. Police found that the group also had a U-Haul filled with riot gear.

All 31 were charged with conspiracy to riot, a misdemeanor, White said.

Based on evidence collected and documents, authorities found that the group was planning to riot in several areas of downtown, not just the park, White said.