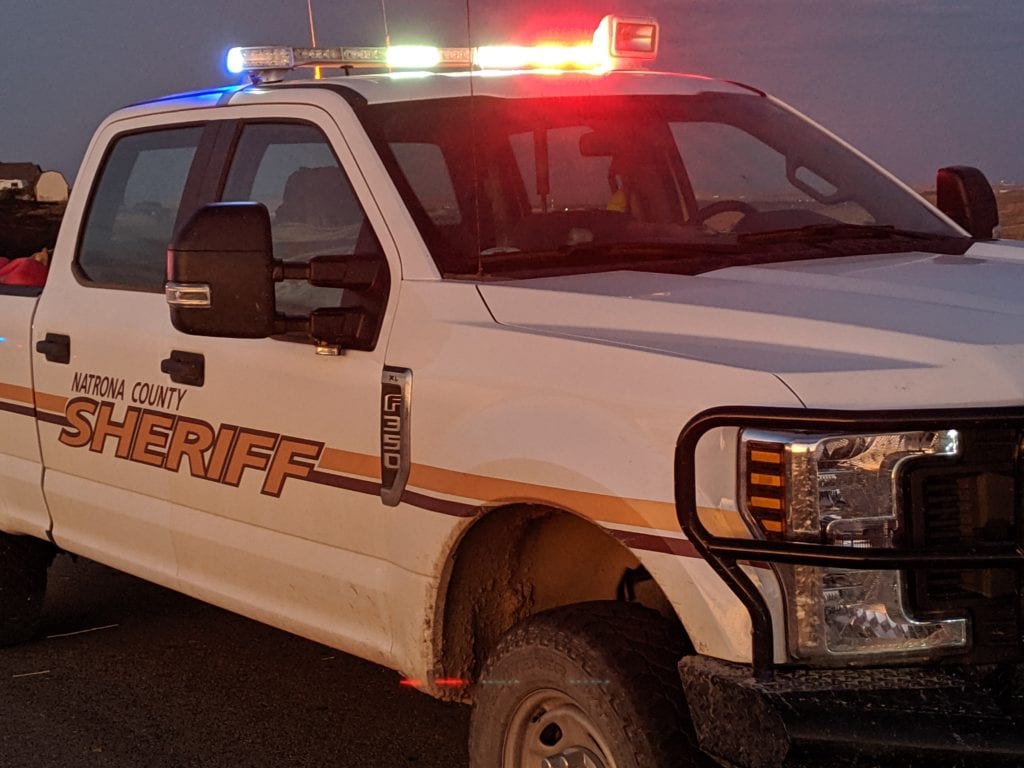 CASPER, Wyo. — A 20-year-old Casper man is facing felony charges after allegedly leading Natrona County Sheriff’s deputies and Wyoming Highway Patrol on a chase that reached 120 mph on WYO 220 last Friday, according to an affidavit filed in circuit court.

The NCSO said a deputy on Lakeshore Road saw the defendant on a motorcycle going an estimated 30 mph in a 20 mph zone around 3:30 p.m. Friday, June 10. The deputy attempted to pursue, but the rider doubled back through the Fremont Campground and headed back toward Highway 220, eluding another deputy near the Casper Boat Club.

The rider then intentionally rode into a hay field, repeatedly breaking through sections of plastic irrigation pipe, the affidavit states. The rider made his way onto a gravel driveway in an attempt to return to Highway 220.

A WHP vehicle and trooper were parked across the cattle guard at the entrance to the driveway, and the rider struck the passenger side of the trooper vehicle as he passed, the NCSO said.

The rider then failed to negotiate a turn in the driveway and left the roadway. The rider was separated from the bike and hit a barbed wire fence. He was then arrested by deputies, the affidavit states.

Deputies say the rider suffered superficial injuries to his arms and hands, but refused Wyoming Medical Center treatment on scene.

The affidavit states the man’s Wyoming driver’s license had been suspended.

The suspect faces two counts of felony property destruction and a charge of attempting to elude law enforcement. The irrigation pipe was damaged in 12 places for a total of $2,400 worth of damage, the report states. The damage to the WHP vehicle is estimated at $2,400 as well.

Bond was set in circuit court Monday at $6,000 cash or surety.