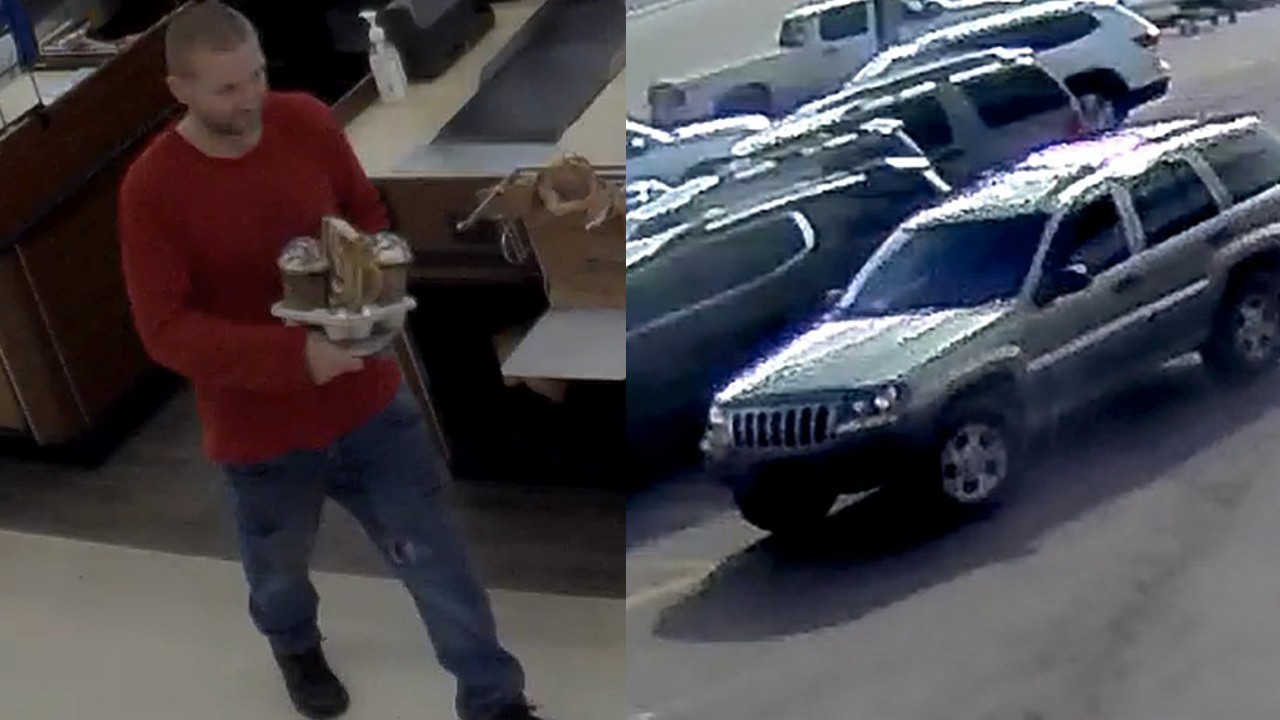 The Mills Police Department is asking for assistance identifying this person of interest. (Mills PD, Facebook)

CASPER, Wyo. — The Mills Police Department is asking for public assistance in identifying a person of interest in an auto burglary and theft case, according to a social media posting Tuesday.

Police say a vehicle was broken into on Thursday, June 2. Several items were stolen, including an ATM debit card.

“The card was used at several locations by a white male wearing a red shirt and driving a silver Jeep,” the police department stated. The Jeep has no front plate and a Wyoming license plate on the back that cannot be made out in the security footage from which the provided images were captured.