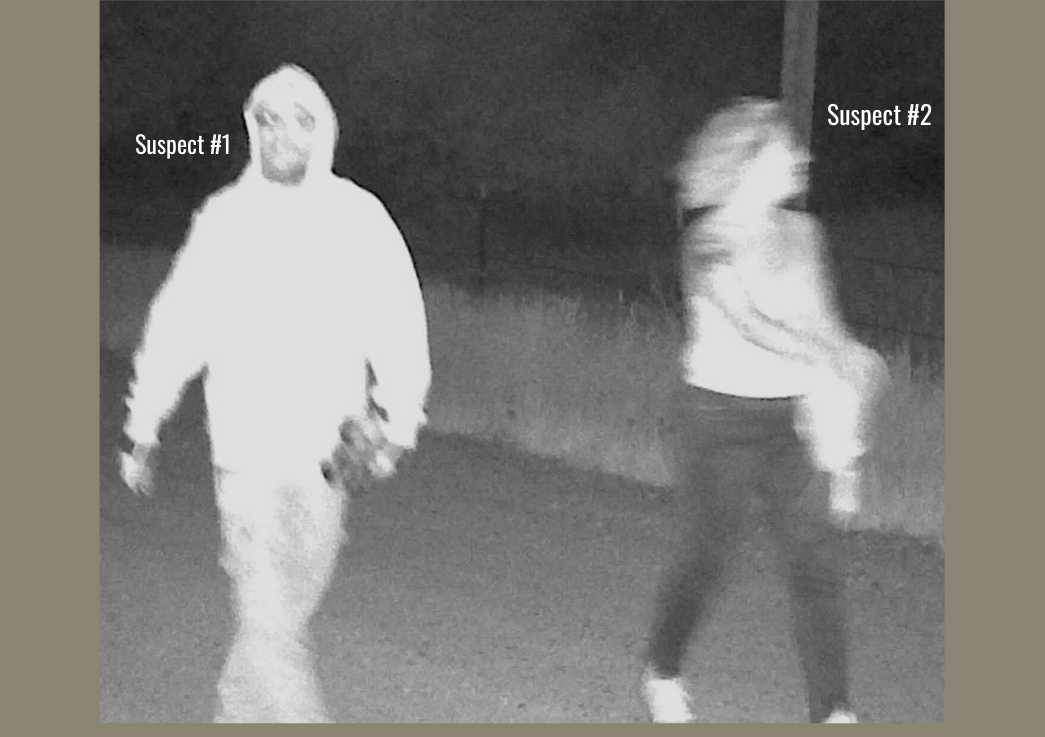 “On the evening of June 1, 2022, the Natrona County Sheriff’s Office responded to Casper RV Storage, located in the 4900 block of CY Avenue, for a report of a theft on a car hauler trailer,” the release said Wednesday.

“Upon arrival, deputies observed a damaged lock on the car hauler trailer and a multitude of car parts stolen, with the total cost of stolen items amounting to over $1,000,” the NCSO said.

During the initial investigation, deputies also obtained information that the suspects tampered with locks on multiple car hauler trailers located in the storage lot.

The NCSO is asking anyone with information to contact the Investigations Division at (307) 235-9282.