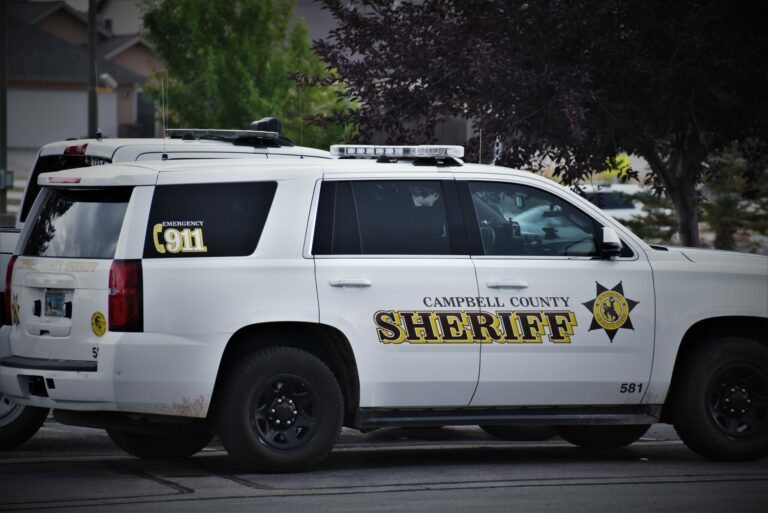 GILLETTE, Wyo. — A 30-mile pursuit early this morning ended with the suspect being hospitalized after rolling his car at 130 mph south of Gillette, law enforcement officials said Friday.

An arrest warrant for reckless driving, eluding, and driving while intoxicated has been issued for the suspect, identified June 24 as a 38-year-old man, who remained in hospital care hours after the incident that started with a 2:30 a.m. traffic stop by the Gillette Police Department at Highway 59 and Interstate 90, multiple law enforcement reports say.

Police stopped the suspect in a 2017 Chevrolet Malibu after he failed to stop for a pair of stop signs, and observed him displaying multiple signs of intoxication, according to Gillette Police Lt. Jason Marcus.

Marcus said that when officers told the man to step out of the vehicle, he fled south on Highway 59 at over 100 mph. Officers did not pursue him.

The pursuit continued south of Gillette 30 miles on Highway 59 until the 38-year-old man lost control of the Malibu near the Breene Road, where he overturned and rolled several times after leaving the roadway, per Reynolds.

Deputies and emergency personnel extricated the man from the vehicle and he was transported to the emergency room at Campbell County Memorial Hospital for injuries unspecified in the report, Reynolds said, adding that the man was moving around inside the vehicle prior to being removed.

A blood draw at the hospital revealed the man had a BAC of .22%, according to Reynolds, and the man will be arrested when he is released from medical care.