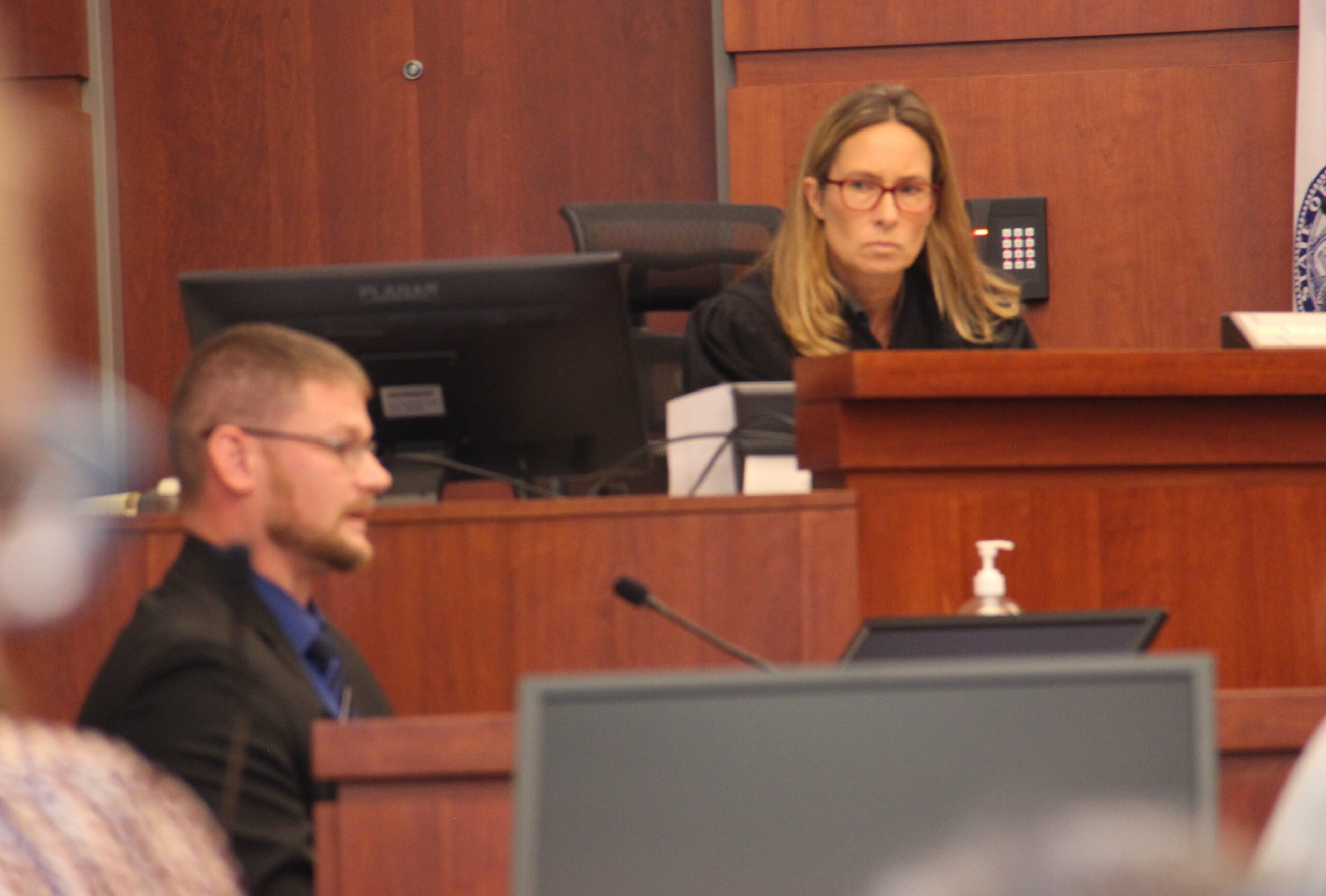 CASPER, Wyo. — A Casper police detective testifying at the preliminary hearing of Isaiah Williams in Natrona County Circuit Court on Thursday revealed details about the injuries the victim sustained in the attack that Williams and three others are charged with having plotted.

CPD Detective Chris Miller said that the other alleged assailant, 20-year-old Dallas Muller, admitted that he and Williams had chosen a baseball bat and a putter to carry out the attack at Lake McKenzie on Wednesday, July 20.

The victim, 25-year-old Bryce Dacus, told police he went to the pond with 18-year-old Trysta Creamer and 19-year-old Rae Cobert, who are charged with conspiring with the attackers.

Based on interviews with Creamer, Williams said the four developed the plan while camping and Dacus contacted Cobert via Facetime. Dacus ended up speaking with both women and alluding to a sexual relationship, Miller said.

Creamer and Muller later told police that Muller had urged Cobert to “set [Dacus] up,” Miller said. They said all four defendants had met the night before to agree on the plan, in which the men would wait in the bushes until they heard the code word “pineapple.”

Muller told police that he and Williams had picked a baseball bat and a putter from Muller’s garage on the morning of the attack before driving to the pond, putting on ski masks, and hiding in the bushes with the weapons, Miller said.

When they emerged upon hearing the code word, Muller said Dacus taunted that he was going to have sex with “both your old ladies,” Miller testified. Williams then hit Dacus with the golf club, and Muller punched Dacus in the jaw, then picked up the bat and swung it, though he was unsure where it connected on Dacus, according to Muller’s statements.

Dacus suffered fractures to three vertebrae and a compound fracture to the left pinkie that caused the bone to protrude from the palm. Dacus told Oil City he is slowly regaining movement in his left hand after surgery. He is unsure if he will need surgery on his back. He does not remember how he ended up in the water, where he was recovered by witnesses.

Police responded to the incident around 12:25 p.m. At the hospital, Dacus identified the attacker with the baseball bat as Muller, and said that he had seen Muller’s grey Jeep parked at the pond when he arrived with the women, Detective Miller said.

Police went to Muller’s residence, where both Muller and Williams were found. Muller initially denied having driven his gray Jeep that day, but police found that the engine compartment was warm. Both men were brought in for questioning.

Detective Miller said that Williams eventually told a detective, “Well, there’s nothing to talk about because I beat the f— out of that kid.” Williams advised that he also used the putter and hit Dacus “upside the f—ing head, sure did,” Miller testified.

Assistant District Attorney Jared Holbrook asked Miller if there was any remorse in Williams’s statements.

“Not that I know of, no,” Miller replied.

Detective Miller said Williams refused to speak of anyone else’s involvement in the fight, and that he had gone to the pond on foot because he suspected his girlfriend might be meeting a man there.

Muller told police the weapons had been stashed in his garage, where police later recovered them. Suspected blood found on the putter is currently under analysis at a state lab, Miller said.

Miller said that Cobert, as of Thursday, had not admitted any role in planning the attack. Miller said that a search warrant executed on Cobert’s Snapchat account showed a message from Cobert to Muller saying, “Now we have to talk to cops because you didn’t knock him out.” Cobert also messaged Williams asking if he had worn a mask, Miller testified.

Creamer told police she’d been assured by Cobert that the fight would not involve weapons, and that she had had misgivings about following through on the plan. She told police she was afraid of “being a snitch” and afraid of Williams and Muller, Miller said.

Dacus said he is trying to cope in the aftermath of the attack through drawing and art.