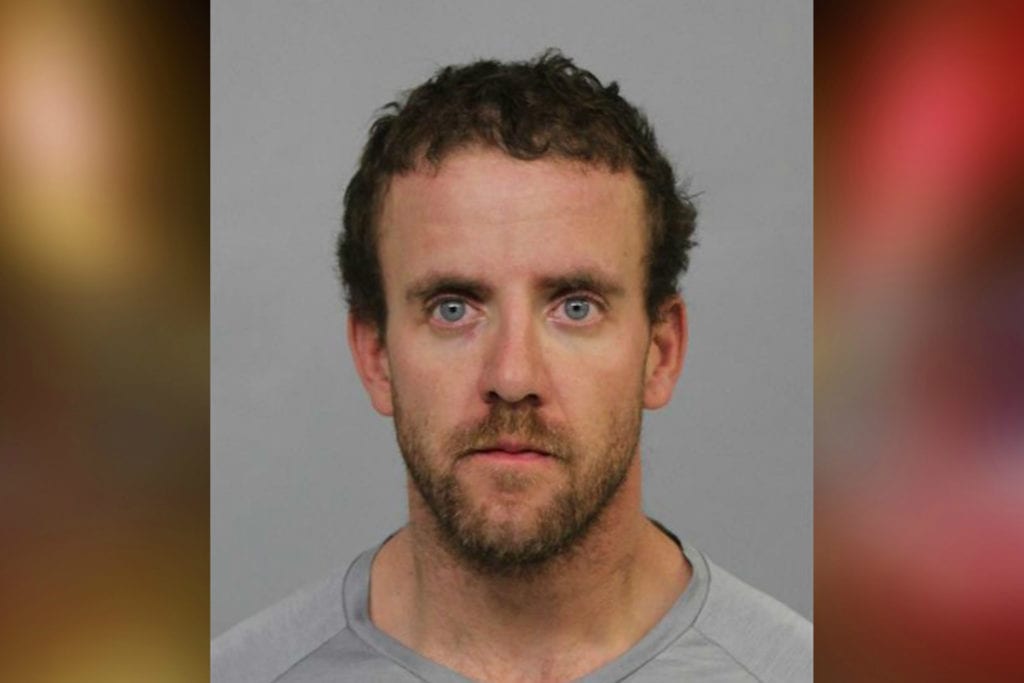 CASPER, Wyo. — A man with active warrants in four Wyoming counties as well as a history of eluding law enforcement was arrested by Casper Police on Thursday evening.

34-year-old Trevor Wroble was spotted by two off-duty officers in the area of West F and North Center Streets, according to CPD Lt. Scott Jones.

Jones told Oil City that on-duty officers including himself responded and a foot chase ensued. Jones said Wroble fled across the interstate and into the BNSF rail yard on C Street.

“Whether that was for camouflage or to make himself slippery and harder to catch, we don’t know,” Jones said. “But he is slippery.”

Jones described Wroble as a repeat offender who does not like to comply with law enforcement and has been implicated or convicted in multiple burglaries and thefts.

“Every officer has his face memorized,” Jones said.

In October 2021, Wroble pleaded guilty in Seventh Judicial District Court to concealing a stolen 2005 Suzuki motorcycle valued at $4,000, according to court documents. He is charged with failure to appear at his sentencing in March.

Wroble is also wanted on charges related to petty theft and eluding police in Albany County on April 23, 2022. According to an affidavit, police say Wroble took approximately $161 in merchandise from Walmart, including apparel, Doritos, and Uncrustable sandwiches. Surveillance video showed a suspect with long brown hair in the store and leaving in a vehicle. Responding officers stopped a vehicle matching the description nearby, but noted the driver was bald, the affidavit says. However, the man ran when police searching the car found a wig under the passenger seat, the report says.

In April 2021, Wroble was spotted by Laramie County authorities in Cheyenne driving a vehicle stolen out of Colorado, according to an affidavit. Wroble drove at speeds over 70 mph through residential areas before the chase ended on a dead-end road.

Wroble pleaded guilty to eluding police, driving under suspension, interference, and reckless driving. He has a bench warrant out of the county for failure to comply with probation.

In the early morning hours of Jan. 16, 2021, Wroble led Campbell County deputies on a chase that reached speeds of 127 mph on Highway 50, according to court documents. The vehicle was spike stripped and left the roadway before coming to a stop.

Police said the driver escaped on foot. The passenger was apprehended on scene and reportedly told deputies, “If you haven’t already caught him, you won’t.”

Authorities said they identified Wroble as the driver by finding his wallet and ID in the snow near his footprints, the affidavit states. Though it is unclear how he came to be arrested, Wroble eventually pleaded guilty to possession of burglary tools and interference.

Lt. Jones said Casper police received a tip about a week ago that Wroble may be back in the Natrona County community. He added that it’s not uncommon for off-duty or retired officers to spot suspects.

Wroble did not appear at Natrona County Circuit Court initials on Friday.