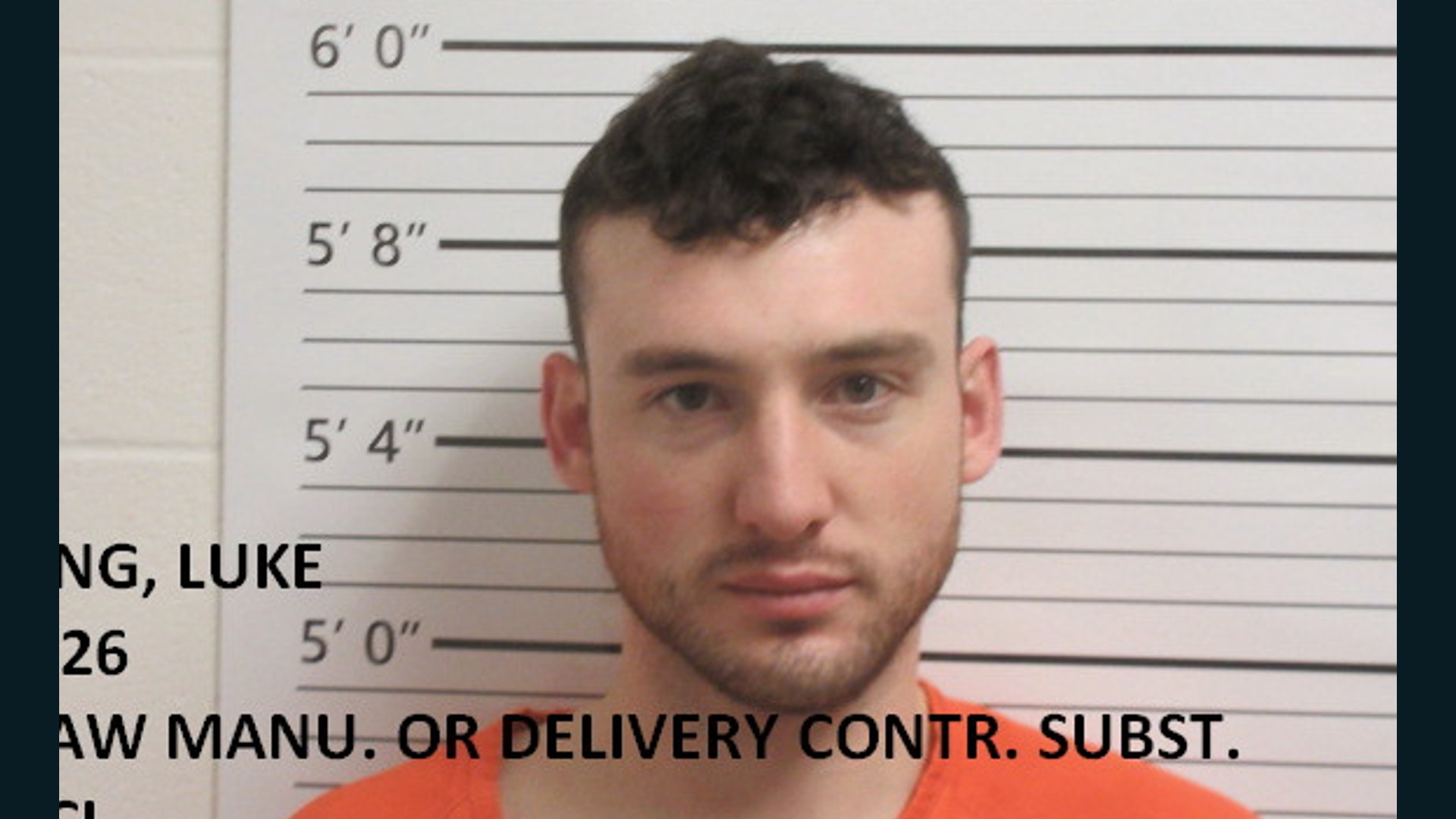 Luke Thomas Young was arrested on Wednesday afternoon. He is a person of interest in a double-homicide that occurred late Tuesday in Natrona County, according to NCSO. (Wyoming Department of Wyoming)

The NCSO began investigating the homicides of 27-year-old Kameron Young Johnson and 19-year-old Acacia Colvin around 11 p.m. Tuesday, Aug. 9. A person of interest in the investigation, 26-year-old Luke Thomas Young, was arrested at around 3:10 p.m. Wednesday.

On Thursday, the NCSO said it responded to the report of a shooting in the later evening hours on Tuesday. The shooting was reported to have occurred on U.S. Highway 20-26 near Casper. When deputies arrived, they located the two deceased individuals. A road closure was implemented on Highway 20-26 between Thirty Three Mile Road and Landmark Lane during the initial investigation.

Deputies and investigators worked through the night to process evidence and secure the scene.

The search for Young continued on Wednesday. A citizen reported suspicious activity of a person matching Young’s description at around 2:15 p.m. Wednesday, the NCSO said. NCSO deputies responded to the citizen report and located Young in the area of 7 Mile Road and 6 WN Road.

The NCSO said the investigation remains active and that it will release more information when it is available.

The NCSO extended condolences to the loved ones of Johnson and Colvin.

“Our Victim Services Coordinator is working closely with the victims’ families to ensure that they have the resources needed during this extremely difficult time,” the NCSO said.

Sheriff John Harlin added: “This is an [absolutely] senseless and tragic crime. We are focusing our efforts on conducting a thorough investigation and providing the victims’ families the resources they need so that they can begin to grieve the loss of their loved ones.”

The NCSO also thanked citizens who made efforts to report information to dispatchers and its Investigations Division.