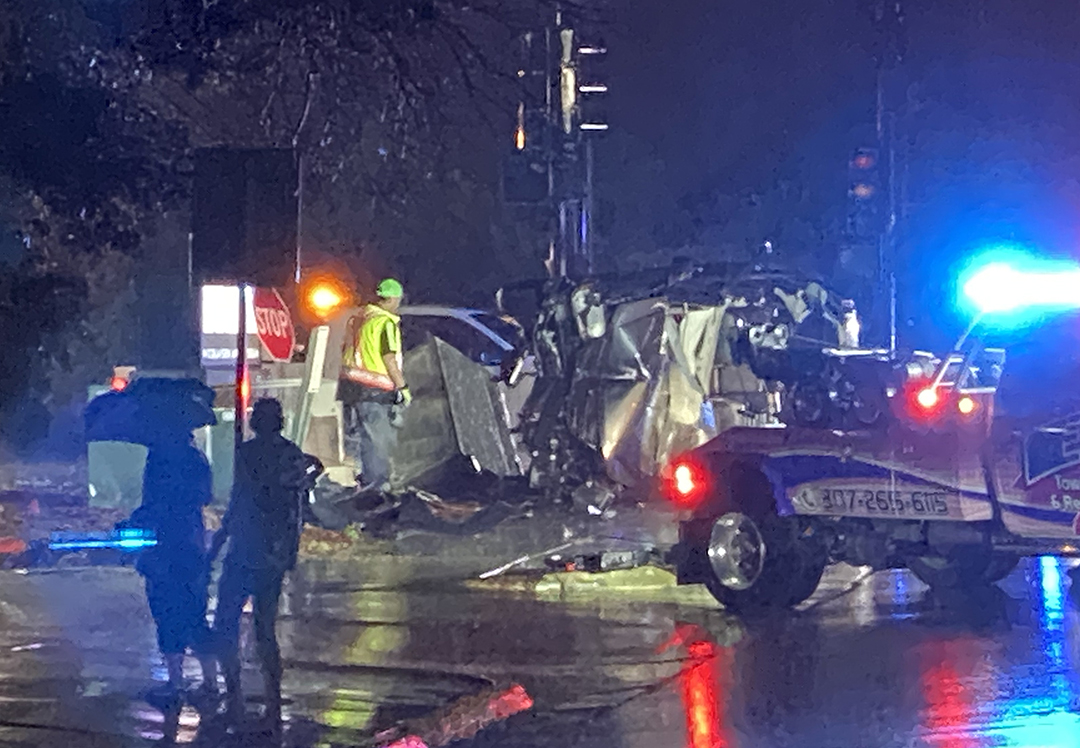 Crews work at the wreckage of a vehicle that hit a power box on the corner of Kimball and Second Street in Casper on Friday night. (Dan Cepeda, Oil City News)

This story has an update as of Aug. 13, click here to read.

CASPER, Wyo. — Two people were taken to the Wyoming Medical Center after a pursuit through Evansville and Casper ended in a single-vehicle crash on Friday night.

According to Casper Police Department Public Information Officer Sgt. Mitch Hill, the pursuit started in Evansville on Friday when police spotted a vehicle with two occupants who were believed to have been involved in an aggravated robbery that occurred on Thursday night.

Casper Police joined the pursuit, which ended when the vehicle lost control and crashed into a power box at the corner of Kimball and 2nd Street just after 9 p.m., said Hill.

The two occupants were taken to the Wyoming Medical Center with unknown injuries.

Streets were wet with some pooling after substantial rains fell on Friday evening and into the night.

“No [pedestrians] were hurt; they simply hit a power box and currently the streetlights at 2nd and Kimball are out, and will be for a substantial amount of time before they get repaired,” said Hill. “It will be a four-way stop.”