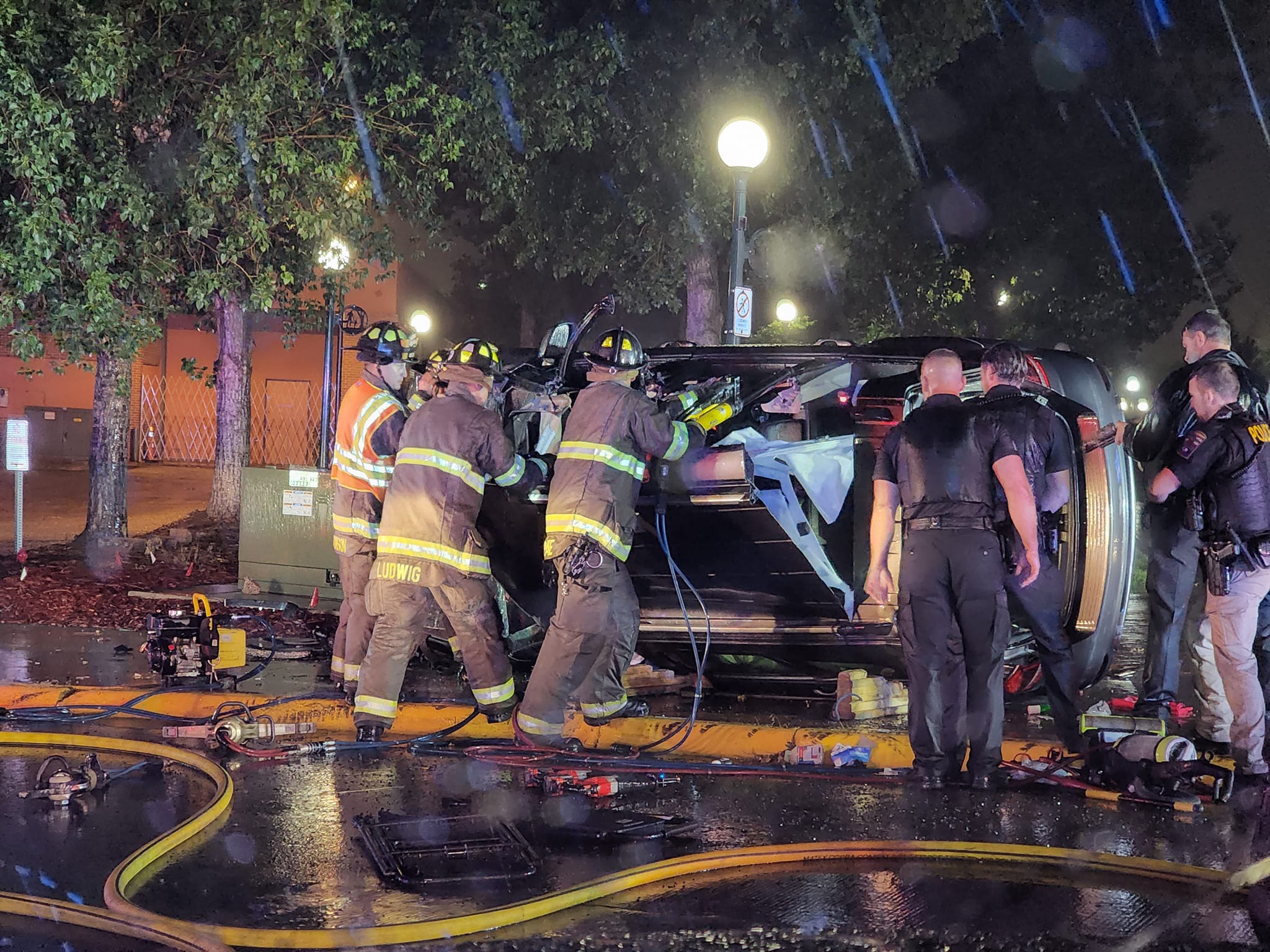 CASPER, Wyo. — The two people hospitalized after a chase with Evansville and Casper police Friday night are suspected to have been involved in the aggravated robberies of two Loaf ‘N Jug gas stations early that morning, the Evansville Police Department wrote in a Facebook post.

Early Friday morning, “the attendant working at the Loaf ‘N Jug in Evansville called and reported they had just been robbed by a male individual who asked for money and then lifted up his shirt showing the attendant a hand gun they had tucked in [their waistband],” the Saturday evening post read.

“The suspect then fled in an SUV with Colorado plates. This same subject also robbed a Loaf ‘N Jug in Casper, and attempted to rob one other station; however, they had locked [their] doors after hearing about the other two.”

Throughout Friday, officers of both police departments searched for the suspects, with an officer eventually seeing an SUV that matched the description given by Loaf ‘N Jug staff, with the same Colorado plates, around 8:50 p.m. The driver of the SUV fled, breaking several traffic laws, and police began to pursue him.

The suspects continued driving erratically through heavy rain and were chased west. The pursuit ended when the suspects’ car crashed into a power box at the corner of Kimball and 2nd Streets, causing the stop lights to go out.

“The passenger climbed out the passenger door window which was facing upward as the vehicle came to a stop and rested on its driver’s side, and then took off on foot to keep [eluding] the officers from both jurisdictions that were attempting to apprehend the suspects of the aggravated robberies with a firearm,” Evansville Police continued. “After a brief foot chase from the scene in [torrential] rain the suspect was apprehended.”

Fire and EMS units were called to the scene to assist the other suspect in exiting the car; they had to cut the roof off of the vehicle. The car was later discovered to have been stolen out of Colorado, hence the plates.

Both suspects were searched for weapons, then transported to the Wyoming Medical Center for treatment of injuries sustained in the crash.

“The main suspect was still wearing the same clothes from the first robbery and it is believed they were about to commit a second [aggravated] robbery,” the post stated. Both subjects have charges pending in both Evansville and Casper.

The department ended the post saying, “The Evansville Police [Department] thanks [Casper] PD for working with officers to apprehend the suspects, as well as Natrona County Deputies who assisted in other calls that came in during the event, Wyoming Highway Patrol and the first responders who stood in the rain with us.”