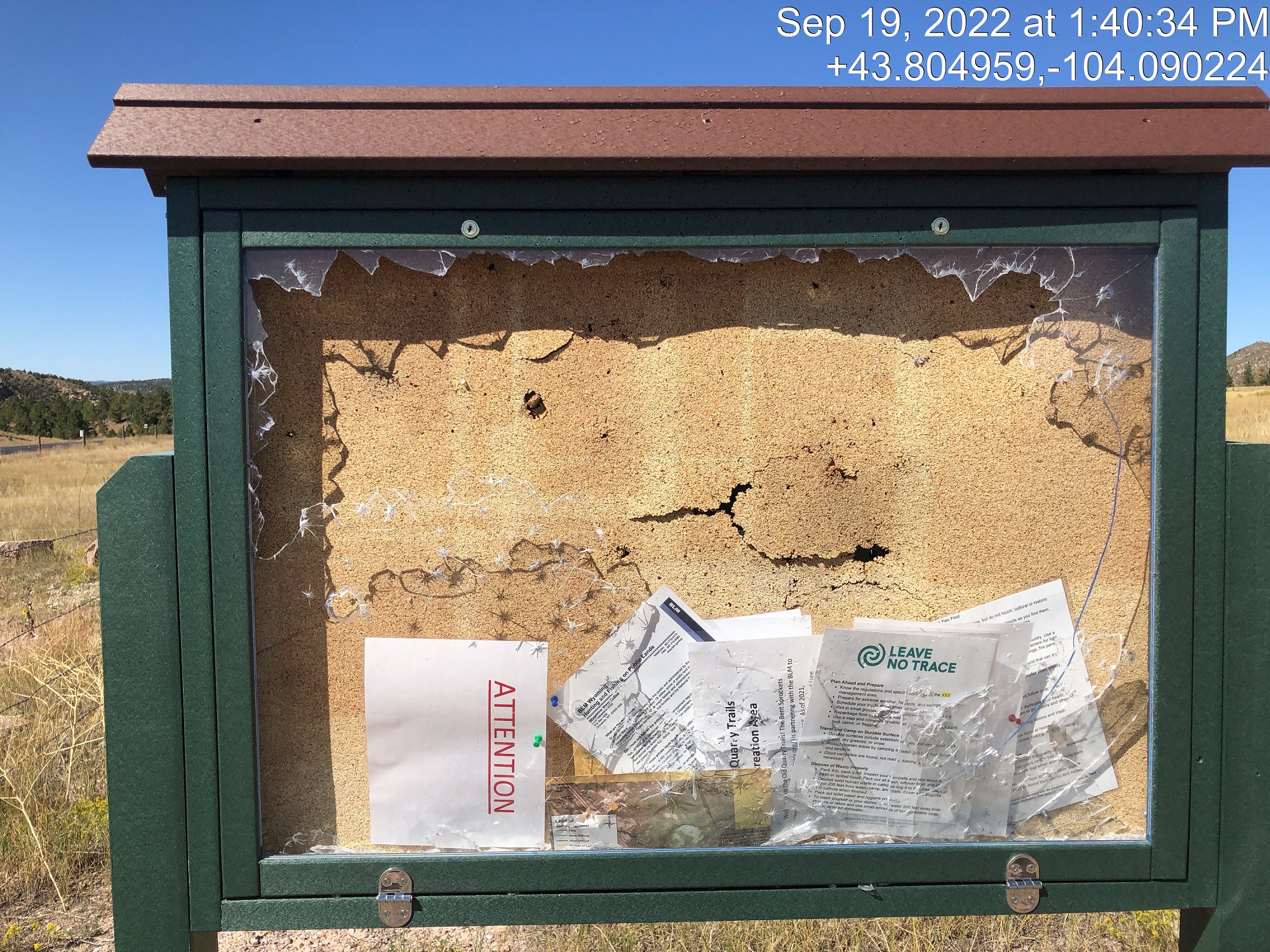 The Old Quarry Trails system kiosk has experienced vandalism at least twice since it was installed in May. (BLM)

Additional vandalism was reported by a member of the public on Sept. 19, the BLM said in a press release Friday.

“The BLM found the kiosk glass and back panel destroyed, with multiple shotgun shells and .22-caliber casings left at the scene,” the press release said. “The kiosk was damaged by shooting this summer and was awaiting repair prior to the most recent incident.”

In light of the additional vandalism, the BLM said it is increasing a reward for information leading to the identification and conviction of the individual or individuals responsible. The BLM is now offering a $500 reward for such information, an increase from the $300 reward it said it was offering after the initial vandalism was discovered this summer.

The kiosk was installed in May.

“Its installation, as well as the development of the Old Quarry Trail system, is a collaborative effort between the BLM, the Bent Sprockets Bike Club, private donors, and other volunteers to provide safe and accessible recreation opportunities for the community,” the press release said. “This summer the BLM hosted crews from the Montana Conservation Corps to further develop the trails. Once completed, the trail system will feature roughly 5 miles of trails with the potential for more routes in the future.”