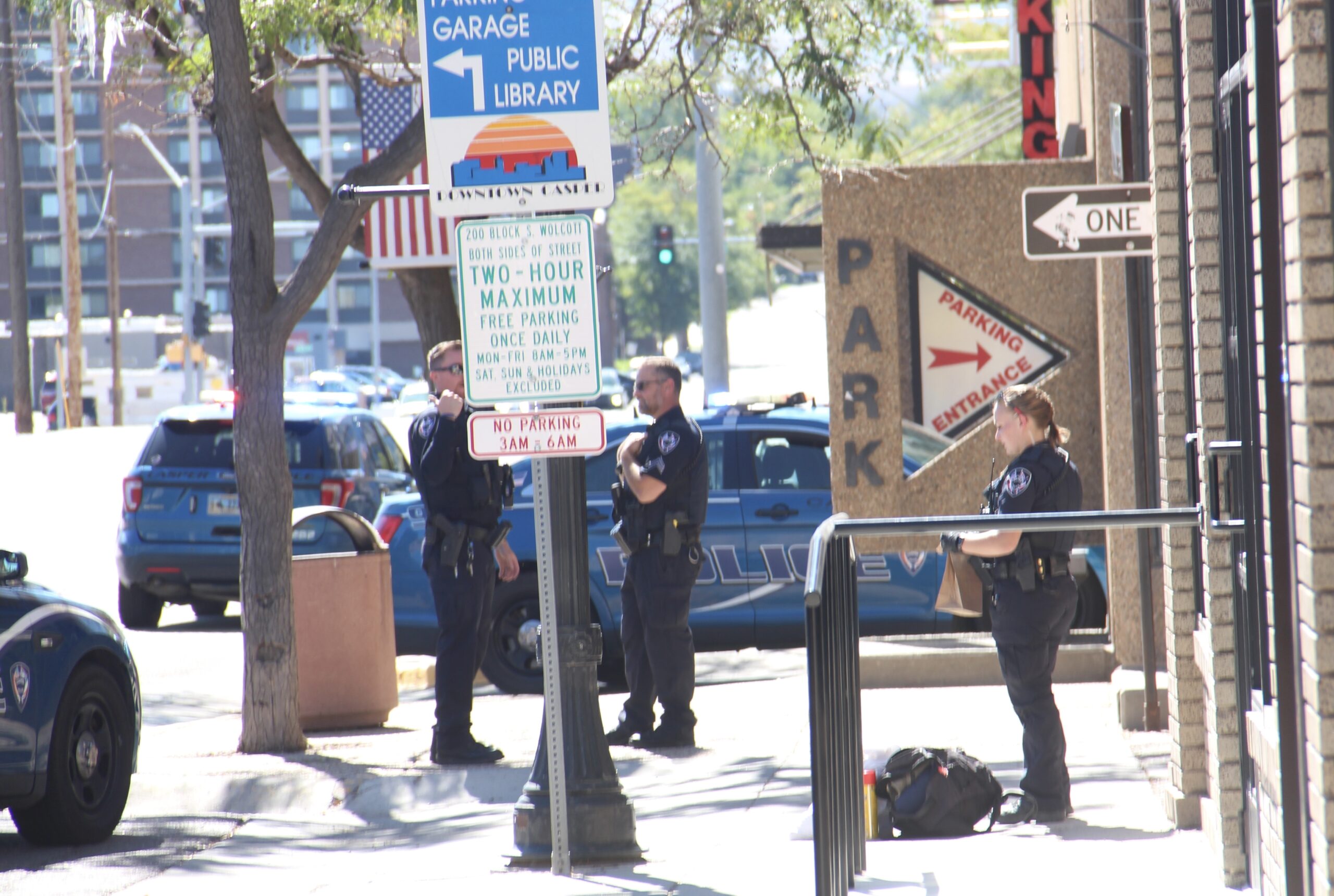 CASPER, Wyo. — A suspect is in custody Monday afternoon following a disturbance at a downtown Casper parking garage.

Casper Police Department and other law enforcement agency vehicles responded to the location on Center Street for a report of possible shots fired on Monday morning.

CPD Sgt. Joey Wilhelm told Oil City on the scene that police found no evidence of shots fired or of the involvement of firearms.

The loud echo from metal hitting on metal inside the parking garage may have sounded like gunshots, Wilhelm said.

The suspect was arrested on charges of breach of peace and misdemeanor property damage.

South Center Street was temporarily closed between East 2nd and East Midwest Avenue during the law enforcement investigation, but was expected to reopen shortly.