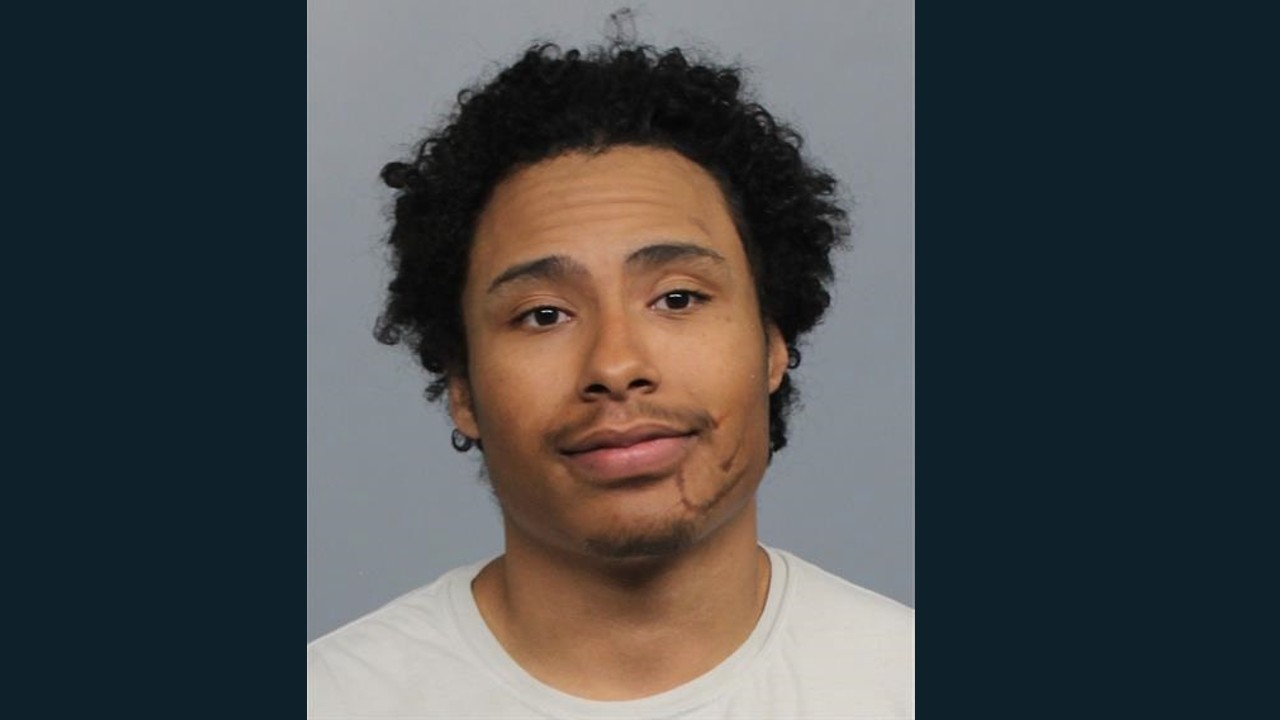 CASPER, Wyo. — A Natrona County man charged with felony property destruction is alleged to have punctured the tires of patrons at Racks Gentleman’s Club in apparent retaliation for looking at a dancer he’d dated five months earlier, according to the sheriff’s investigator’s charging document.

Elijah Dobbins, 22, was escorted out of the club around 1 a.m. Monday morning, the affidavit said.

Based on deputy interviews with witnesses and the bouncer, Dobbins reportedly told patrons not to look at “his girl,” a dancer. The woman told deputies she and Dobbins had been broken up for five months.

Deputies were first called to the club off Highway 20-26 for a report of property damage around 2:04 a.m. While en route, deputies encountered another man who hadn’t gotten far from the club before having to pull over to change a punctured tire.

In the parking lot, deputies spoke to two men who had had their driver’s-side tires punctured, the affidavit said. Deputies located two other vehicles with apparently punctured tires, including a Volkswagen with all four tires flat. All the flat tires had a one- to two-inch linear puncture mark, according to the affidavit.

While deputies were on scene, the dancer received a call from her sister in Evansville saying that their tires had been slashed as well.

Dobbins was stopped in the area by Evansville police. Investigators say his shoe matched a print in the snow found by the affected vehicle in Evansville.

Investigators say they found a small black folding knife on his keychain and a box cutter in a duffel bag in Dobbins’s vehicle. They also found three 9mm handguns and were holding onto them for safekeeping,  the affidavit said.