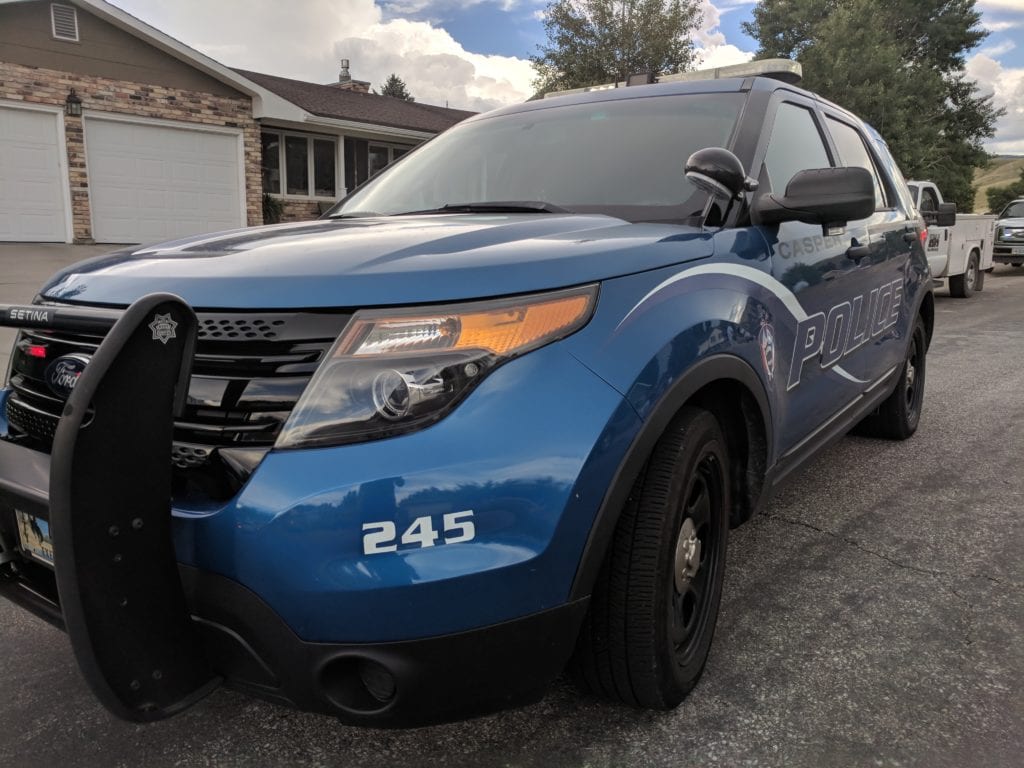 CASPER, Wyo. — On Sunday night, the Family Dollar on CY Avenue, the Kum & Go gas station on McKinley Street and the Big D gas station on 12th Street were robbed by a man believed to have been armed with a gun.

According to the Casper Police Department, the suspect first went to the Family Dollar at roughly 7:30 p.m., walked directly to the cash register and displayed his firearm to the clerk before demanding the money in the register.

Then, about an hour and 20 minutes later, he did the same thing at the McKinley Street gas station. However, the suspect fled the gas station before they were able to get any money as people were pulling into the parking lot.

Just minutes later, he held up the Big D on 12th Street, once again showing he had a firearm in his jacket pocket.

The Casper Police Department is asking for the public’s help in identifying this individual, but warns that he should still be considered armed and dangerous.