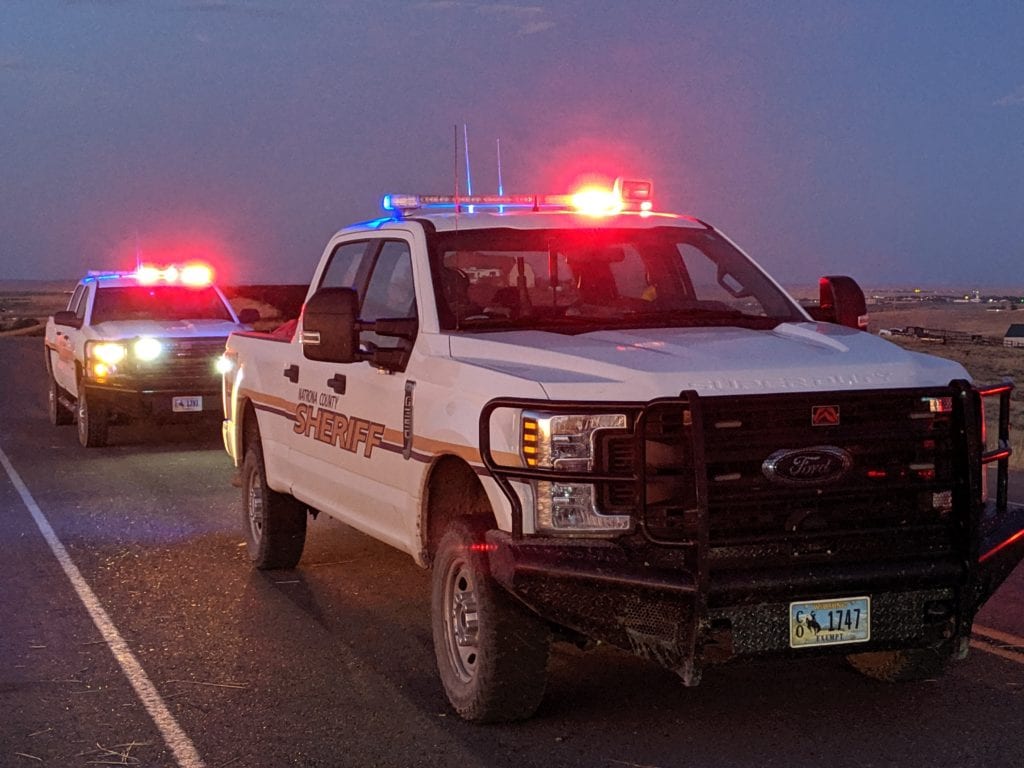 CASPER, Wyo. — A Casper man is facing two felony charges in Natrona County Circuit Court stemming from a pair of incidents last summer. Natrona County Sheriff’s Office deputies say he threatened a man with a hatchet in the street and then returned in the overnight hours to break out vehicle windows in apparent retaliation for reporting it.

The incidents were reported late last June. An arrest warrant was issued in December after state crime lab test results tied the defendant to the damaged vehicles, the affidavit indicates.

Zachariah Keller, 29, was charged with aggravated assault and battery and felony property destruction on Tuesday, Jan. 14. Bond was set by Judge Michael Patchen at $20,000 cash or surety.

Keller is presumed innocent until proven guilty. The charges carry a maximum combined penalty of up to 20 years in prison.

On June 23 at around 5:15 p.m., a woman in Paradise Valley noticed a vehicle parked across the street with trash around it, according to an affidavit.

The woman said she approached the vehicle to ask the occupants — Keller and another woman — to pick up the trash. She said Keller became upset and drove away.

Keller reportedly sped back down the street a short time later and parked in front of the house. The woman’s husband yelled at the vehicle to slow down, and Keller reportedly got out of the car and got into an argument with him. The man said Keller then retrieved a hatchet from the car and raised it while advancing on him, saying “I’m going to kick your a—, old man!”

The woman estimated the distance between the men at 12 feet. The man went back into his house.

A responding deputy found a hatchet in tall weeds near the property. Keller, who was interviewed on the scene, denied it was his. He was released due to a lack of further evidence, the affidavit said.

“The hatchet was not collected for evidence or safekeeping,” the affidavit said.

The next morning, deputies were again called out to the residence for two vehicles with smashed-out windows and damaged windshields. The windshield had linear holes consistent with impact from a bladed tool, the affidavit said. Two professional estimates put the damages at $4,705.41 total.

Investigators also found blood on the doors of the truck and collected samples.

Shortly after arriving on scene, deputies say they found Keller in a vehicle nearby. Keller had a fresh cut on his thumb and blood on his face, which he was unable to explain, according to the affidavit. He claimed he had slept in his vehicle.

In August, investigators obtained a search warrant from circuit court to collect Keller’s DNA for comparison to the blood samples. There was a statistical match: “2.73 sextillion statistical weight,” according to the affidavit.