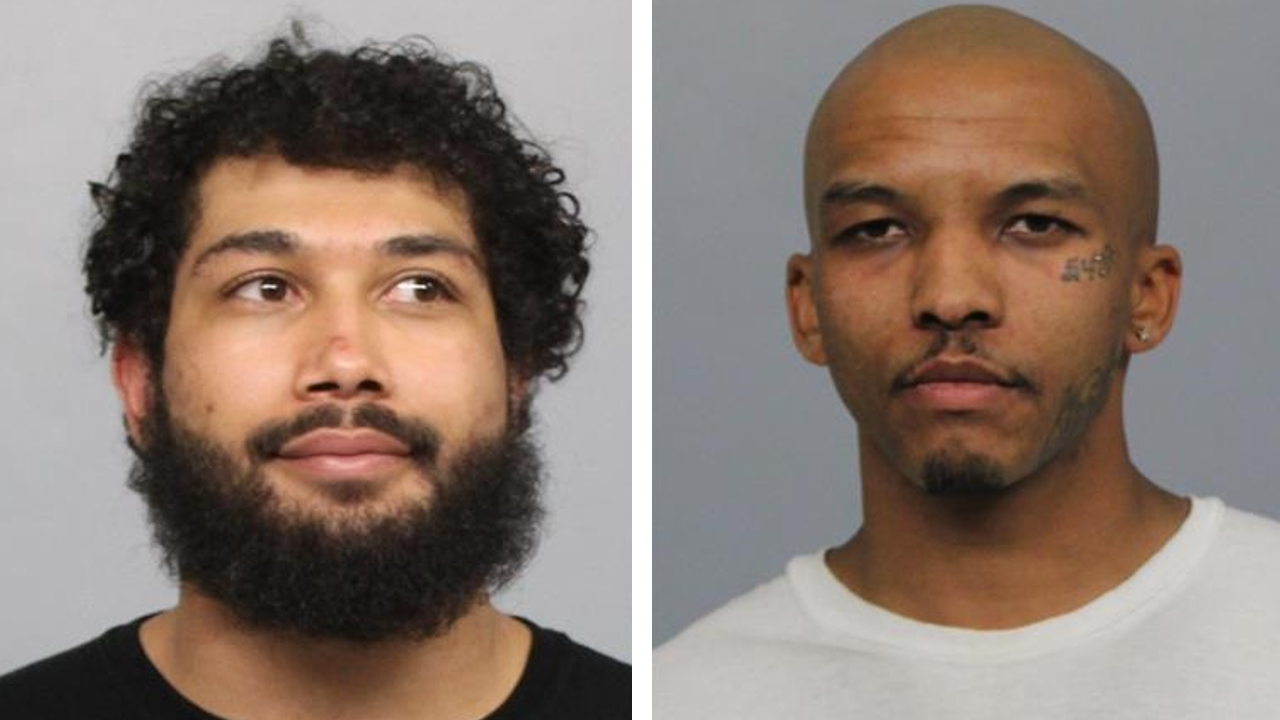 CASPER, Wyo. — 26-year-old Xavier Bynum pleaded guilty to two felony charges of conspiracy to distribute methamphetamine and fentanyl in Natrona County District Court on Thursday. His alleged accomplice, Isaiah Wallace, is set for trial in October. He faces 12 felony charges, including conspiracy to deliver methamphetamine, marijuana, and fentanyl. Other charges include felony possession of those drugs as well as cocaine and anabolic steroids.

Wallace is presumed innocent until proven or pleading guilty.

Others named as co-conspirators have entered guilty pleas in District Court. Court records indicate that public defenders from other counties had to be enlisted to represent the number of people charged in the investigation.

There was no binding agreement on sentencing as part of Bynum’s plea, except that the sentences on both charges would run concurrently. Bynum could face a maximum of 20 years in prison. Bynum’s attorney, Eric Palen, noted Thursday that Bynum is already awaiting sentencing on felony charges of eluding in Platte County.

Six co-conspirators were named in the affidavit filed by a Wyoming Department of Criminal Investigation agent. Agents say they recovered about 12 pounds of methamphetamine, 15 pounds of marijuana, about 3,000 fentanyl pills, eleven firearms, cocaine, anabolic steroids, and thousands of dollars in U.S. currency when arrests and search warrants were executed in Natrona County in March.

Bynum, Wallace, and Wallace’s girlfriend, Hope Vallez, were arrested March 17. A fourth named co-conspirator, Andrew Keller, was arrested the next day in Mills. Another named co-conspirator, Blaine Clutter, was killed after a standoff with police in Evansville on March 19. The district attorney’s office determined that the officers involved acted lawfully.

The eight-month investigation began in August 2021. A confidential source told state agents that a man identified as Isaiah Wallace was actively “flooding” Natrona County with controlled substances, specifically methamphetamine, according to the affidavit. Throughout the investigation, sources said they knew Wallace to be traveling throughout Wyoming with up to eight pounds of methamphetamine at a time for redistribution.

Sources told agents last year that Bynum would accompany Wallace to purchase pound-sized quantities of methamphetamine from a supplier in Cheyenne. After the source was arrested in November 2021, agents say the conspirators located another supplier in Denver, Colorado.

On Aug. 17, 2021, Bynum and Wallace led Platte County Sheriff’s deputies on a pursuit that continued into Laramie County. The deputy’s report indicates that Bynum tossed various objects from the driver’s window during the chase, including a burning cigarette, which is a misdemeanor. Another object damaged the trooper’s windshield.

After Highway Patrol brought the pursuit to an end with spike strips, law enforcement recovered 29 grams of suspected methamphetamine and a Glock handgun, the affidavit said.

Agents conducting surveillance on vehicles registered to Wallace learned that he, Bynum, and Vallez would frequently travel from Casper to Denver. They would also frequent an auto and RV shop on the 5100 block of West Yellowstone Highway in Mills.

A confidential source told agents they had purchased methamphetamine at the shop from the owner, Andrew Keller, the affidavit said.

On March 4, agents observed Wallace, Bynum, and Vallez at the shop in Mills. The next day, agents attempted to stop two vehicles leaving the shop, which led to pursuits. When the chases ended, 61 grams of meth and 23 fentanyl pills were recovered. Defendants unnamed in the affidavit were arrested.

Warrants were obtained and executed for Wallace, Bynum, and Vallez on March 17, when Wallace was alleged to have returned from a trip to Colorado. Warrants executed on his registered vehicles collectively recovered 15 pounds of marijuana, 12.6 pounds of suspected methamphetamine, 52 grams of cocaine without packaging, around 3,000 blue-pressed fentanyl pills, and 10 firearms, the affidavit said.

The next day, a Friday, agents executed a warrant at the shop in Mills, where thousands of dollars in U.S. currency, packaging materials, and firearms ammunition were located, the affidavit said. Later that day, agents attempted to serve the warrant on Clutter in Evansville.

In Bynum’s vehicle, agents recovered about 1.2 pounds of marijuana and a pistol, the affidavit said.

Two counts of conspiracy to deliver marijuana and possession of marijuana in a felony weight were dropped for Bynum.

While entering a factual basis for his plea on Thursday, Bynum conceded only that he conspired to deliver quantities of methamphetamine and fentanyl in amounts exceeding three grams, and that he did so about once or twice a week over the charging period, from July 2021 to March 2022.