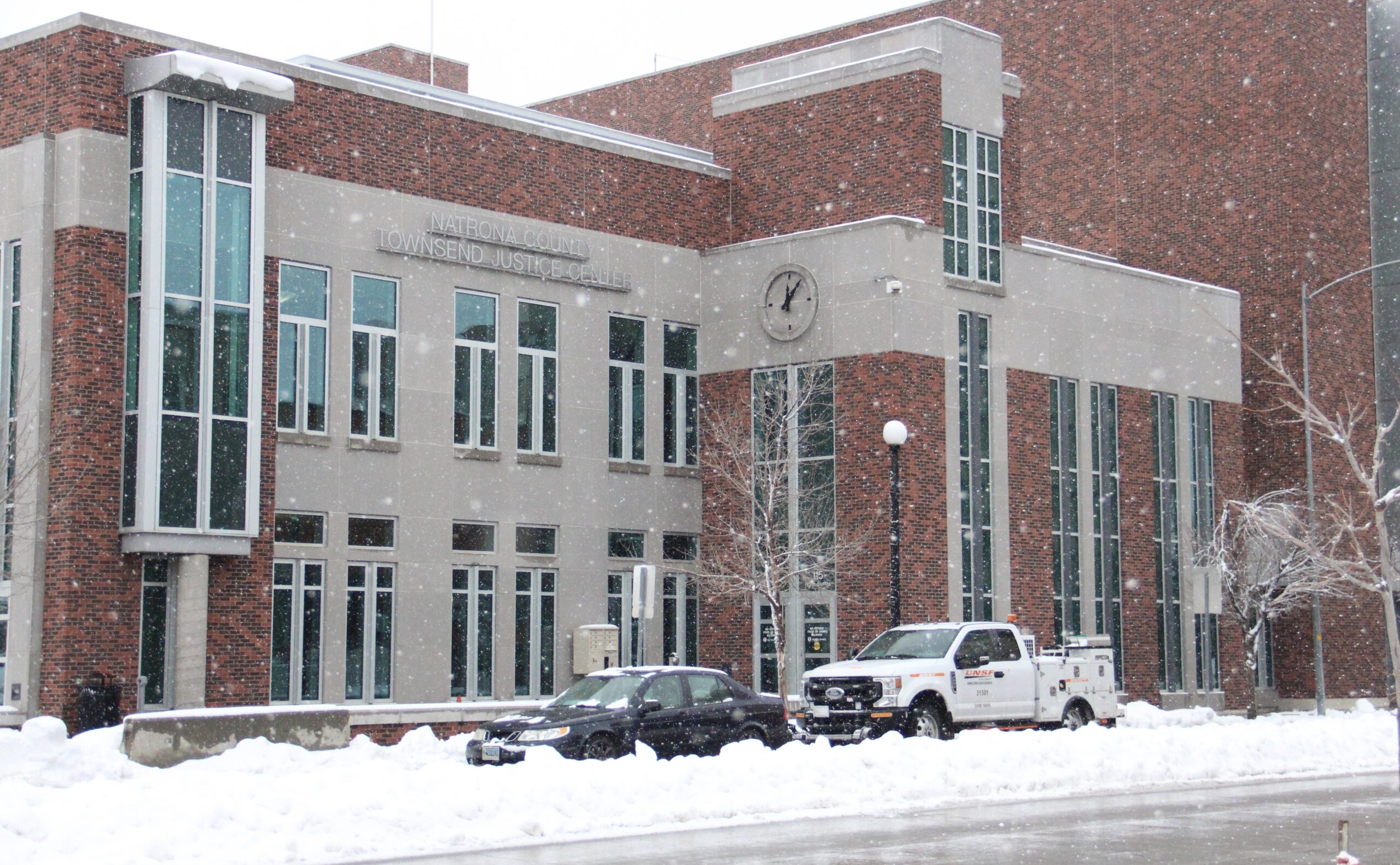 CASPER, Wyo. — The widow of a Casper man who died of internal bleeding following a routine back surgery is suing the anesthesiologist who had monitored him in recovery for $18 million.

On July 23, 2018, Calvin Grinder underwent a microdiscectomy, a common outpatient procedure to repair a herniated disc in the spine, at WMC’s East Campus, newly acquired from Mt. View Regional. Extensive documentation establishes Dr. Lee Warren, the surgeon, caused a tear in the anterior aorta, a major artery that runs between the spinal cord and abdominal cavity, during the surgery. The injury went unnoticed.

Dr. Eddington was the anesthesiologist during the procedure and remained with Grinder in the recovery room.  Grinder’s condition deteriorated post-op, and it was about three hours into recovery when doctors went back into surgery and found the bleed.

Grinder died later that evening of “irreversible shock and severe acidosis,” according to Dr. Brock Anderson, who was called in during the emergency. Grinder was 33.

The prosecution argued Tuesday that Eddington failed to identify internal bleeding as the most serious possible cause of Grinder’s symptoms in recovery, symptoms consistent with systemic shock.

The suit, which was filed in 2020, originally names Dr. Warren and Wyoming Medical Center as co-defendants, and they are included in the most recent available filings.

Dr. Eddington is the sole defendant in this trial. Logan, who is told Oil City News Tuesday he couldn’t comment on why this is the case, due to court order. Oil City has reached out to other attorneys for information.

The defense argued that an arterial injury was so rare during this type of surgery that Eddington, and other doctors, would testify they’d never heard explicit mention of its risk. They argued that Eddington clearly took steps to treat the most plausible causes of Grinder’s symptoms.

“This was a tragedy,” Dr. Eddington’s attorney, Jeffrey Brinkerhoff, told the jury. “But this is a case of misplaced blame. The evidence will show that when you look at Dr. Eddington’s case, without the benefit of hindsight, his actions were reasonable and appropriate.”

Documents establish that Grinder was admitted to the post-anesthesia recovery room at 9:02 a.m. with a systolic blood pressure below 90, low enough to meet the definition of hypovolemic shock, according to a deposition given by neurologist Dr. Robert Narotsky.

Attending nurses said Grinder was agitated, sweating, and became cool to the touch, documents state. Dr. Eddington administered fluid, vasopressors, and other medications to manage the condition, including a medication to treat a possible panic attack.

Further symptoms of internal bleeding, including a distended abdomen and mottling of the skin, began to manifest.

One attending nurse voiced concerns to both doctors about the patient’s deteriorating condition and suggested lab work and a CT scan, but none was ordered, Logan said. Grinder was unresponsive, reintubated and placed on defibrillating monitors — a “crash cart” — by 11:32 a.m.

Dr. Anderson arrived to assist and Grinder was taken back into surgery around 12:04 p.m. to search for the possible bleed. Grinder then went into cardiac arrest. Dr. Anderson clamped the aortic artery and injected adrenaline directly into the heart. Because the WMC East facility was not equipped with a blood bank or ICU, Grinder was transported to WMC Central, where his torn aorta was repaired and blood was supplied. He went into the ICU around 6:43 p.m. and died later that evening.

Logan said Dr. Eddington should have recognized the early signs of shock and quickly identified an internal bleed as a likely cause.

“All of the information was right in front of Dr. Eddington,” Logan said. He added that doctors are expected to rule out the most life-threatening possibilities when diagnosing symptoms.

Because there had been no excessive bleeding observed during the procedure itself, Dr. Lee and Dr. Eddington had no reason to believe there had been any complications, Brinkerhoff argued. There also hadn’t been any spike in heart rate or drop in blood pressure, which would be expected if the bleed began during surgery, Brinkerhoff said.

Grinder’s low blood pressure and agitation in recovery would be consistent with the effects of medication given during surgery and the patient’s own self-expressed anxiety beforehand, Brinkerhoff added.

The fact that the dose of vasopressin Eddington administered had spiked the patient’s low blood pressure and kept it up for an hour also indicated that something other than internal bleeding was causing the symptoms, Brinkerhoff said.

Brinkerhoff reiterated that the injury Grinder incurred was exceedingly rare — even unheard of — by some doctors.

According to Dr. Narotsky’s deposition, anywhere between 200,000 and 480,000 microdiscectomies are performed annually, with an arterial injury occurring in about 50-70 of them. Done by textbook definition, the surgical instruments should penetrate no deeper than a third of the way through the disc space, presenting virtually no risk to the aorta, he said.

Grinder was a Natrona County High School graduate and paraeducator at the former Willard Elementary School, according to his obituary. Logan added that Grinder was known for his charm and goofiness, including wearing a wrestling belt to his wedding.

He was looking forward to starting a family with Tanya, and left behind an 18-month-old son when he died.

Logan said an economist had calculated that Grinder would have made $1.8 million in his lifetime, but that the totality of a human life is “worth 10 times the wages that person earns.”