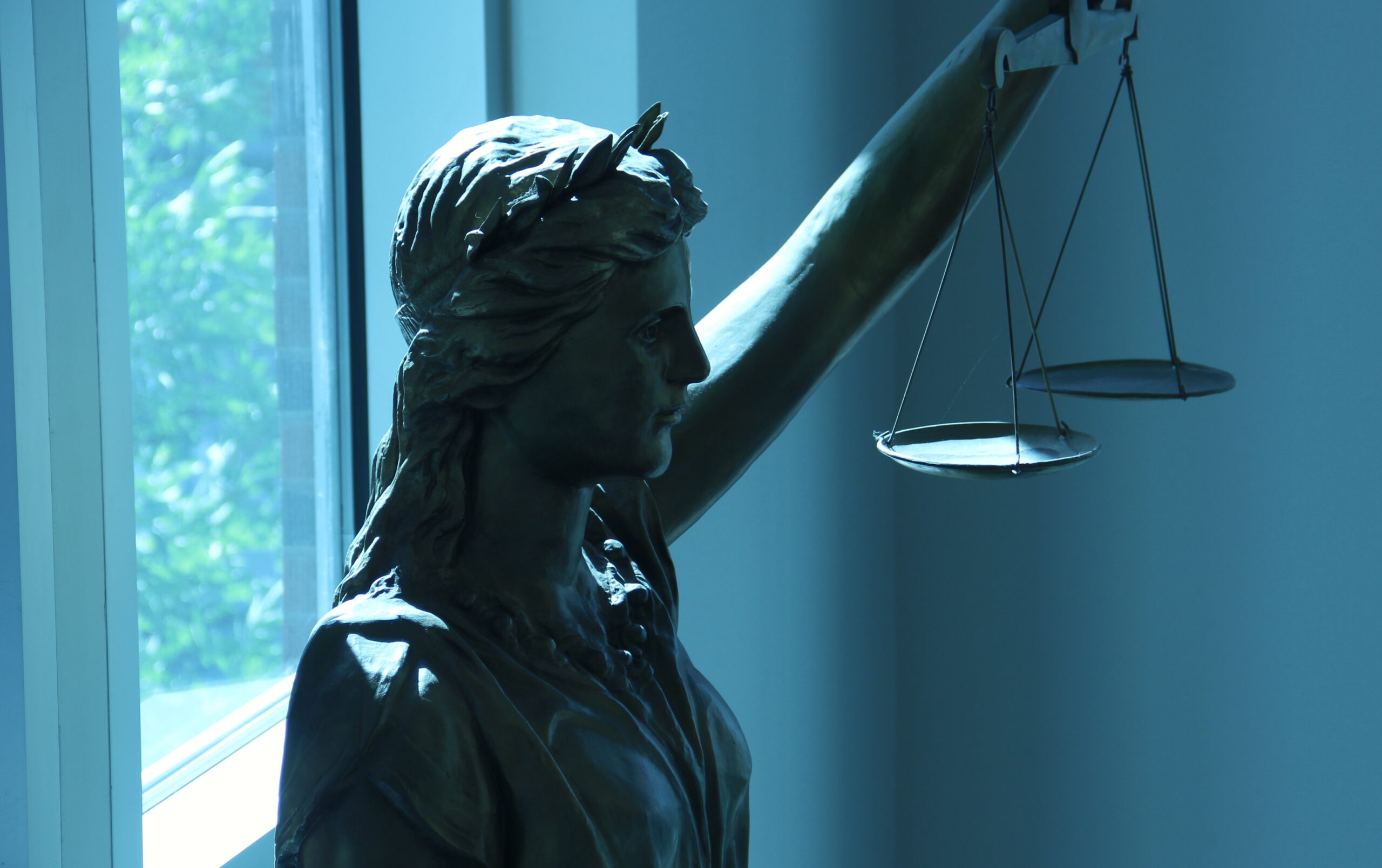 A statue of Justice at the Townsend Justice Center, as seen through an exterior window of the building, on Center Street in Casper. (Greg Hirst, Oil City)

CASPER, Wyo. — A Seventh Judicial District jury found Casper anesthesiologist Jordan Eddington not negligent in the 2018 death of Calvin Grinder, according to trial clerk Sam Paulson. After a week of testimonies and witnesses, the verdict was read around 9 p.m. Monday, Jan. 23.

On July 23, 2018, Calvin Grinder underwent a microdiscectomy, a common outpatient procedure to repair a herniated spinal disc. He incurred a vascular injury that went unnoticed during the procedure, which was performed by neurosurgeon Dr. Lee Warren. Grinder’s condition in post-anesthesia recovery deteriorated, alarming attending nurses, according to the complaint.

After almost three hours under Eddington’s care in the recovery room, Grinder was taken back into surgery, where the bleed was found and later repaired. Grinder died later that evening from systemic shock, court records state.

Dr. Warren and the Wyoming Medical Center were originally named with Eddington in the civil malpractice complaint filed by Grinder’s widow. Eddington was the sole defendant in last week’s trial. Tyson Logan, the plaintiff’s attorney, told Oil City News last week that he couldn’t comment on why this is the case, due to court order. Oil City News has reached out to other attorneys for information.

Logan had argued that Dr. Eddington failed to identify internal bleeding as the most serious possible cause of Grinder’s symptoms in recovery.

More information on the case can be found here.