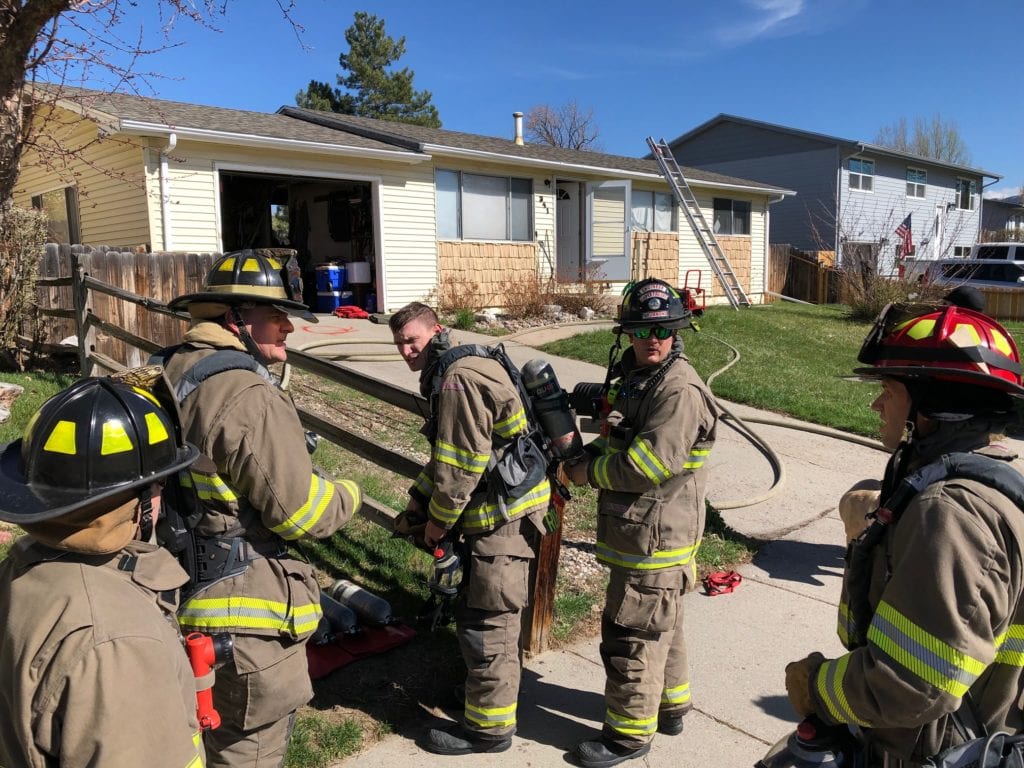 Emergency crews responded to the scene of a house fire in Casper on Tuesday afternoon, April 23, 2019. (Dan Cepeda, Oil City)

CASPER, Wyo. — No injuries were reported and one dog was rescued at a Tuesday afternoon house fire in Casper.

Officials say that the call came into emergency dispatch for a fire at the 300 block of Wind River Avenue at approximately 3:42 p.m.

According to fire inspector Jason Parks, the fire appears to have originated outside and was concentrated to the rear exterior of the house.

The exact cause of the fire is undetermined, but Parks said he believes it started in a trash can.

Firefighters had the blaze knocked down approximately five minutes after arrival.

Damage to the home is reportedly largely exterior, leaving the home habitable.

Dan Cepeda and Trevor T. Trujillo contributed to this story.