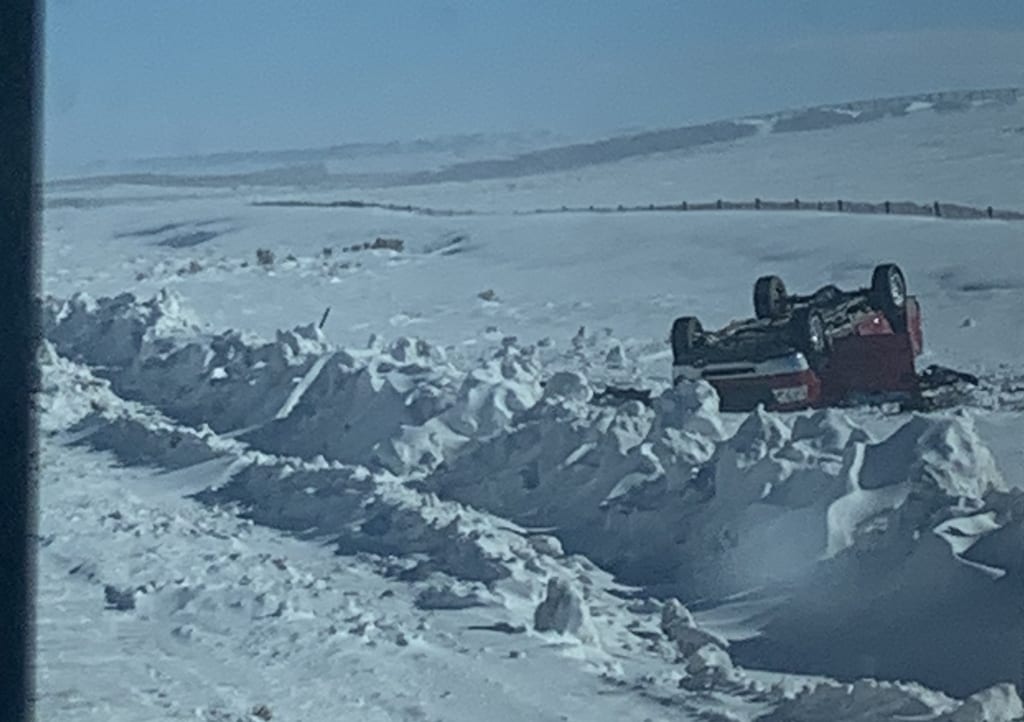 CASPER, Wyo. — An EMT, who died following an unrelated medical emergency while assisting at the scene of a crash, was remembered by a witness for being caring.

“Paramedic Mike Wilder of the Wamsutter Ambulance Service suffered a fatal cardiac arrest while working the scene of a fatal car crash,” the Wyoming Fire Chiefs’ Association said in an announcement Monday. “Our condolences to all those affected.”

Wilder had responded to the scene of a single-vehicle rollover on the morning of January 11, 2020, where a driver lost their lives as a result of the crash.

A truck driver who was present at the scene, and says that he assisted with initial rescue efforts, was reportedly treated by Wilder, before Wilder died.

“I was one of the truckers that stopped to help with the crash, after I was flagged down by another trucker and before any emergency responders arrived,” said Irvin Derington, in message sent to Oil City. “I ended up cutting up my hand on the door while trying to pull it open. The paramedic that died wrapped my hand.”

“He was very nice and caring towards me and the victims,” Derington continued.

Derington says that he, and multiple other drivers initially stopped to assist, before crews arrived. Wilder was still alive when Derington left the scene.

The crash that claimed the life of 60-year-old California resident Henry House is under investigation by the Wyoming Highway Patrol. Speed on icy roadways, during blowing snow conditions, is being investigated as a contributing factor.