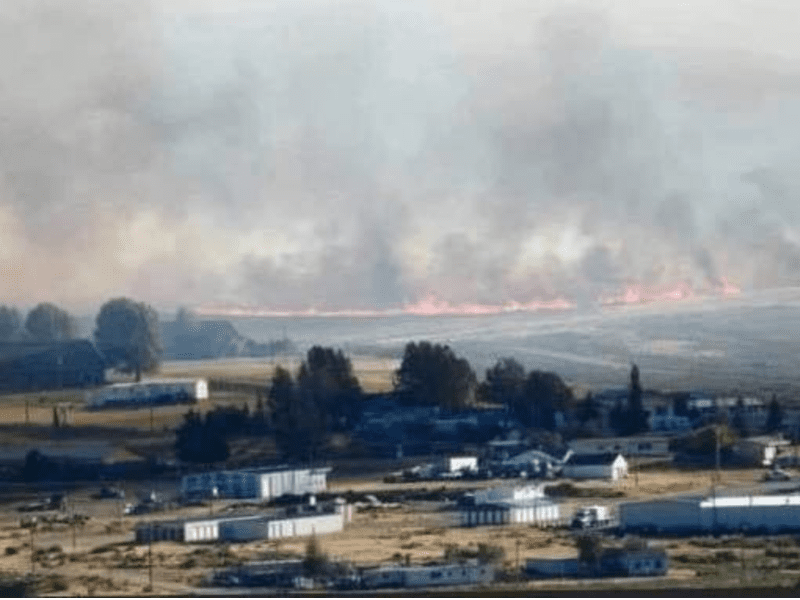 CASPER, Wyo — The entire town of Hanna, WY (approximately 846 residents) have been evacuated to Laramie after a wildfire broke out Saturday, September 5, according to the Federal Emergency Management Agency (FEMA).

“The fire has burned over the Hanna water treatment plant and has destroyed one fire engine.” FEMA said.

In a release from Black Hills Energy Saturday night, the company said firefighters on the scene are working to protect natural gas infrastructure in the area.

FEMA Regional Administrator Lee dePalo approved Wyoming’s request for a federal Fire Management Assistance Grant (FMAG) to fight the fire after “determining that the fire threatened such destruction as would constitute a major disaster.”

“At this time there are no reported injuries,” Black Hills Energy said Saturday night. The agency said it had safely shut off gas to the area, as part of its emergency action plan.