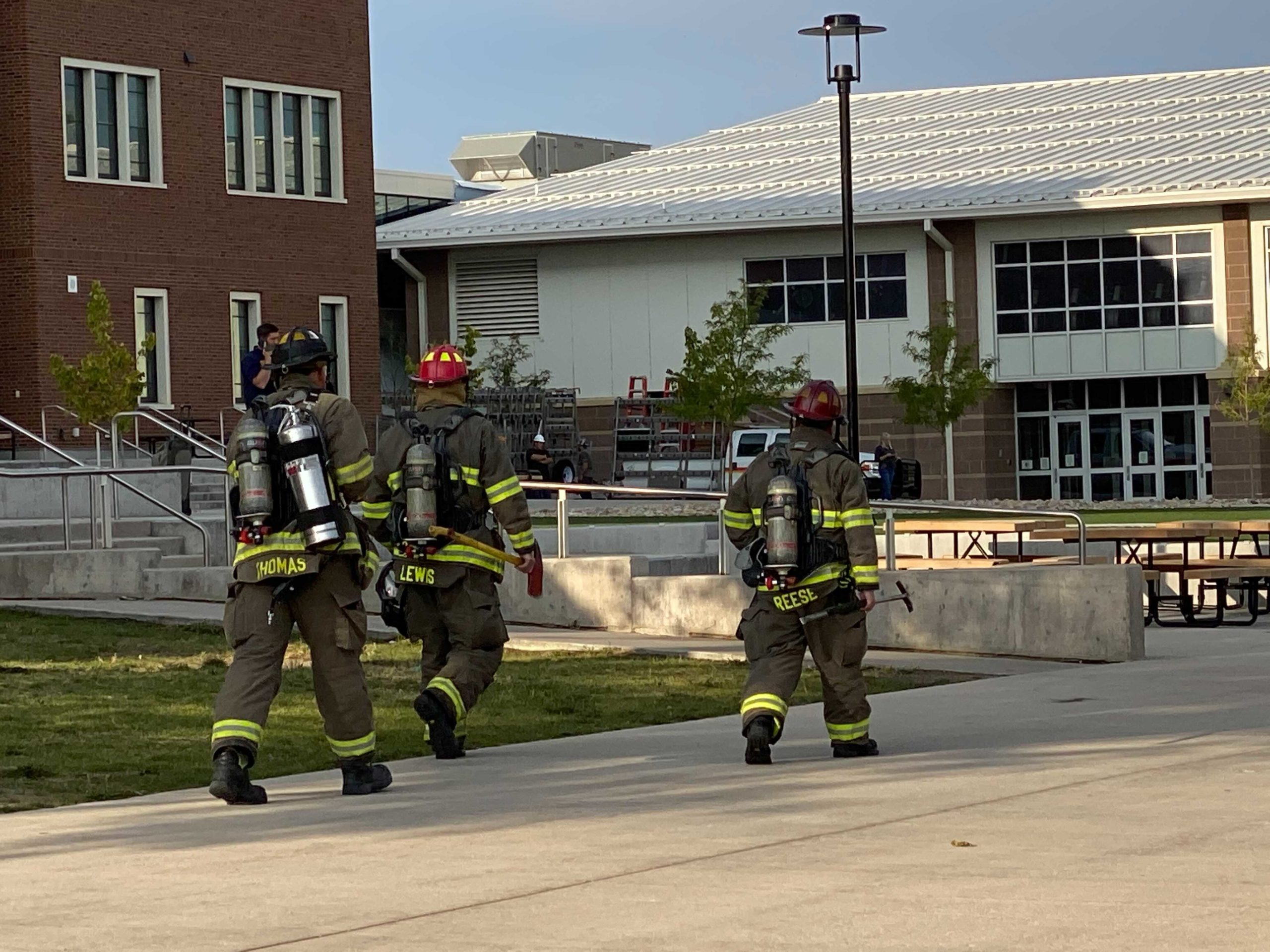 CASPER, Wyo. — Fire officials say that a response from Casper Fire-EMS to Natrona County High School was the result of a restroom garbage can fire. Students and staff were evacuated from the building while emergency crews were on scene Thursday.

A statement sent out on Thursday morning from Casper Fire-EMS confirms that firefighters were summoned to Natrona County High School in Casper just after 8:00 a.m. September 23.

“While en route, responding units were notified by the local 911 dispatch center that a garbage can in the girl’s bathroom was on fire,” firefighters said in the written statement. “Firefighters arrived on scene to find light smoke in the girl’s bathroom and some smoldering trash in a garbage can, which had been extinguished by school district staff prior to the arrival of Casper Fire-EMS.”

Four engines, one truck, Casper Fire-EMS Deputy Chiefs, and a Training Officer reportedly responded to the call. NCHS students and staff had evacuated the school prior to the arrival of firefighters and no injuries were reported.

“There was no damage to the school and the fire is currently being investigated,” firefighters said. “Crews verified that no other fires were present in the school while on scene.”

Casper Fire-EMS took the occasion to address what some people have called a “trend” on social media, involving students vandalizing school restrooms.

“Recently, reports have emerged across the country of students damaging school bathrooms in relation to social media posts and challenges,” Casper Fire-EMS said. “[We] would like to take this opportunity to remind residents that fire is a tool and should not be played or experimented with.”