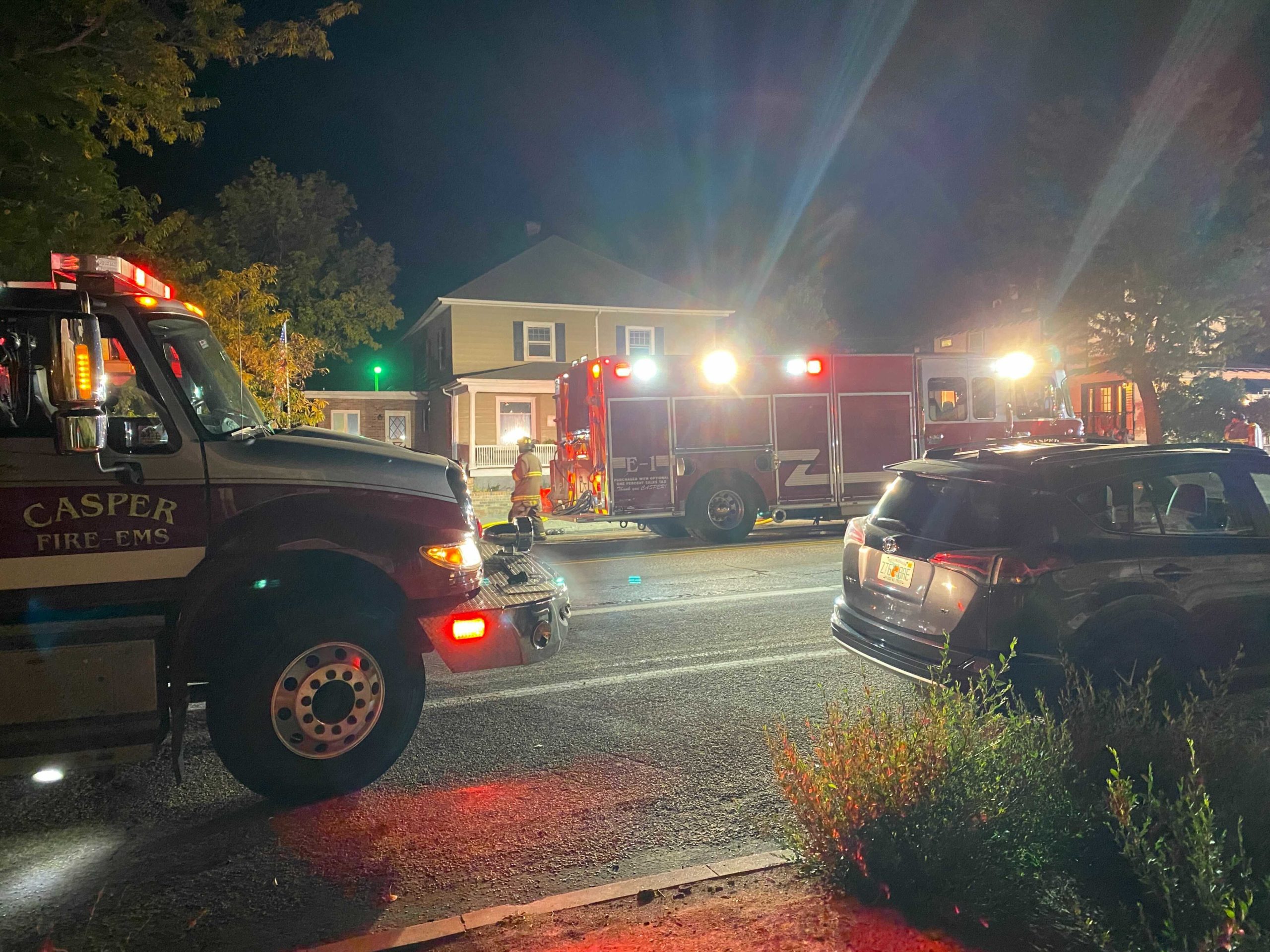 CASPER, Wyo. — No injuries have been reported in a fire whose cause remains under investigation Thursday morning.

According to a statement released by Casper Fire-EMS, crews responded at approximately 7:33 p.m. Wednesday to a reported structure fire on the 800 block of Casper’s South Durbin Street.

“First arriving units noted smoke throughout the home and were able to locate and quickly extinguish a small fire on the ground floor,” the Casper Fire-EMS statement said. “Units also performed a rapid search of the residence to ensure the evacuation of all occupants.”

The cause of the fire is still under investigation. There were no injuries reported as a result of the fire.

Four engines, one rescue truck, one ladder truck, and the on-duty Battalion Chief are said to have responded, along with Chief Officers and an Investigator. Casper Fire-EMS also received assistance from the Casper Police Department, the Wyoming Medical Center, Rocky Mountain Power, and Black Hills Energy.

“Casper Fire-EMS would like to remind everyone that having a plan of evacuation for your residence is highly recommended. All occupants, especially young children, should know more than one way to get out of their house and have a designated meeting spot,” Casper Fire-EMS says. “Practicing home safety drills with your family ensures that in a true emergency all persons are comfortable and capable of following the evacuation plan.”