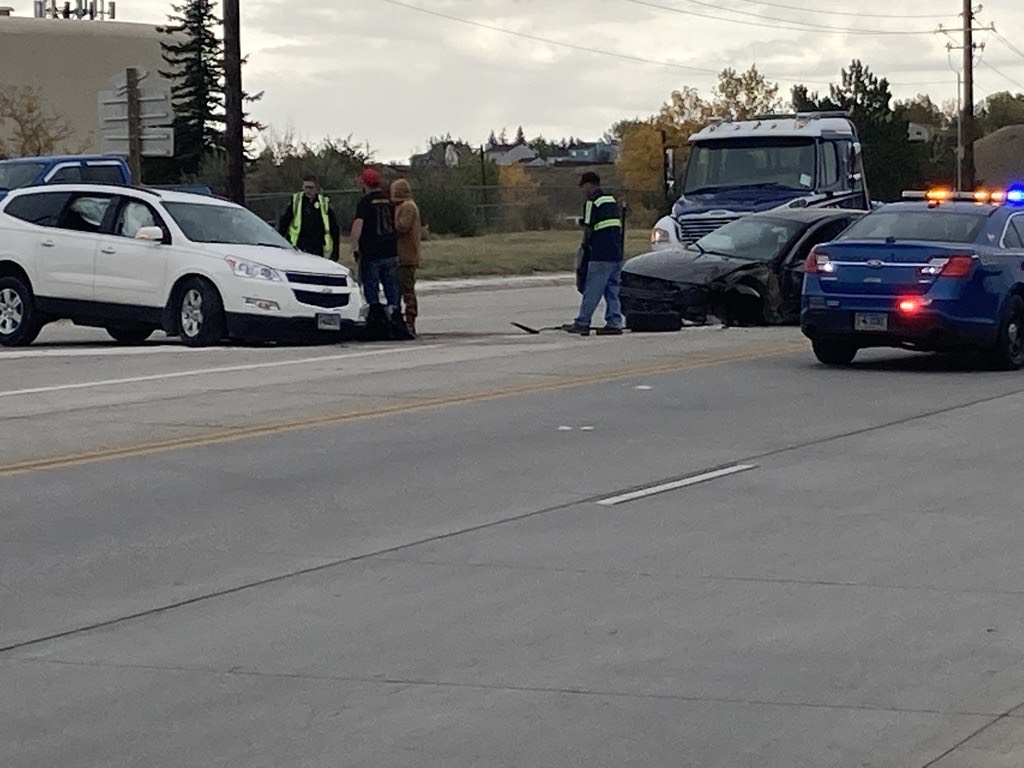 CASPER, Wyo. — Emergency vehicles responded to a crash involving two vehicles on Outer Drive (WYO 258) in Casper on Monday afternoon. The crash occurred near the intersection of South Poplar Street and Outer Drive.

Two people were transported to the hospital with what Casper Police Officer Mitch Hill described as minor injuries sustained in the crash.

The crash forced the temporary closure of Outer Drive. The road was still closed as of 3:25 p.m. Monday. With tow trucks beginning to move vehicles, Hill said the road would likely reopen in around 15 minutes.

Citations for violations are likely to be issued but the crash remains under investigation. Driving under the influence is being investigated as a possible contributing factor to the crash.