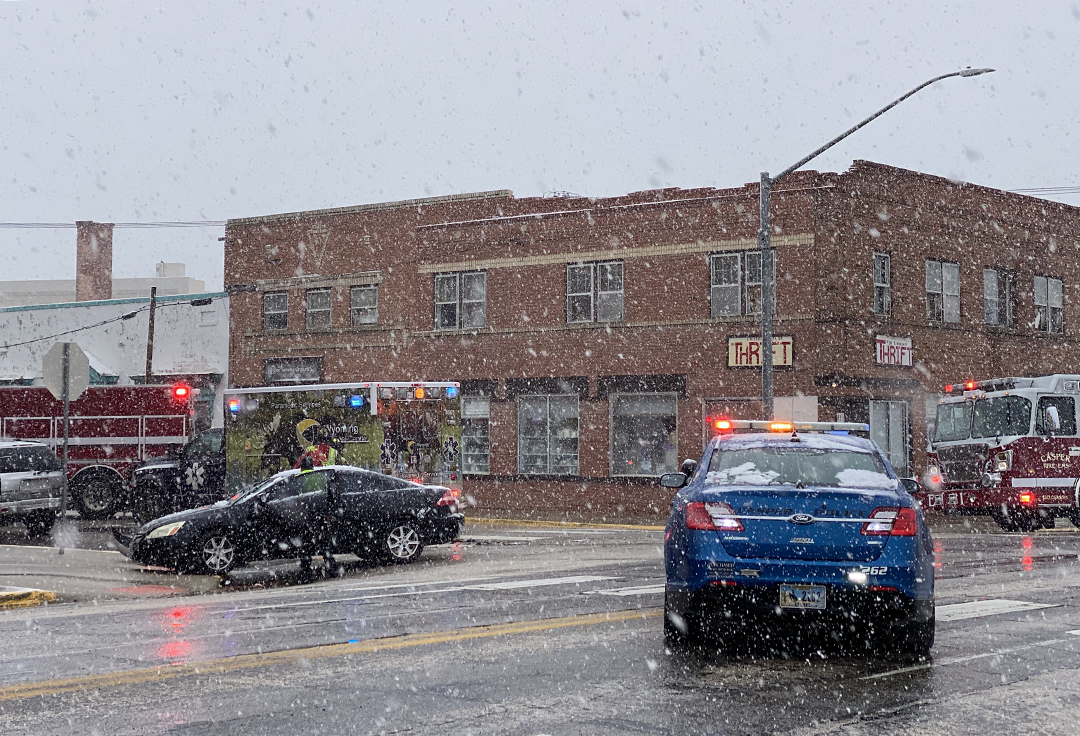 CASPER, Wyo. – A two-car crash blocked the intersection of Fifth and Wolcott Streets on Tuesday afternoon.

A witness says the crash happened when one vehicle on Fifth drove into the path of an oncoming vehicle heading south on Wolcott.

A driver of one of the vehicles walked to an ambulance for on-site treatment while police talked with the driver of another vehicle.

More information will be added when available.