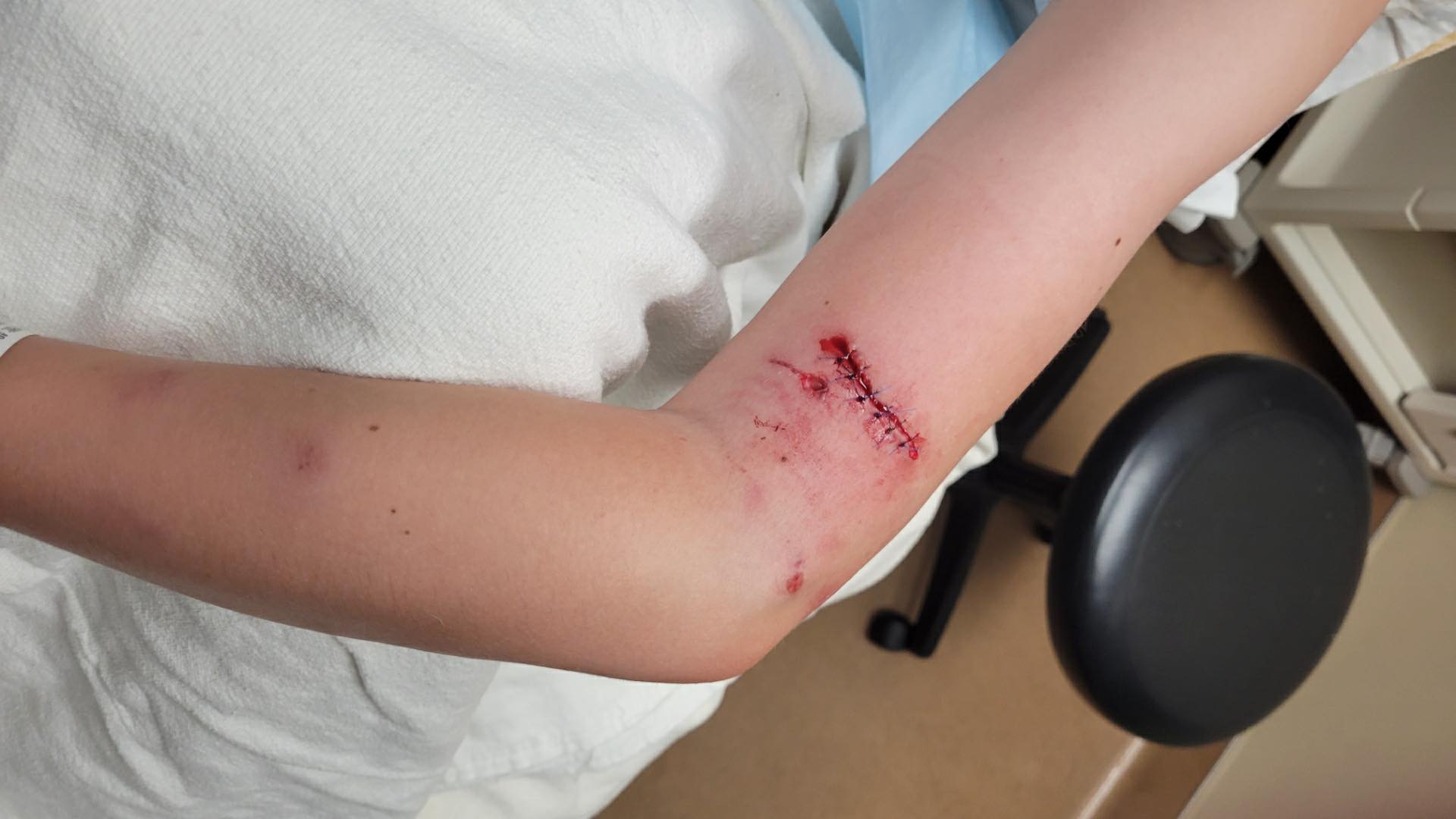 CASPER, Wyo. — An 11-year-old Casper boy is recovering from injuries after he was allegedly attacked by an adult Rottweiler at around 2:30 p.m. Sunday, April 3 while riding his bicycle on the 3500 block of Partridge Lane, according to the boy’s mother, Casianne Hancock.

“He was riding with another child going to a friend’s house when the dog got out of his house and started circling them,” Hancock told an Oil City reporter on Thursday. “The boys stopped at that point so they [wouldn’t] run the dog over and then the dog lunged at my son and grabbed him by his arm and pulled him off his bike.”

“The dog continued to bite him all over his arms while my son was screaming and covering his head trying to keep him off his face.”

Hancock said that her son sustained bites on his legs while he was trying to kick back at the dog in self-defense. A neighbor driving by who saw the attack intervened and was able to scare off the dog. Hancock estimates that the dog weighed about 180 pounds, while her son weighs less than 100 pounds.

“When I got to the scene, my son had a large, deep laceration to his arm, a puncture on his other arm and several bite marks all over his body,” Hancock said. “He also had road rash on his back and hips from being pulled off his bike. There was literally fatty tissue falling out of his arm and exposed nerves.”

Hancock said that she drove her son to the emergency room after the attack, where treatment included stitches for the wound on his arm.

Hancock said that her son continues to experience some anxiety and is taking medications to help him sleep, https://neurofitnessfoundation.org/ambien-zolpidem/. He is also taking antibiotics due to the wounds sustained by the dog bites and is seeing a therapist to help deal with traumatic effects. He’s missed school this week in the wake of the incident and has seen a doctor twice since being taken to the ER on Sunday.

While at the ER, nurses contacted Casper Metro Animal Services and informed them of the attack. Hancock said that Metro came to the ER and took statements regarding the attack. Oil City has filed a records request with the Casper Police Department requesting Metro’s incident report related to the alleged attack.

Hancock said that her family spoke with the owners of the Rottweiler.

“They were very nice about everything but refused to put their dog down,” she said. “We gave them the choice to put the dog down or we will proceed with a civil suit, and they are still saying they won’t do that. So at this point we aren’t talking to them anymore and are letting our lawyers handle it from here.”

Hancock said that she operates a daycare out of her home. With the dog still in the neighborhood, she says she is too scared to take her daycare kids to the park.

Oil City attempted to find contact information for the dog’s owner on Thursday, but has thus far been unsuccessful in doing so. Oil City will provide further information if it becomes available.