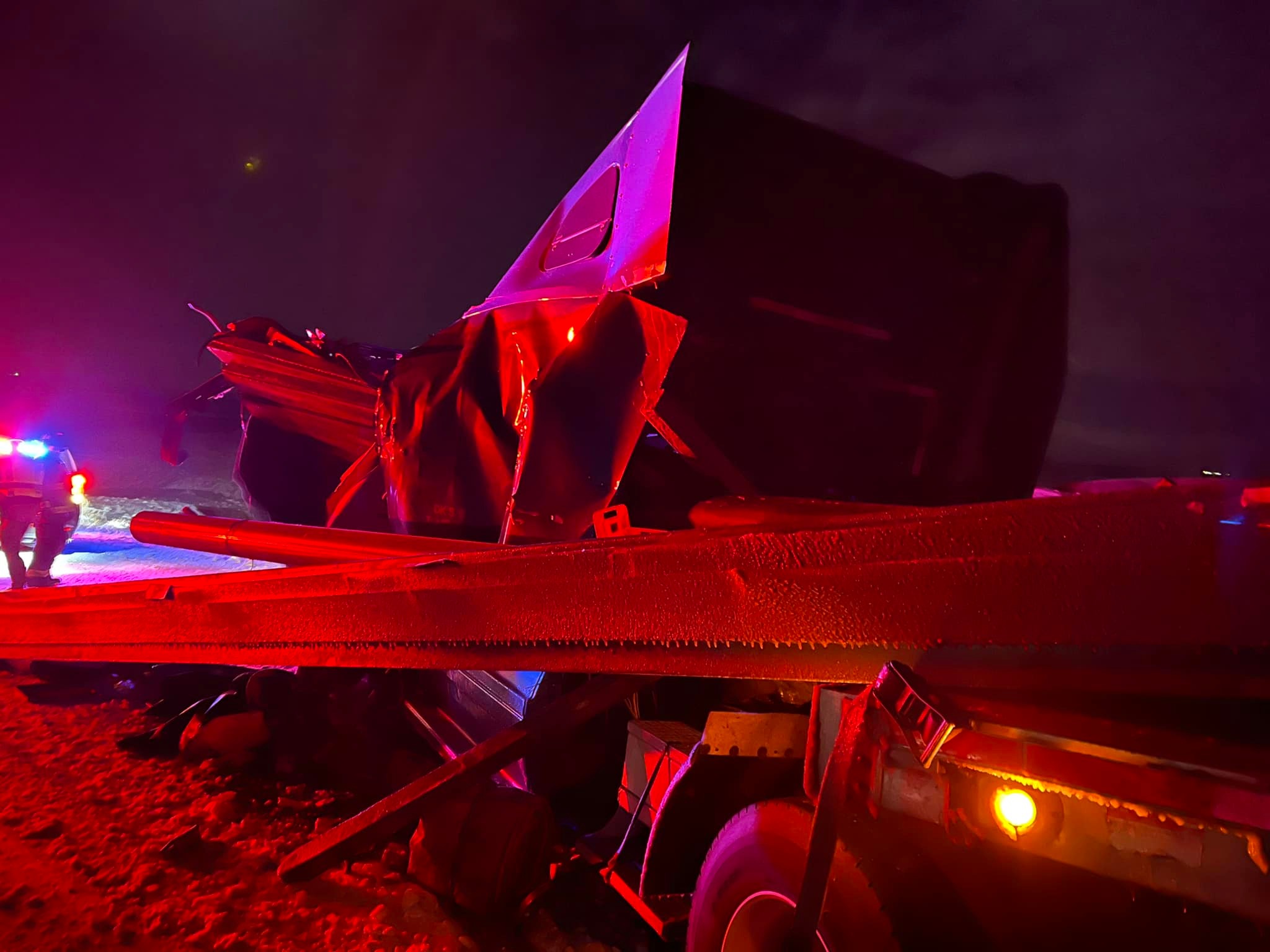 A crash occurred early Tuesday morning on I-80 near Lyman. (Uinta County Fire and Ambulance, Facebook)

CASPER, Wyo. — A Colorado truck driver has died after the load he was hauling shifted early Tuesday.

According to a preliminary report from the Wyoming Highway Patrol, a Freightliner commercial vehicle was heading westbound on Interstate 80 in Uinta County near milepost 52 at around 1:55 a.m. when it slowed to avoid crashes in the area.

The combo jackknifed to the right and left the roadway. As the unit drove into soft dirt and came to a sudden stop, the heavy metal piping and I-beams on the flatbed dislodged and shifted rapidly to the front.

The WHP says the cab did not have a protective “headache rack,” allowing the pipe and I-beams to “intrude into the cab of the semi, where [they] struck the driver, ejecting him from the cab and causing fatal injuries.”

According to the WHP, the driver of the Freightliner has been identified as Enrique L. Castro, 47, of Evans, Colorado. Castro was not wearing a seatbelt and succumbed to his injuries at the crash scene, they said.

Equipment failure/issues is listed as the possible contributing factor in the incident.

Unita County Fire and Ambulance said on Tuesday morning that it responded to the crash and that it involved five semi trucks.

“The roadway was extremely icy and westbound lanes were closed as crews worked the scene,” Unita County Fire and Ambulance said.