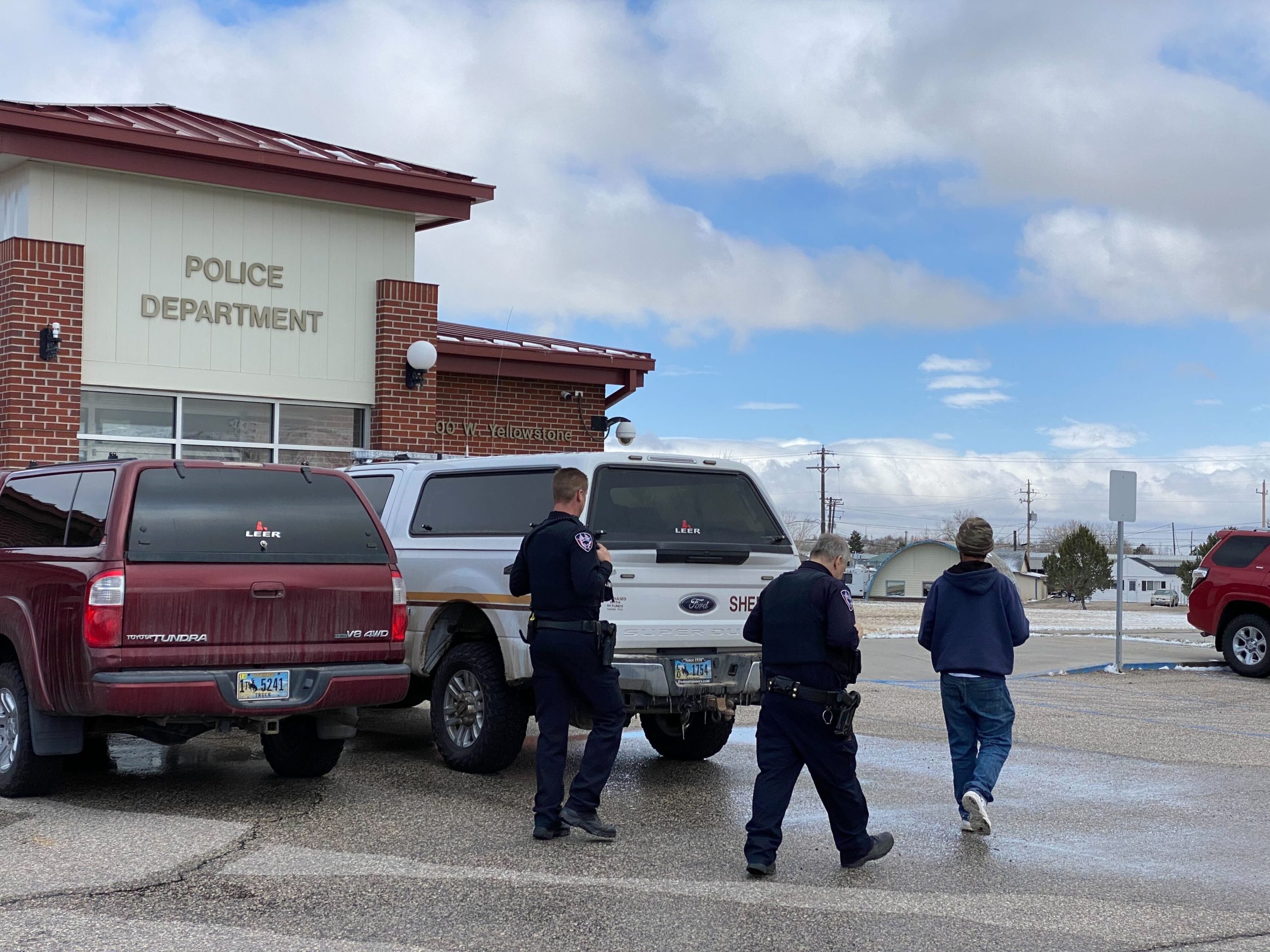 Casper Police officers waling with Delbert Spence Sr. after locating him at a McDonald's on Tuesday. Spence was set to undergo a medical evaluation to ensure his safety after being reported missing on Monday morning. (Dan Cepeda, Oil City)

UPDATE: Delbert Spence Sr. was located at a McDonald’s restaurant in Casper on Tuesday afternoon after being reported as missing on Tuesday morning, according to Natrona County Sheriff’s Office Public Information Officer Kiera Grogan.

Grogan said that tips from members of the public who thought they had seen Spence at the West F Street McDonald’s led searchers to check that location, where he was ultimately found. She added that Spence will undergo a medical evaluation to ensure his safety.

Mills PD reported Spence as missing on Tuesday morning, saying that he had walked away from his residence at around 6:30 p.m. Monday, April 11.

NCSO Public Information Officer Kiera Grogan told Oil City that the search effort is being set up in Mills. She said that other information available at this time is limited, but that updates will be provided if those become available.

Spence is described as 5 feet, 10 inches tall. He may be wearing blue jeans, a gold and blue colored coat and white Fila shoes.

“If you have recently been in contact with him or have information on his location, please call the Mills Police Department at 307-266-4796 or Natrona County Sheriff’s Office at 307-235-9282,” NCSO said in its press release.