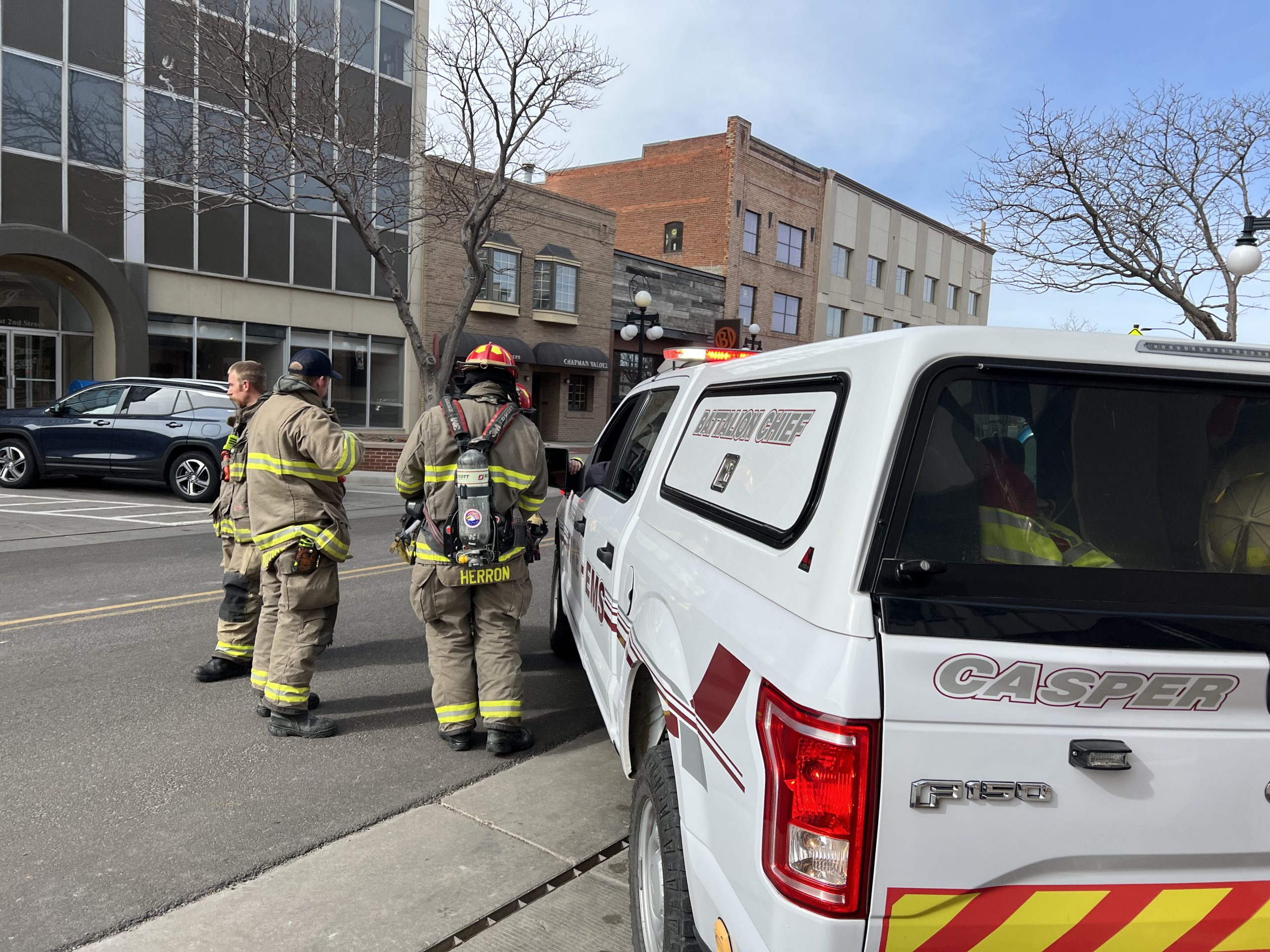 UPDATE: Second Street has been reopened as of 10:15 a.m. Tuesday and fire crews have cleared the scene.

CASPER, Wyo. — Firefighters with the Casper Fire-EMS Department are responding to a report of a structure fire at the Branding Iron on Tuesday morning, with crews on scene as of 9:45 a.m.

Casper Fire-EMS Public Information Officer Patrick McJunkin said that crews found a small amount of debris burning and producing smoke, describing the fire as “very small.” He said that the fire is out and crews are working to ventilate the building.

McJunkin added that no injuries have been reported as a result of the fire.

Second Street is closed to traffic between David Street and Center Street. McJunkin said the street should reopen after the building has been ventilated, estimating that it may remain closed for roughly half an hour. He added that the cause of the fire remains under investigation.