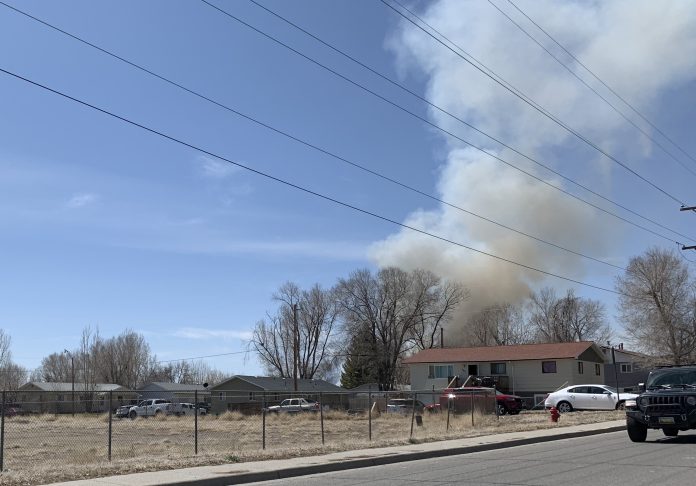 (Riverton, WY) – A structure fire on the 300 block of Kinnickinnick Drive was reported just before 1 p.m. Monday April 18. Below is the latest update from the Riverton Fire Department Chief Brian Hutchins.

“Riverton Volunteer Fire Department was dispatched to a structure fire. Upon arrival, there was heavy fire load in the house. It was confirmed there were two occupants unaccounted for. A search was conducted and two deceased occupants were found.

“RFD had 3 pieces of equipment on scene. Engine 3, Truck 10, and Rescue 1. There were 15 firefighters on scene as well. RFD was aided by RPD, Fremont County Sheriff’s Office, Frontier Ambulance, and Fremont County Coroner’s Office.Advertisement

“The fire is being investigated as an accidental fire by the Wyoming State Fire Marshals Office.”