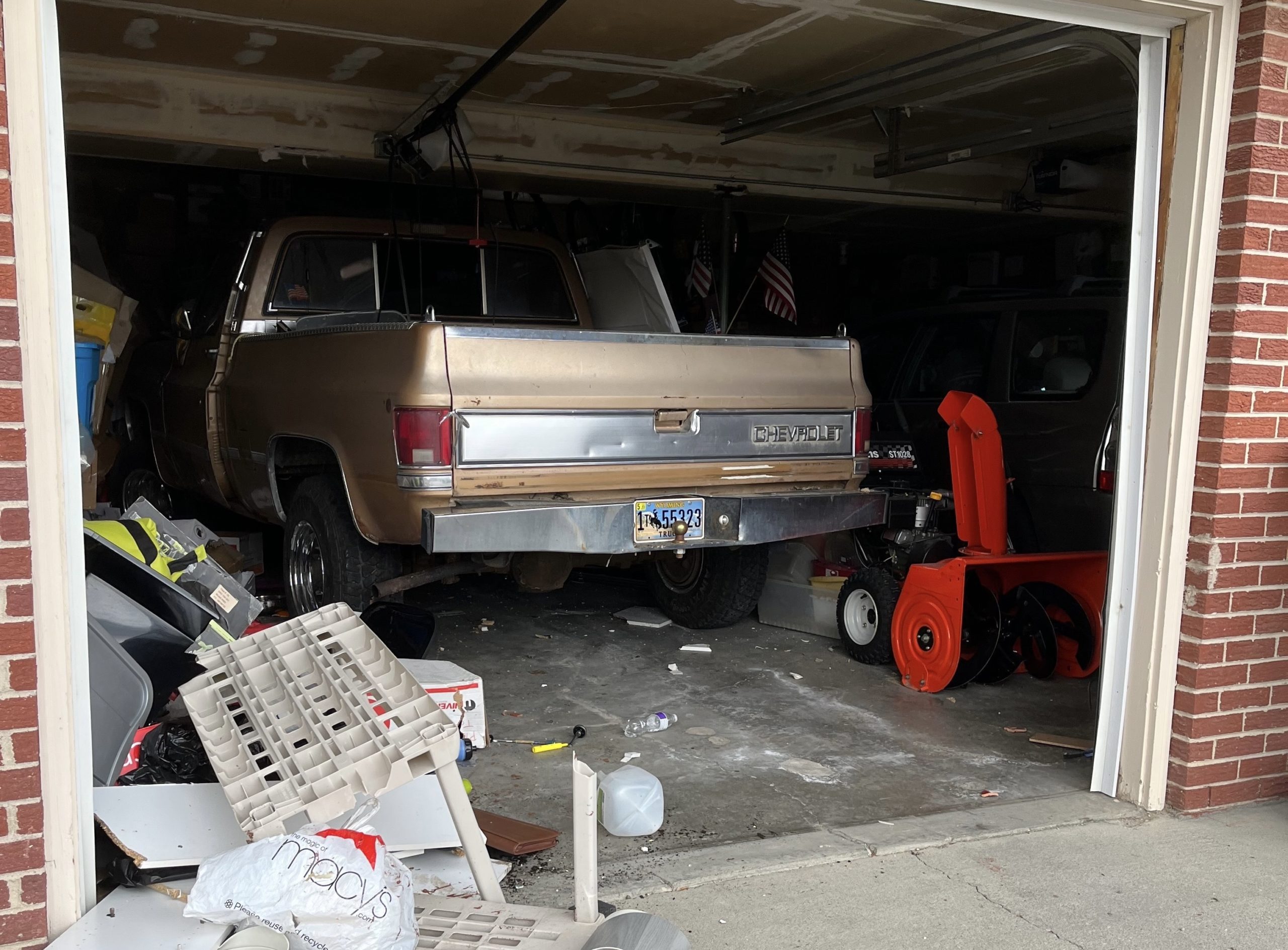 A truck crashed through the garage door of a home on the 700 block of Shannon Drive on Tuesday afternoon. (Contributed photo)

NOTE: This story has been updated with information from the Casper Police Department.

CASPER, Wyo. — A trucked crashed through the garage door of a double stall garage on Tuesday afternoon, causing damage to the residence on the 700 block of Shannon Drive.

Before crashing into the garage, the truck passed through a yard on the 4000 block of Swanton Avenue, according to Rebekah Ladd, public information officer with the Casper Police Department. The driver of the truck “appears to have accidentally accelerated then over corrected” leading up to the crash, according to Ladd.

Occupants of the vehicle sustained only minor injuries, Ladd said. She did not know whether citations had been issued as a result of the crash.

The homeowners were not home when the crash occurred, but returned home from work to find emergency personnel on scene on Tuesday afternoon. The vehicle impacted the wall at the back of the garage, causing damage to the back side of the home, the homeowners told an Oil City reporter on scene.

Fire-EMS personnel assessed the structure for damage and provided some structural shoring to help hold up the structure until the homeowners can get a contractor in to further assess the damage for repairs, according to Andersen.

The homeowners said there were mostly empty boxes on the side of the garage the truck came through. Their Subaru Outback was parked in the other stall.