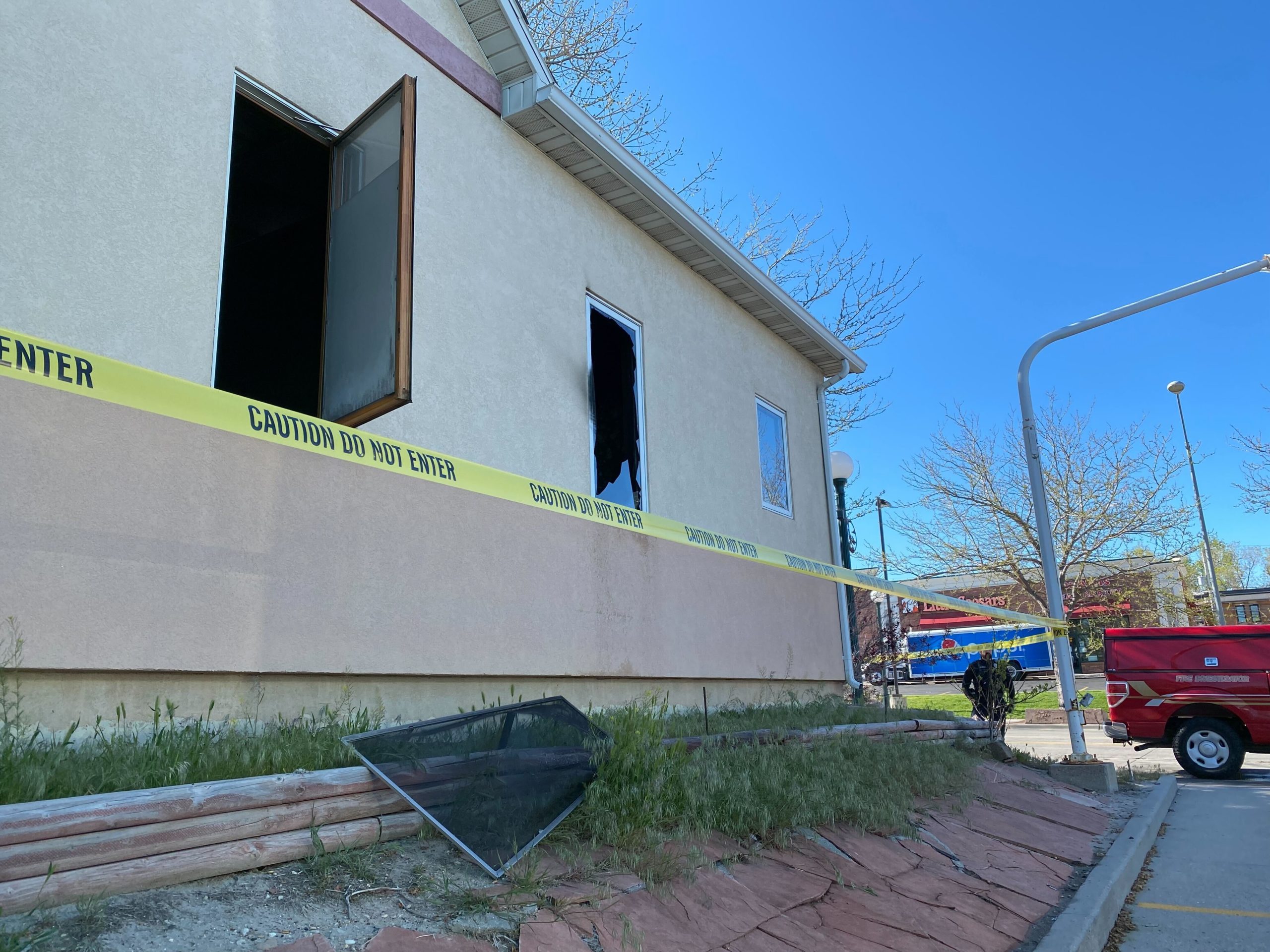 The site of Casper's new abortion clinic in the 900 block of East Second Street was taped off Wednesday morning after a fire. (Dan Cepeda, Oil City News)

UPDATE: The Casper Police Department released a statement at around 9:15 a.m. The story has been updated accordingly.

East Second Street between McKinley and Jefferson Streets was blocked off as of 8:50 a.m. as Casper police and Casper Fire-EMS crews tended to the scene. Investigators were inside the building, which had obvious signs of fire damage.

The fire was reported at 3:50 a.m., according to a Casper Fire-EMS news release. Firefighters entered the building and found a small fire, which was quickly extinguished. Five units responded to the scene, the release states.

“We had a report of smoke coming out of one of the windows that was broken into, possibly due to being set on fire with gasoline,” a dispatcher told responding crews.

No injuries were reported. The extent of the damage was not yet reported as of 8:50 a.m.

At about 9:15 a.m., Casper police said officers responded to the scene for a reported burglary. When officers arrived, they saw smoke rolling out of the windows.

“The initial caller stated they witnessed an individual running away from the building with a gas can and black bag. At this time investigators believe the fire to be intentional,” the department’s release states. “Investigators are currently reviewing footage from the area to provide a description of the suspect. … Additional information will be released as it becomes available.”

On Wednesday morning, Burkhart told Oil City News it appears there was vandalism and fire damage at the site.

“We don’t know how extensive it is at this point,” she said, adding she hasn’t been allowed access to the building yet.

The clinic was slated to open mid-June, Burkhart said. Work on the building was essentially done, minus some finishing touches, she said.

The clinic has drawn peaceful protest since it was announced. On April 21, abortion opponents gathered at an empty lot at the intersection of Second Street and Jefferson to pray.

“We are just an unorganized prayer group of people wanting to come and pray peacefully, and to give that meaning we’re having every individual sign a peace agreement,” said Bob Brechtel, a former state legislator, at the time.