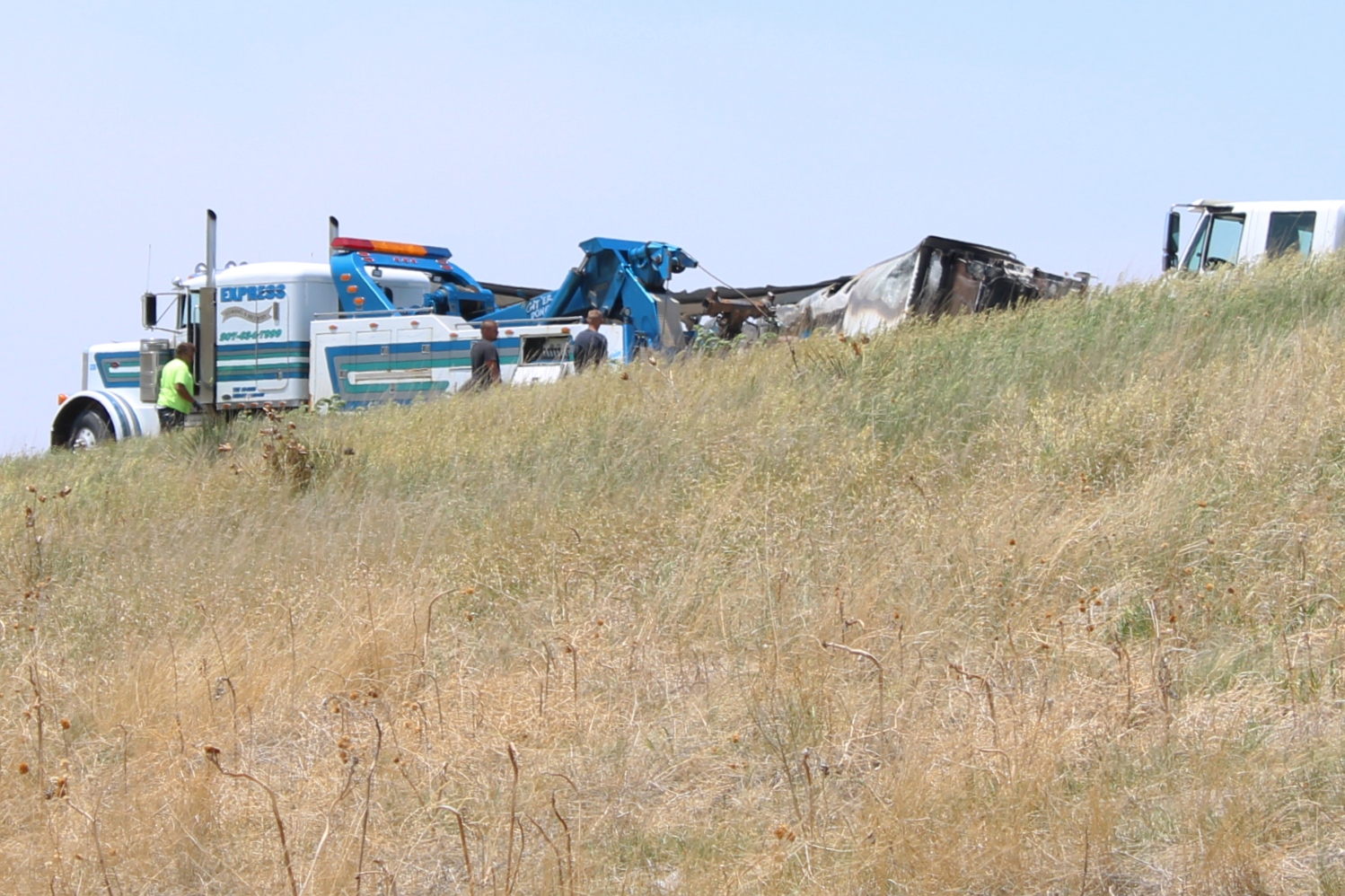 Cleanup crews work at a crash site on Interstate 80 eastbound Friday afternoon near Burns. Two semi trucks were involved in a fatal crash on the highway early Friday morning, resulting in the interstate being closed for much of Friday. (Briar Napier/Cap City News)

I-80 eastbound is expected to stay closed most of Friday while clean-up and investigation occurs, the WHP said in the press release shared at around 11:45 a.m. Friday. Traffic is being re-routed to the I-80 Frontage Road.

Troopers were notified of the crash at 1:21 a.m. Friday. The crash occurred when a semi driver lost control and the truck and trailer rolled over and stopped in the roadway around milepost 383. A second semi headed east collided with the overturned semi and both vehicles “immediately became engulfed in flames,” the WHP said.

“The make and models of both commercial trucks are still being investigated due to intense fire,” the WHP’s Friday afternoon press release said. “The investigation is still ongoing for the identity of all occupants involved.”

There were no hazardous materials being transported involved in the crash, the WHP said.