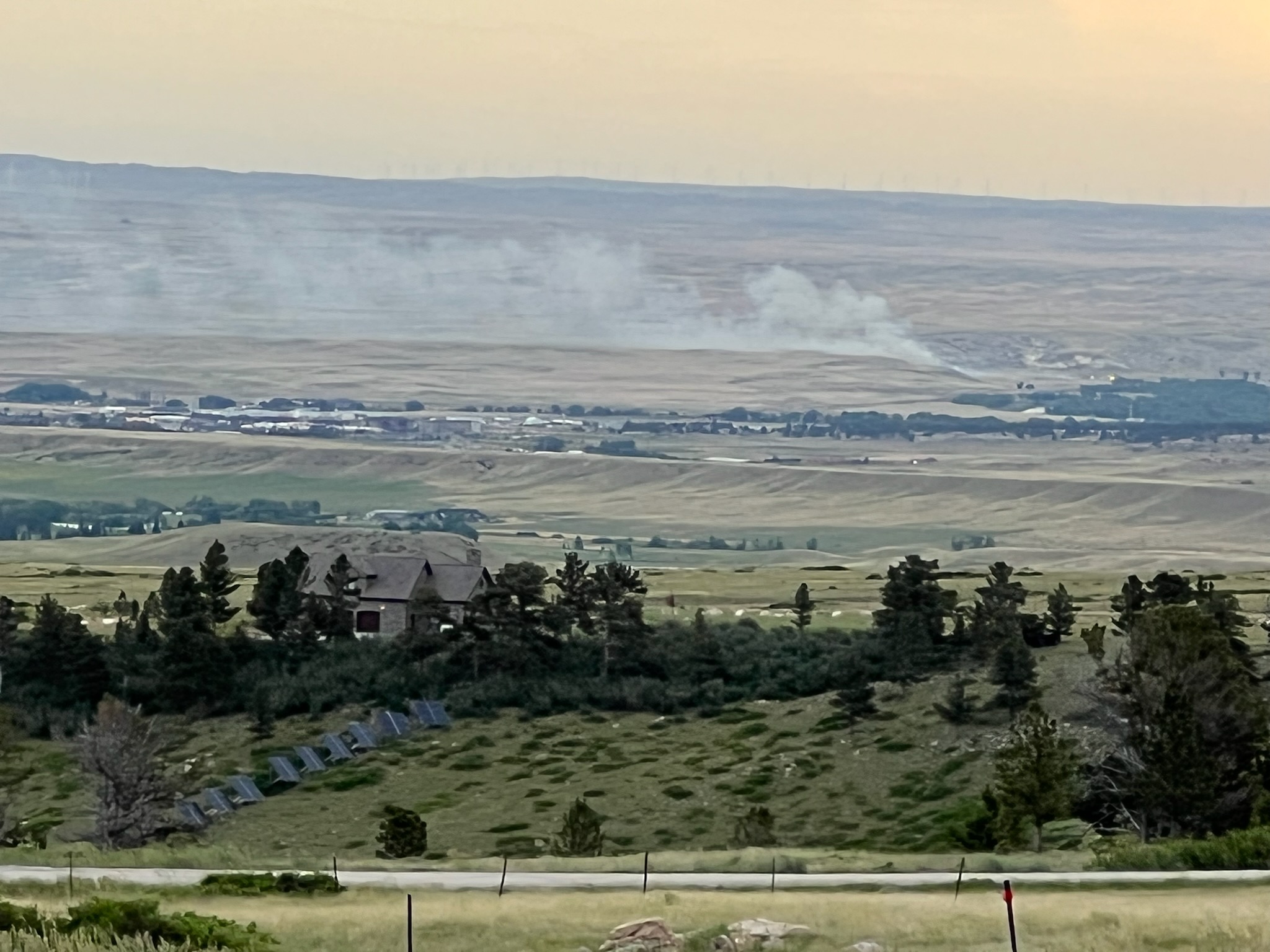 An updated version of this breaking news story is available by clicking here.

UPDATE, 9:45 p.m.: The Natrona County Sheriff’s Office is reporting that the wildland fire is contained.

The road is closed at East Yellowstone Highway and South Hat Six Road while personnel work to ensure the fire is no longer a threat and until “it is safe to reunite residents with their homes,” the post states.

Rocky Mountain Power is reporting outages in the area.

UPDATE, 9:25 p.m.: At 9:20 p.m., the Natrona County Sheriff’s Office shared that due to “immediate and imminent danger, emergency personnel are currently working to evacuate residents, pets and livestock” in the area of Alexander Road, Geary Dome Road, east of Cole Creek Road and north of the Platte River.

The social media post urged residents in the area to evacuate now. Evacuation routes include traveling away from Cole Creek north toward BB Brooks, the sheriff’s office said.

CASPER, Wyo. — Residents in the area of Coal Creek Road and Geary Dome Road are being evacuated tonight as a wildfire burns east of Casper.

Multiple agencies have responded to the blaze, the Natrona County Fire District announced.

“Please stay away from the area,” NCFD said, adding that there are also reports of power lines down in the area of the fire.

The Wyoming Department of Transportation announced that it has closed Wyoming 256/Cole Creek Road near Casper at milepost 0.2 because of the wildfire.

This is a breaking news story. More information will be released when it becomes available.

Correction, July 5, 2022: This story has been corrected to indicate that the fire is burning east of Casper.