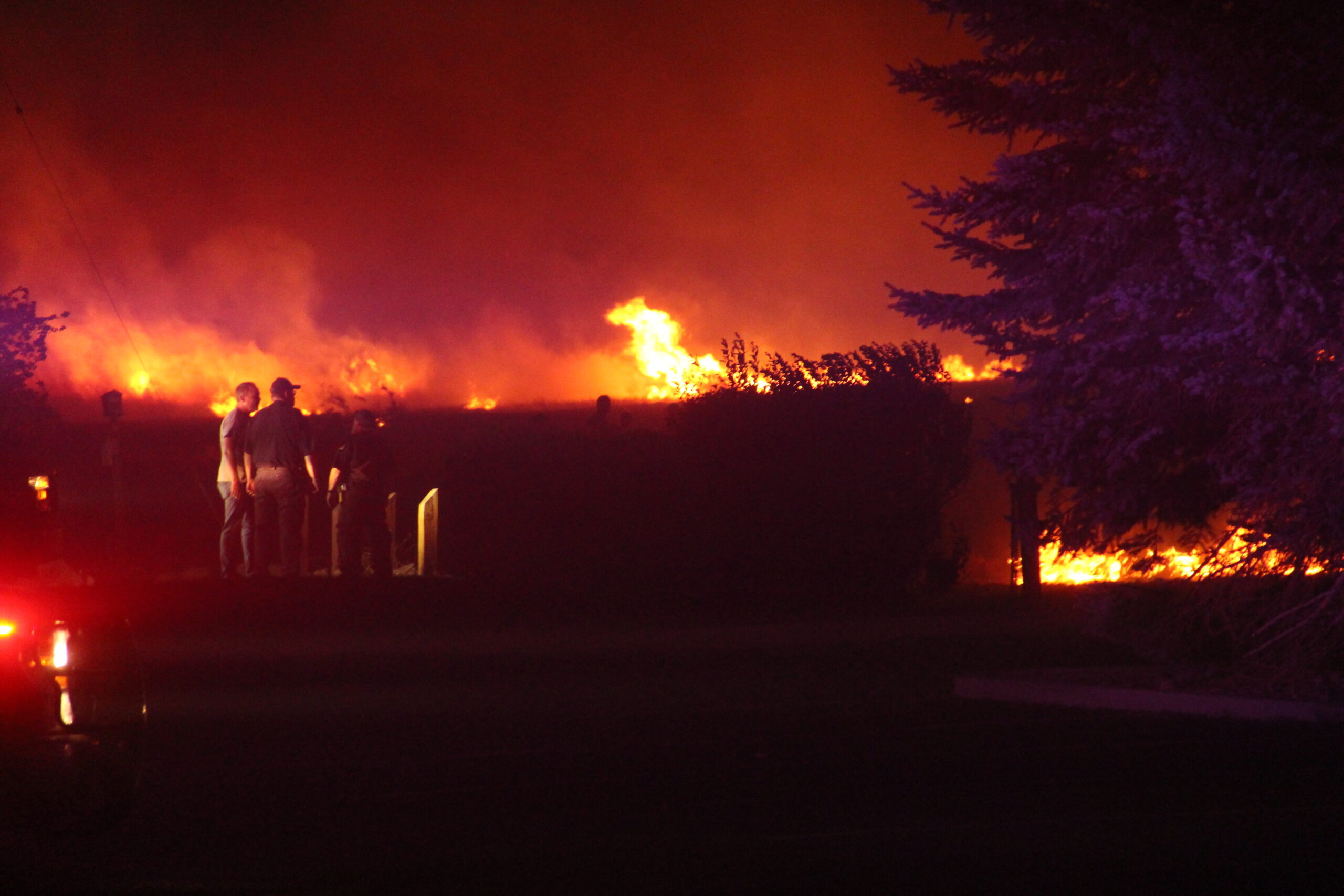 CASPER, Wyo. — Firefighters worked quickly to extinguish a wildland fire in the Wolf Creek area of Casper — behind the west-side Walmart — on Wednesday.

Shortly before 10 p.m., first responders were alerted to a blaze in the area. Deputies arrived on scene and began evacuating residents whose homes were threatened by the blaze, the Natrona County Sheriff’s Office said on social media.

By about 10:30 p.m., the fire was extinguished and crews were conducting mop up in the area.

“Everything knocked down from Puma … until about 2/3 of the way towards Moose,” responders told dispatchers at around 10:15 p.m.

“You can log fire on Puma contained,” responders told dispatch at 10:27 p.m.

Wolf Creek resident Kristan Limmer said she saw the fire from her back porch and went up the street. It appeared the fire started in a field, she said, and spread rapidly in the wind.

“Every single neighbor had hoses over their back fence,” Limmer told Oil City News. “It was all the way up to the edge of those people’s houses.”

Personnel were staging in multiple areas, including the area of the Church of Jesus Christ of Latter-day Saints and in a parking lot at Wyoming Boulevard and Eagle Street.

People are asked to avoid the area.